In a Toledo barbershop, the men discuss what is justice and what's not enough. 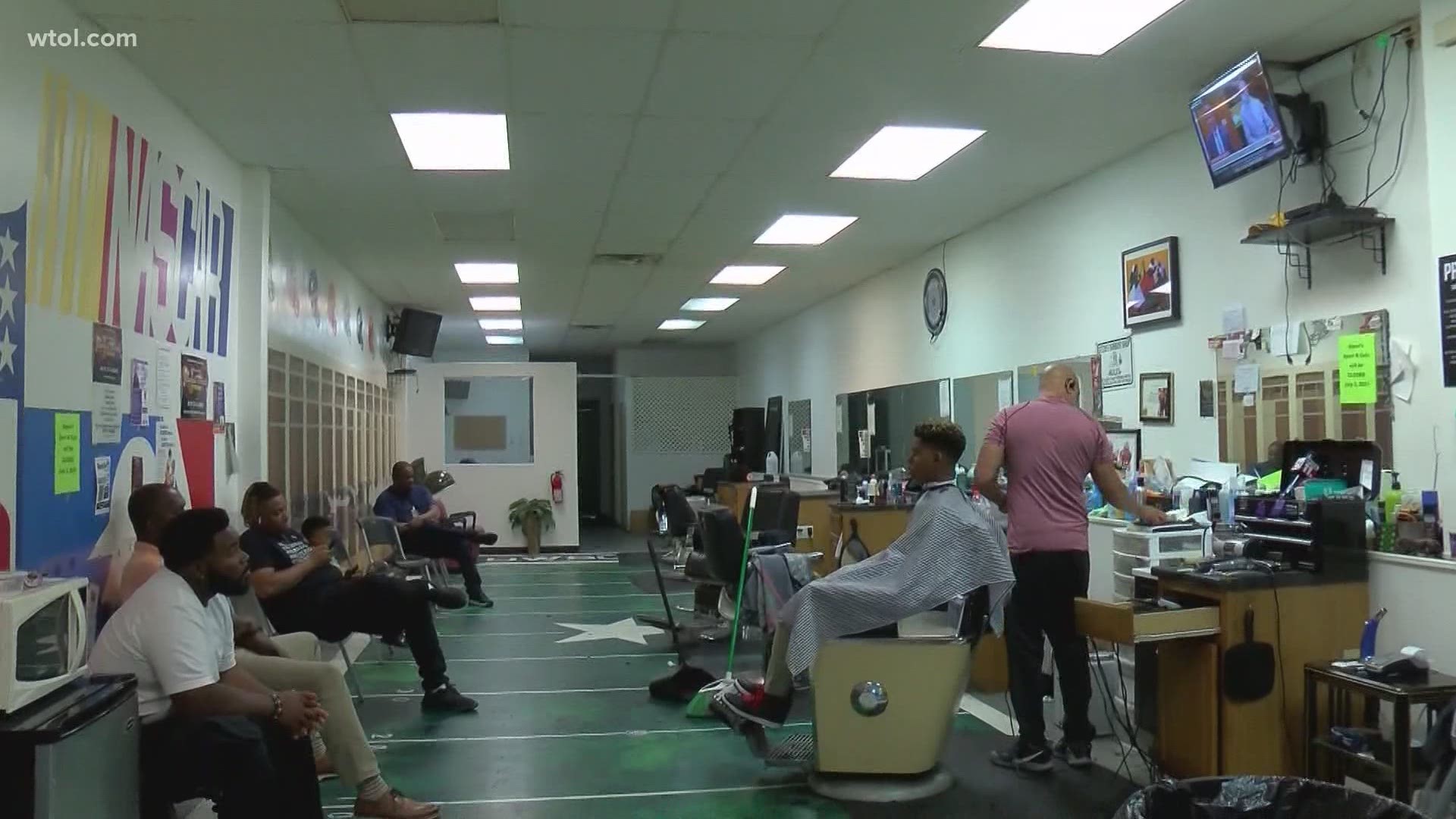 TOLEDO, Ohio — The video of George Floyd being killed moved people across the United States to action.

Here in Toledo, we saw protests.

Emma Henderson went to the barbershop with one of those local activist leaders.

Lots of life is about waiting and at Steve's Sport-n-Cuts, they're busy.

For Julian Mack, it's all about the company you keep when waiting for your turn.

No place is that more true than in a barbershop.

"The barbershop is the black man's country club. It's the center of our culture."

Sports, family and politics are not off the table, but today everyone's eyes were on the TV waiting for the sentencing of Derek Chauvin in the death of George Floyd.

"We don't have to explain about the 10 different things about being a black man before we express our opinion we understand it and we get it because we've had shared experiences," Mack said.

Those shared experiences are why the sentencing is broadcast through the shop.

They want to know how much time for the death of a man who would have fit in waiting right along with them.

"We know that any of us could be George Floyd on any given day. that's something that we don't have to explain here, we all get it," Mack said.

For some the wait was worth it.. for others, the wait continues until they feel true justice has been served.

Mack said this trial is *not the end of the road for his activism... one of the things he's most passionate about is police reform.