The reason for the crash is still under investigation, but authorities say alcohol may be involved. 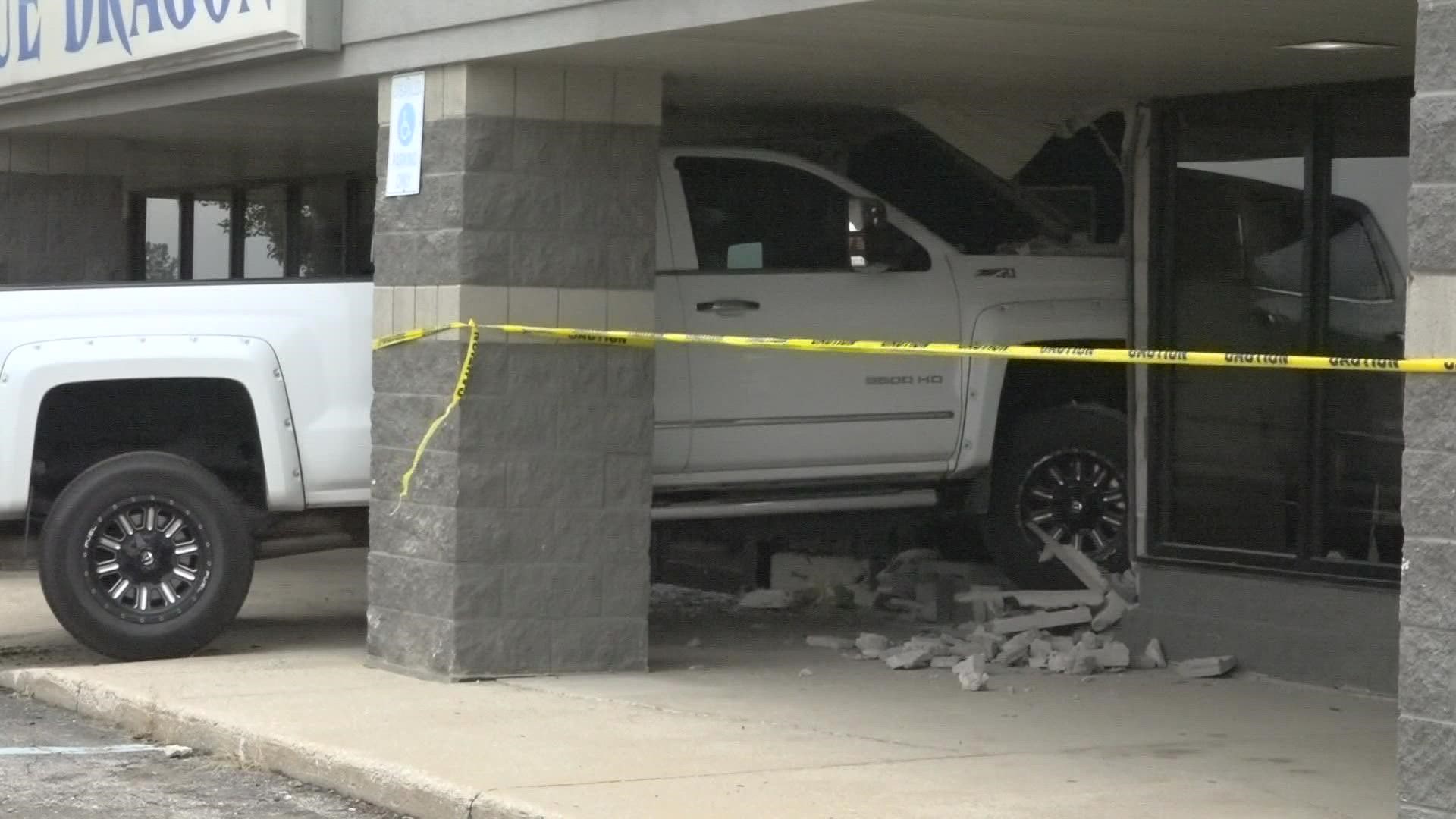 First responders were called to a crash Monday afternoon in Caledonia. A truck, driven by a 51-year-old Alto man, drove into the Farmer's Insurance agency, next to Blue Dragon Restaurant, on N. Rodgers Court.

There was no one inside the restaurant at the time of the crash, but there was one worker inside the Farmer's Insurance office next door. Melinda Litts says she was at her desk, eight feet away from the door when it happened.

"It was like thunder, the loudest noise ever," she says. "It happened fast and things just came flying at me. Luckily, I have a divider and that probably protected me from a lot of debris."

The owner of the Caledonia Crossing strip mall, Patrick Montgomery, says his phone blew up after the crash, and he's thankful that no one got hurt.

"My phone lit up with four or five calls from tenants, and I thought that was kind of odd and never happens," he says. "The foundation got a little banged up, but nothing we can't fix."

Montgomery expects repairs to take a month or two.

No one was injured in the incident. According to police and fire on scene, the truck hit a weight-bearing wall so the truck stayed in place until the damage can be assessed. Police believe alcohol could be a factor in this crash.

No one was allowed into the agency, Blue Dragon or Bangkok Chef as a precaution.

The reason for the crash is still under investigation.

►WATCH VIDEO OF THE CRASH HERE

VIDEO: A truck crashed into Blue Dragon restaurant in Caledonia Monday. No one was injured in the incident. ►FULL STORY: https://bit.ly/3lNf0Tt