Upton says he will vote to impeach Trump

Upton is the fourth Republican to announce that he will be voting for impeachment.

Trump is set to leave office next week, but after the deadly riot at the U.S. Capitol – and the president’s rhetoric surrounding it – Upton says, “Enough is enough.”

Today the President characterized his inflammatory rhetoric at last Wednesday’s rally as “totally appropriate,” and he expressed no regrets for last week’s violent insurrection at the U.S. Capitol. This sends exactly the wrong signal to those of us who support the very core of our democratic principles and took a solemn oath to the Constitution. I would have preferred a bipartisan, formal censure rather than a drawn-out impeachment process. I fear this will now interfere with important legislative business and a new Biden Administration. But it is time to say: Enough is enough.

The Congress must hold President Trump to account and send a clear message that our country cannot and will not tolerate any effort by any President to impede the peaceful transfer of power from one President to the next. Thus, I will vote to impeach.

Upton is the fourth Republican to announce that he will be voting for impeachment. However, on Monday, Republican Rep. Peter Meijer of Grand Rapids said he is "strongly considering" backing impeachment.

"We're strongly considering it,” Meijer said. “This is not the type of issue where, as time goes on, more details shed more light and maybe adds some complexity. Solely what occurred between noon and 4:17 p.m. when the president tweeted out a video saying, 'go home but we love you, you're special,' to the people who just assaulted the capitol is – to me – disqualifying. This is something, when it comes to impeachment, not to be taken lightly. But neither is an attack on the Capitol."

Upton's statement comes just hours after Vice President Mike Pence formally announced that he will not be granting a request by the House to invoke the 25th Amendment to the Constitution to declare the president unable to serve.

Now, with Pence’s refusal, the House is expected to move swiftly to impeachment on Wednesday. As it stands, Trump is on the verge of becoming the only president in U.S. history to be twice impeached. 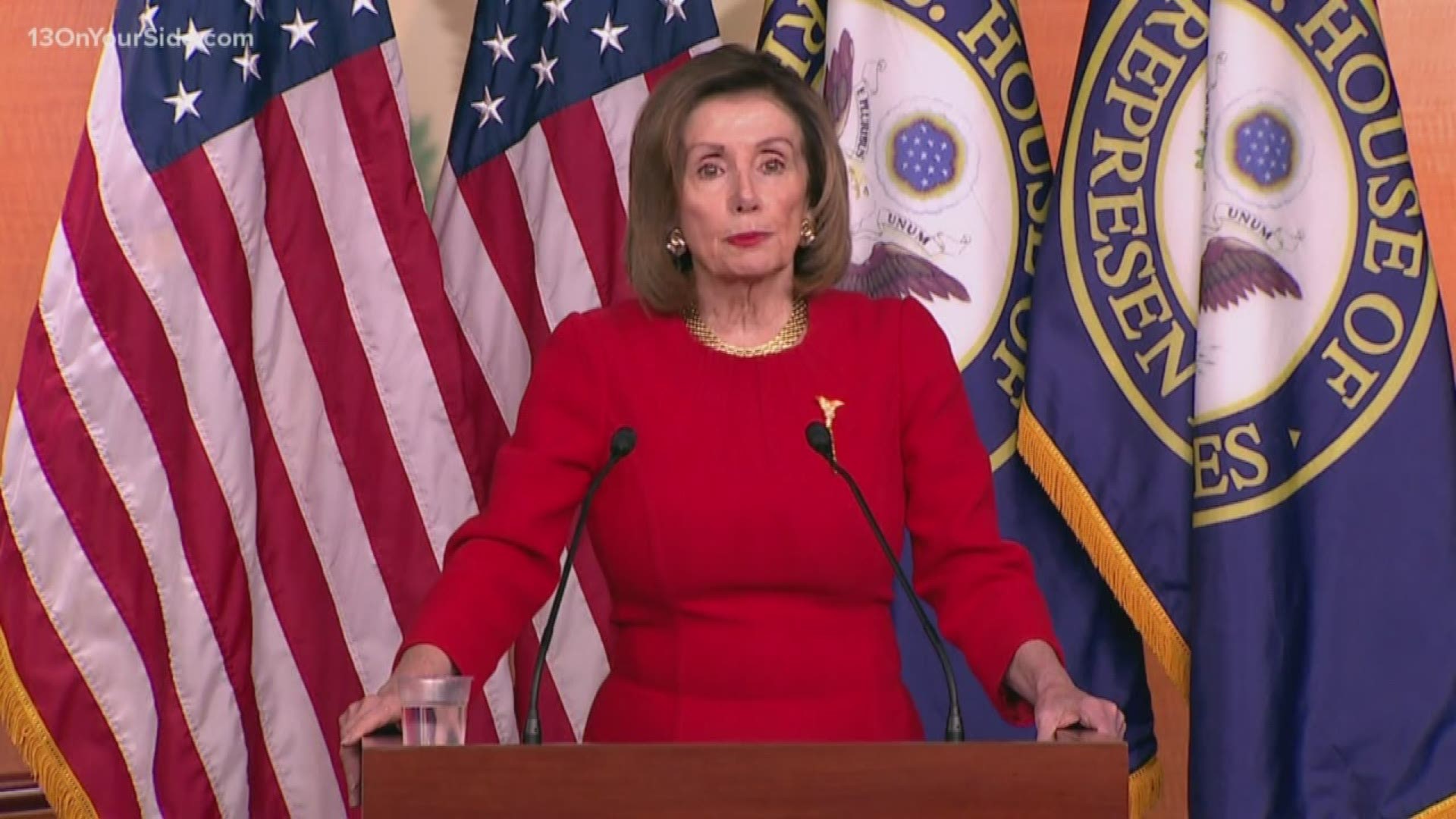