"We hold true the oath of the office of the Sheriff."

Credit: AP
In this photo provided by the Michigan Executive Office of the Governor, Gov. Gretchen Whitmer speaks during a news conference Thursday, May 28, 2020, in Lansing, Mich. Whitmer urged the federal government to give the state more flexibility to spend coronavirus rescue aid to fill budget shortfalls and to pass another round of relief funding. (Michigan Executive Office of the Governor via AP)
Author: 13 ON YOUR SIDE Staff
Published: 3:45 PM EDT July 11, 2020

On Friday, Whitmer signed an executive order requiring people to wear masks in indoor public places and crowded outdoor spaces. A violation of this order could result in a misdemeanor subject to a $500 criminal penalty.

The governor's office said violations will be enforced through local law enforcement or can be reported to the attorney general's office.

The Van Buren County Sheriff’s Office released a statement about the order, saying they will not be investigating any reports of people violating the order.

"The Van Buren County Sheriff’s Office will not be investigating violations of this order or the previous orders," the statement reads. They said they do recommend following the CDC guidelines for wearing a mask in public settings, social distancing and frequent hand washing.

“We hold true to the oath of the office of the Sheriff. Violations of the Michigan Governor’s order should be referred to the Office of Michigan Attorney General or the Michigan State Police," the statement continued. "We will dedicate our services to investigating crimes against persons and property and we will not pull valuable resources away from that to investigate complaints against the Governor’s Executive Orders.”

This is not the first time a sheriff's office said it will not enforce the governor's executive orders related to the COVID-19 pandemic. In April, four Northern Michigan sheriffs said they would not strictly enforce the stay at home order. And in May, Barry County Sheriff Dar Leaf spoke at an anti-stay at home order protest in Grand Rapids.

When asked about sheriffs who might respond this way, Whitmer said on Friday there's "recalcitrant" people in all professions.

"As law enforcement officers anyone who's taken an oath to uphold the law needs to stand by enforcing these orders. But, let's take a step back and recognize we don't want it to come to that," she said.

The governor just emphasized that she believes most people in Michigan want to do the right thing. 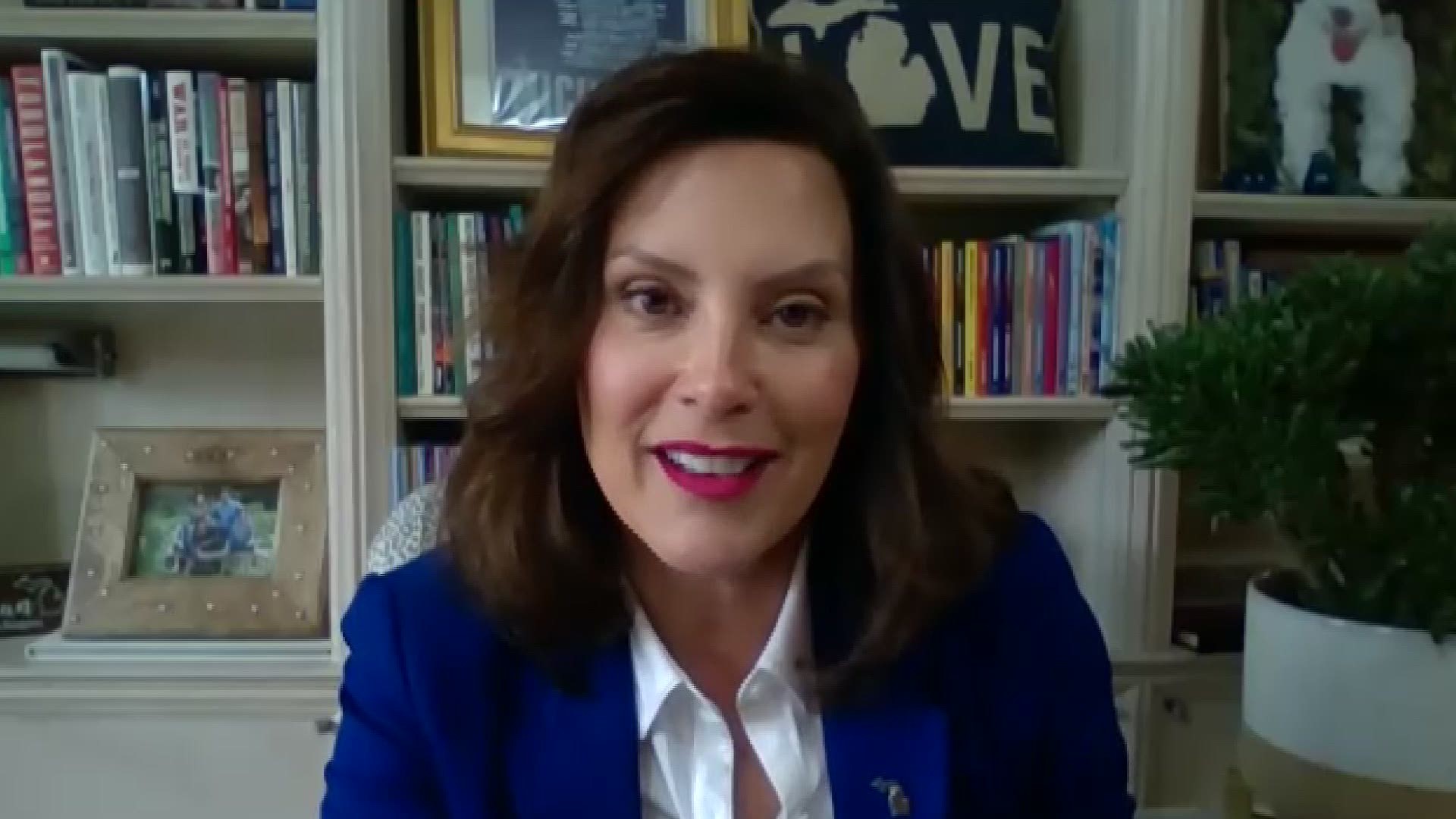