The victims were found shot to death at a home on 19 Mile Road in Solon Township Monday. 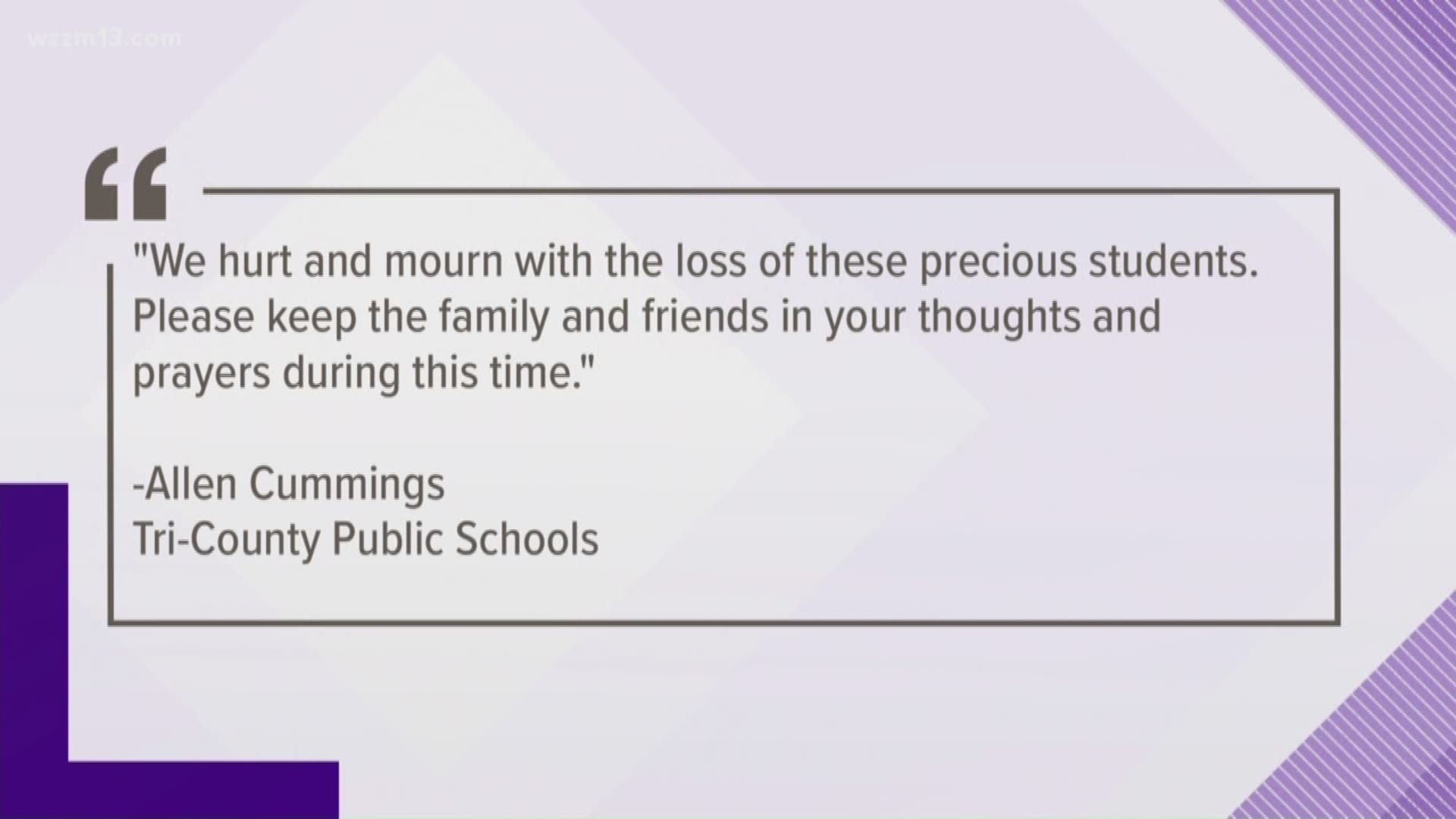 All four of them were found shot to death Monday afternoon at a home on 19 Mile Road in Solon Township. Police will formally identify all of them following autopsies, which are planned for Wednesday.

Police said on Monday that all the children are elementary age or younger.

Cassidy was in first grade at MacNaughton Elementary. Her teacher, Alicia. Kelley, remembered Cassidy as being an incredible girl. "She was the most precious and kind-hearted little girl. She was incredibly bright and always had a smile on her face," said Kelley.

Kyrie was a third grader at Sand Lake Elementary. The letter said Kyrie was "a sweet girl who enjoyed playing and being active." Her teacher, Mrs. Schnepp, also included sentiment about the girl. Schnepp said Kyrie "loved to read, always volunteered to help others, her classmates loved her, and [sic] she was a good friend."

The letter also indicates that the district will have crisis team members available for students, staff and parents at MacNaughton and Sand Lake Elementary schools.

"We hurt and mourn with the loss of these precious students," said Cumings. "Please keep the family and friends in your thoughts and prayers during this time."

Kent County Sheriff Michelle Lajoye-Young said that this investigation is one of the most difficult situations that they've worked on as law enforcement officers.

Lajoye-Young said they do not believe there is a suspect at large nor an urgent public safety threat.

"Murder-suicide is something that we are investigating," said Lajoye-Young. "Obviously it's [sic] one of the very leading things that we are considering, but it's really really important at this stage of the investigation that we keep a wide scope and look at all possibilities"

The Sheriff's Office is investigating a second crime scene, and the children were shot somewhere different than where they were found.

The Kent County Sheriff's Office is asking residents who live near the scene of the shooting to give police any security footage that would aid the investigation.

"It's important for us to know where she went and if anyone happened to see her," said Lajoye-Young.