Family members said the boy was shot while sleeping in the backseat of a car. 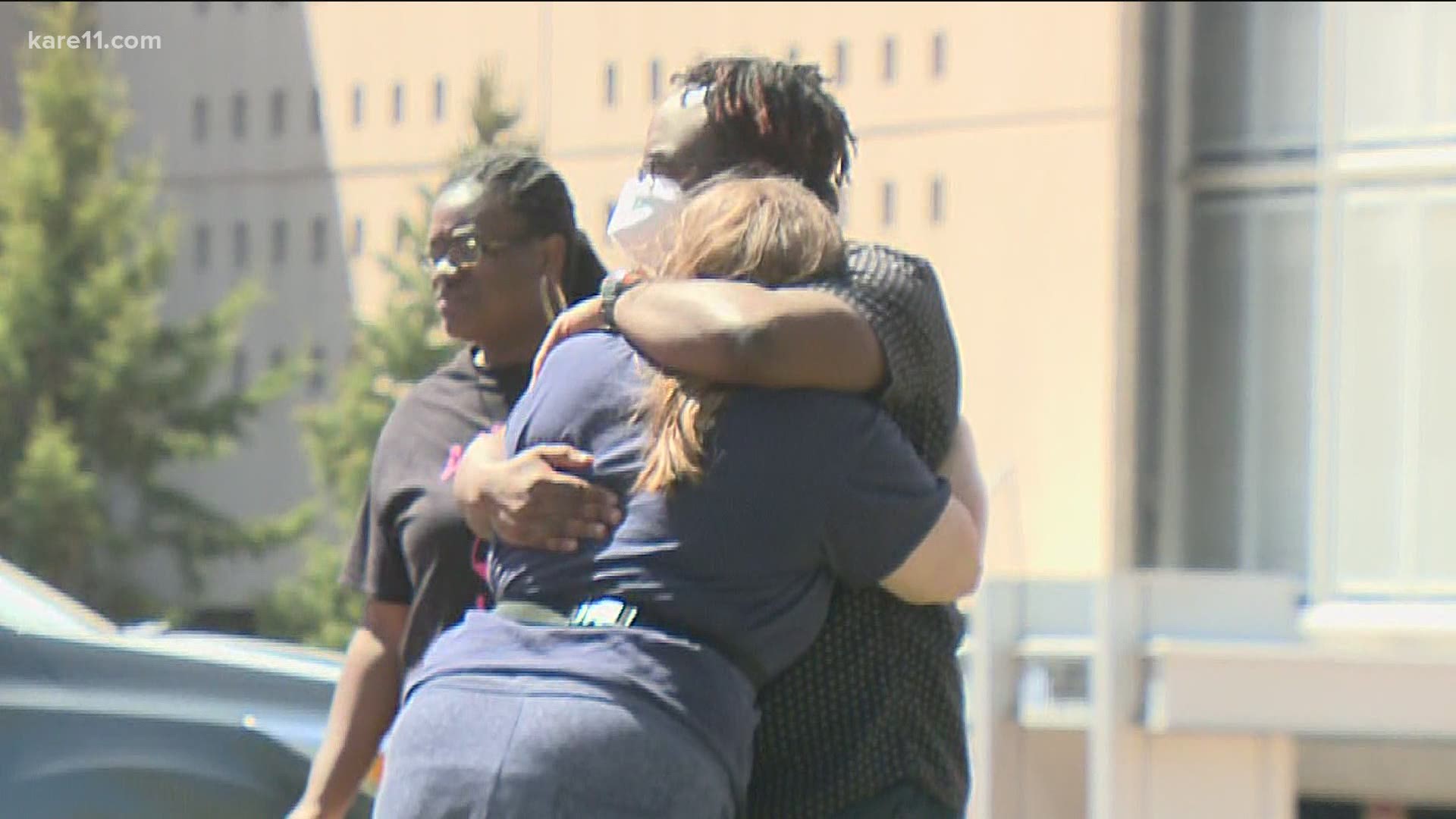 MINNEAPOLIS — A crowd gathered outside North Memorial Hospital Saturday, holding a vigil for a young boy in critical condition after a Friday afternoon shooting.

Minneapolis police said he was shot while inside a vehicle near the 3400 block of Morgan Avenue North. They did not release the boy's name, but said he was in critical condition. A GoFundMe account set up to cover the family's medical expenses identifies the boy as 10-year-old Ladavionne Garrett Jr. That fund now sits at more than $52,000.

On Saturday, community members gathered outside the hospital for a vigil. Friends and family prayed for the boy's health. More prayers are planned starting Saturday evening at the place where he was shot.

A vigil is underway outside of North Memorial Hospital for the 10-year-old boy who was shot yesterday in Minneapolis. @kare11 pic.twitter.com/1KgVzYqLEA

"(He) was asleep in the back seat, riding with his parents. Apparently, someone may have been following the family member and shots rang out," Jamar Nelson of the anti-violence group "A Mother's Love" said Friday. The group responded to comfort the family at the hospital.

"It's incredibly traumatic," Nelson said. "Triggering. We can't normalize this. This violence can't be normalized."

Credit: Hanna Conway, KARE
Activists, family members, and community members pray at a vigil for the boy who was shot Friday.

"My hope and my prayer is what it has been for over 30 some years, that the city would get for real about the violence we are dealing with – and put forth some concrete solutions to it," McAfee said.

He asked people to work together to prevent violence.

"Stop," he said. "Stop, and I challenge you to do everything you can to live and make everything live around you, rather than killing what looks like you."

A GoFundMe account has been set up to help the child's family with medical bills and the other challenges they will face in the days ahead.