A Fairfax County Public Schools spokesperson said where it's possible students are eating outside. 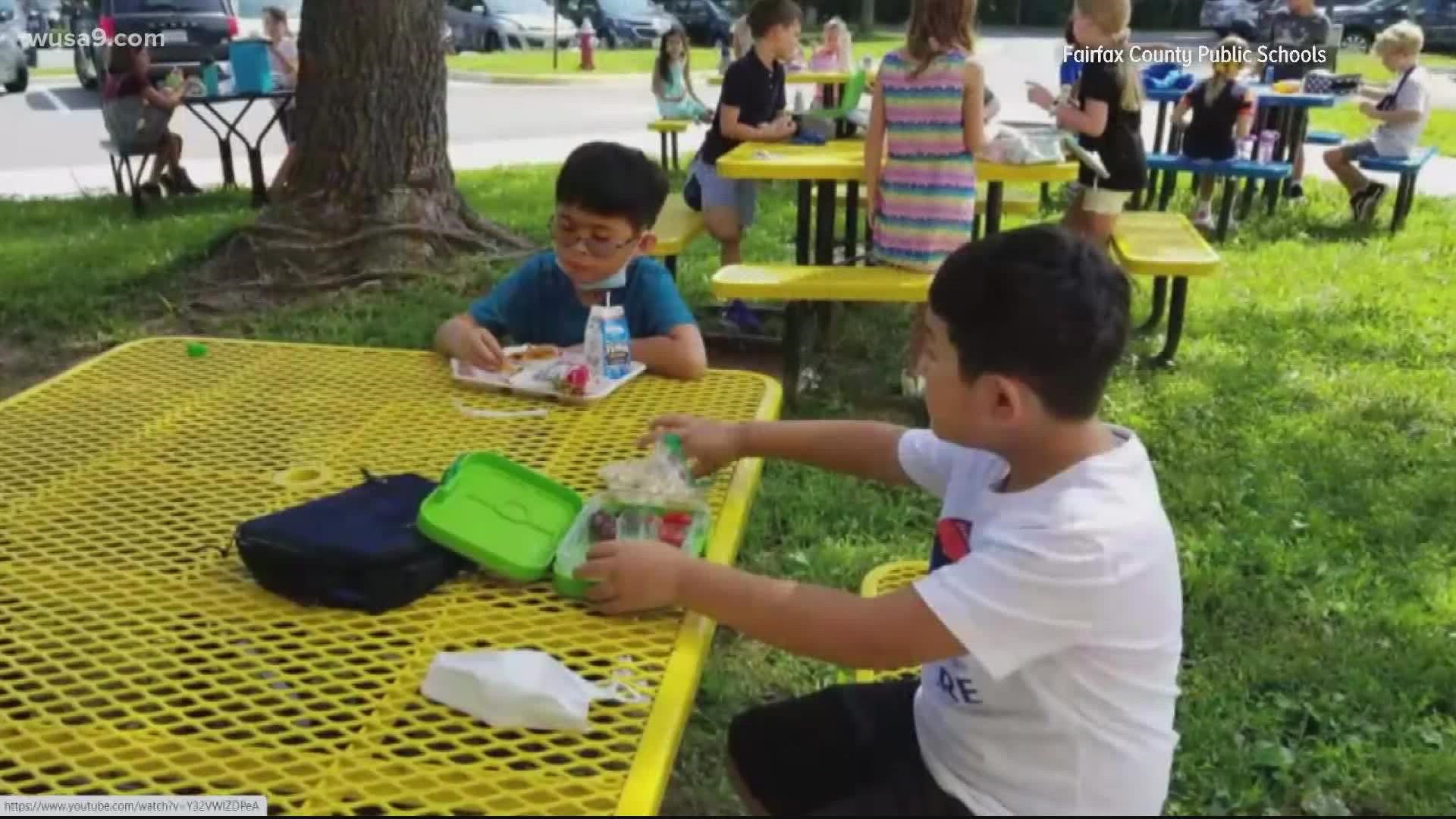 "My daughter is sitting at a table with six and lunches are being served indoors," one FCPS parent who address the school board virtually said.

Social distancing and safety measures during lunch, when students have their masks off, were a reoccurring concern during the public comment portion of the meeting.

“We need to implement effective safety measures at lunch, particularly in our elementary schools having full cafeterias. Even with assigned seats and students facing the same way as unsafe and frustratingly, this is an easy problem to solve," an FCPS parent told the board.

It wasn't just parents that had concerns, FCPS's Student Representative Pranav Choudhary said it was something students have also been discussing.

“The other really big thing I've heard from students is lunch, of course. And I think that is kind of a given when you don't have distant seating, and it's indoors and students are interacting without masks on," Choudhary said.

A spokesperson for FCPS said lunch looks different in every school depending on the size and setup of the facility, and where it's possible students are eating outside. The spokesperson said 186 tents have been installed for that purpose as well as utilizing additional spaces and extending lunches.

The school district shared several pictures of a variety of lunch setups earlier this week.

The spokesperson said the situation is being reviewed in every school to ensure they are doing what they can to create a healthy environment.

RELATED: Are school districts in danger of going back to virtual learning?