The district sent a message to parents apologizing in advance for the inconvenience, warning of possible delays. 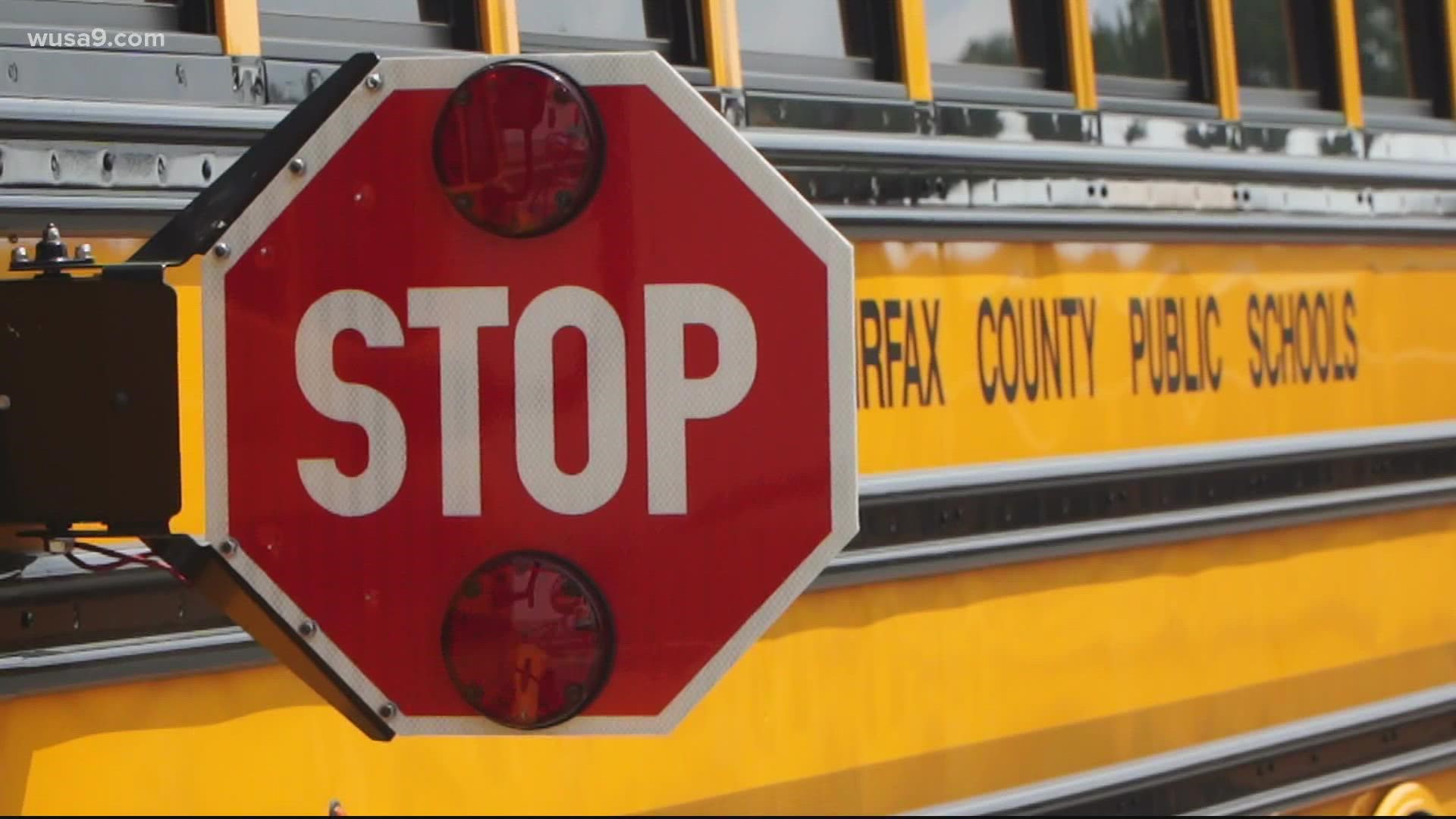 FAIRFAX COUNTY, Va. — With the first day of school in Fairfax County just four days away, Fairfax County Public Schools is urging parents to walk or drive their children to school rather than put them on a bus.

The district said in a statement on Facebook Thursday it is dealing with a bus driver shortage, as many other districts nationwide are also experiencing.

“As a result, there may be delays impacting bus routes across FCPS starting Monday, 8/23,” the FCPS Facebook post read. “If you can walk with or drive your child (and perhaps a neighbor’s), please do.”

A spokesperson for the district said it is offering new drivers $2,000 signing bonuses.

Parents/Caregivers: You may have heard that FCPS, along with many other school districts nationwide, is experiencing a bus driver shortage. As a result, there may be delays impacting bus routes across FCPS starting Monday, 8/23. (1 of 3)

“We all knew it was coming because we've been told we're over 300 drivers short,” Hollie Smith said.

Smith said she was a school bus driver for FCPS for three years and put her resignation in this week.

“We had a certain number of open runs every day, which means there are kids and bus stops and routes for our schools every day with no driver assigned to them," Smith shared about her experience during the previous school year. "So they have what's called floaters where there are certain drivers that go to all different areas, so we'd have to have floaters come in to make sure that those kids got picked up and brought to school.”

RELATED: School bus drivers are taking these precautions to keep your kids safe

A spokesperson for the district says they can't give the number of bus drivers they're down this year, but said it's certainly lower than last.

Until the vacancies are filled, parents are creating contingency plans to get their kids to school on time if the bus is delayed.

"I have to be on-call at exactly nine, and at the same time if I am dropping him, then definitely it will impact a little bit. But I guess we'll manage,” an FCPS father said.

RELATED: Find out what your school district is doing about masks this upcoming semester