A black bear struck and killed beside I-96 in Walker was nicknamed ‘Yogi’ and is believed to have spent the winter locally after first being seen here last summer. 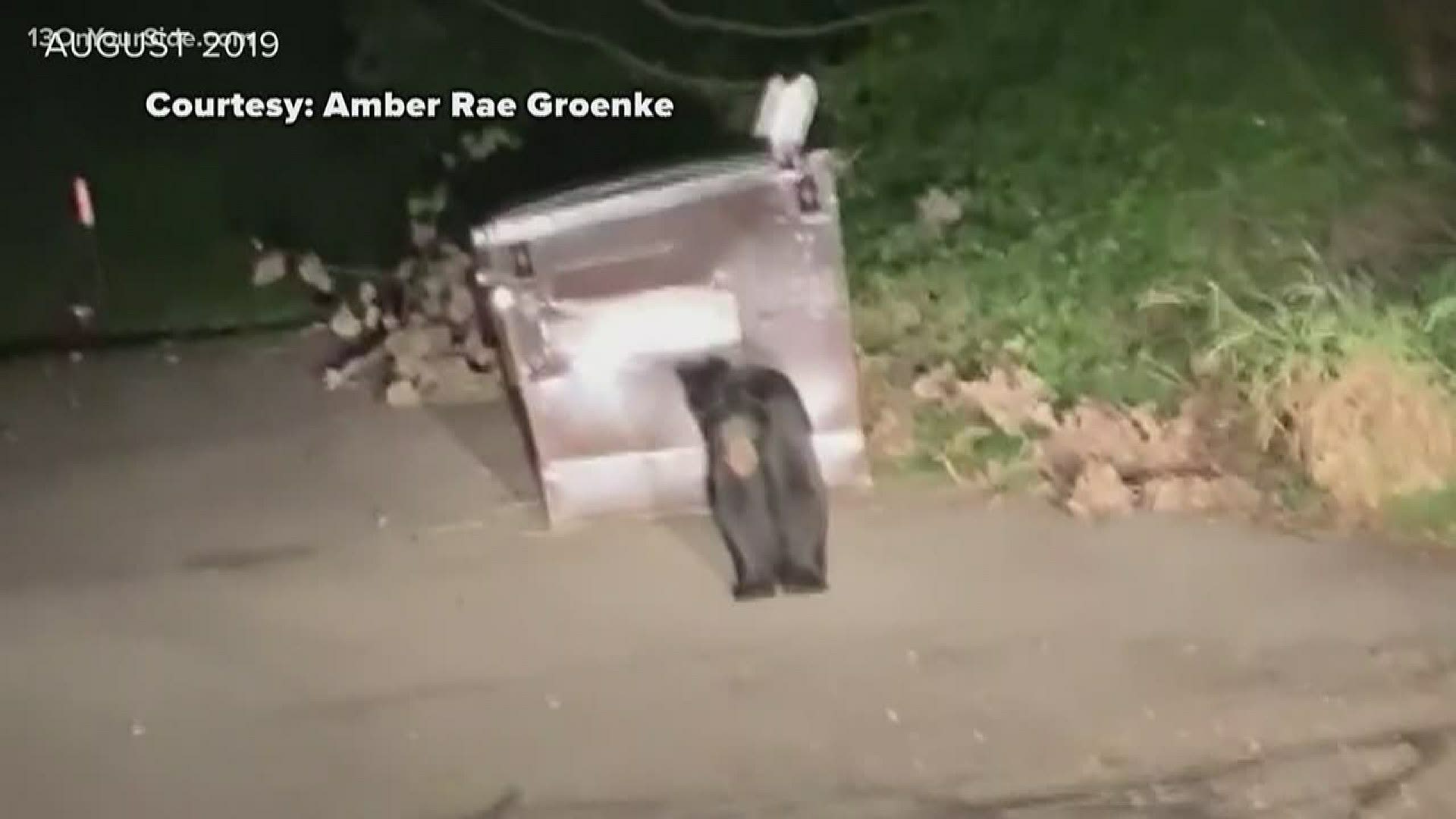 WALKER, Mich. — A black bear struck and killed Tuesday on a freeway ramp in Walker had been somewhat of an internet sensation due to frequent sightings in metro Grand Rapids since 2019.

Efforts to trap and relocate the bear were unsuccessful, and the male nicknamed ‘Yogi’ likely spent the winter not far from where he reappeared earlier this month, a state wildlife biologist said.

“This bear appears to have spent the winter in the Grand Rapids area and just woke up again,’’ said John Niewoonder, a wildlife biologist with the Michigan Department of Natural Resources. “And there he was – right in our lap again.’’

The bear’s April 28 death on an entrance ramp to westbound I-96 from Alpine Avenue NW is unfortunate, but not unexpected, Niewoonder said.

“We’re not happy that this happened, but it’s not a total surprise either.’’

RELATED: Police: Bear getting 'sick of city life' and moving out of Walker

After posting to Facebook Tuesday morning the bear was killed, an avalanche of comments filled the City of Walker Police Department’s Facebook page. To wit:

“This is sad and didn't need to happen.’’

“Why didn’t the DNR come out earlier and take him up north.’’

Niewoonder said the outpouring of public sentiment is not unexpected.

“Black bears are very likable animals,’’ he said. “People can relate to them. They think they’re cool. They don’t see them very often. It’s a novelty, especially in this part of the state.’’

Bears in Grand Rapids have almost become a rite of spring in recent years.

In May of 2019, the DNR tranquilized a black bear located in a tree on Horton Avenue south of Cottage Grove Street SE. The same bear had been seen on a golf course and in a nearby cemetery. He was relocated about 45 minutes north of Grand Rapids.

A year earlier, a black bear was tranquilized and relocated after being found in a tree in a Southwest Side neighborhood. The May 3, 2018 incident attracted lots of media attention when the bear was found in a yard on Dayton Street near Deloney Avenue SW.

“Spring is the time when young bears are dispersing,’’ he explained. “And especially these young male bears that are looking for new territories or are being driven out of their old territory by their mother or by other male bears.’’

They may stay in an urban area due to a ready source of food, Niewoonder said.

“The feed is what is attracting these animals; whether it’s a garbage can, a grill or bird seed,’’ he said. “Backyard bird feeders are popular with black bears. We advise people about this.’’

RELATED: Black bear spotted on West Side removed by DNR

Relocating a nuisance bear is an option. But it is also easier said than done. Bear traps were set up in two locations last year for the Walker bear, but to no avail.

“It’s difficult to get a bear because they don’t like to go into traps; they’re smart,’’ Niewoonder said. “And they move around a lot. ‘They don’t just habituate one particular area and visit one particular site.’’

The Walker bear, he said, did not show signs of aggression, so was not considered an eminent threat to the community.

“We never had any indication that this bear was trying to break into a house or a building, or that it threatened anybody in any way,’’ Niewoonder said. “He was hard on bird feeders, but that’s something we can live with, I think.’’