A dispute between a city commissioner and the mayor was on display at Monday's commission meeting.

WALKER, Mich. — A controversial Facebook post last week prompted a dispute between two officials from the City of Walker, and during Monday night's commission meeting, the post and its repercussions were discussed.

City Commissioner Carol Glavnille posted on Facebook that said in part "safety and law and order have become pretty common buzz words in politics these days. They are trying to raise a specter of fear where it doesn't exist."

The post was published the same day a murder suspect led police on a chase and fired at a Walker officer. Mayor Gary Carey said the post was the wrong statement at the wrong time.

Glanville said Carey is leaving her out of important information about city meetings and that he owes her an apology. But many of those who spoke during public comment disagreed, and so did a fellow commissioner.

Carey did not address the dispute during the meeting. 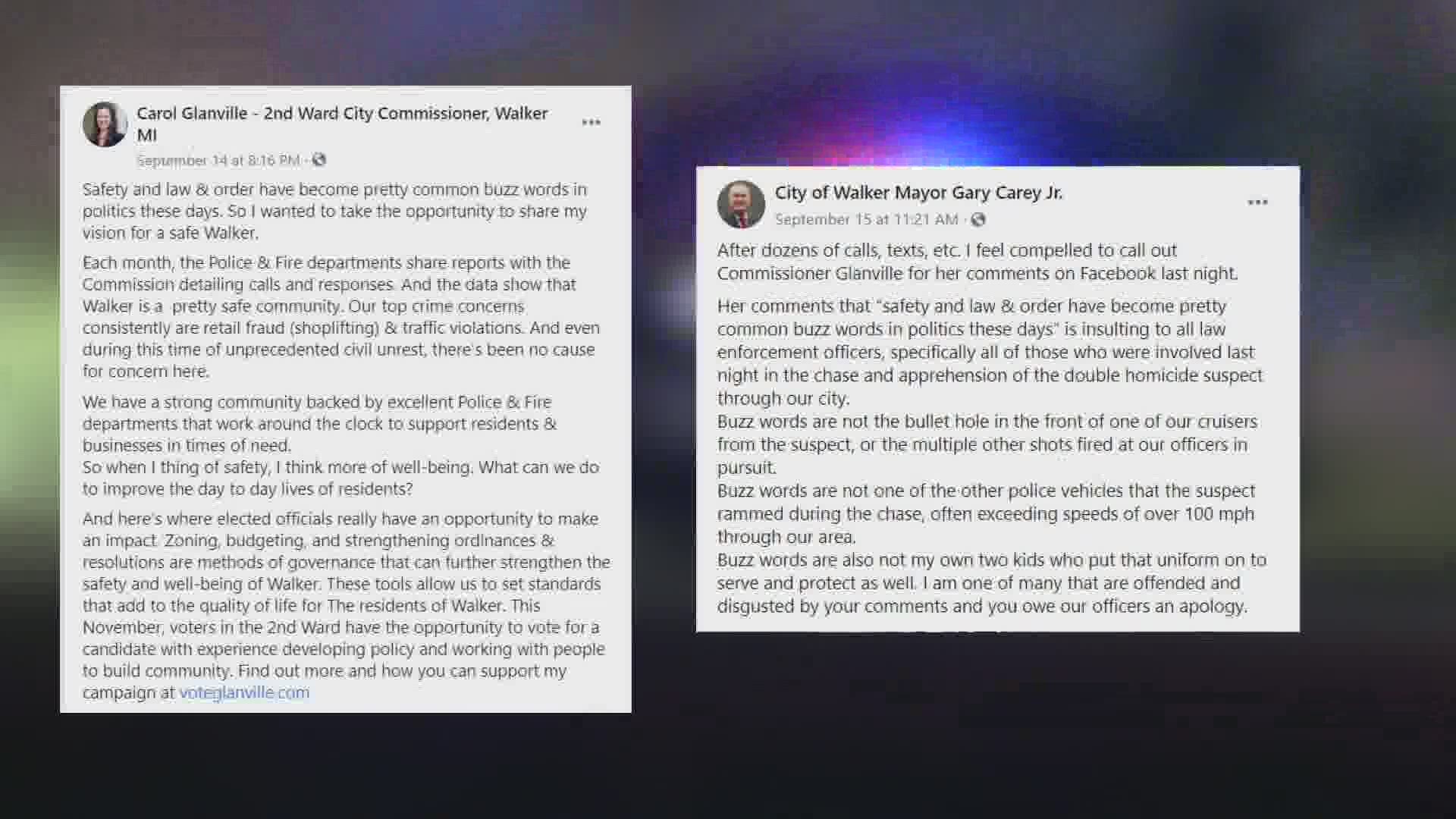