Centerline Sword School teaches a variety of disciplines from longsword to wrestling. Some participants compete while others just enjoy a hands-on history lesson. 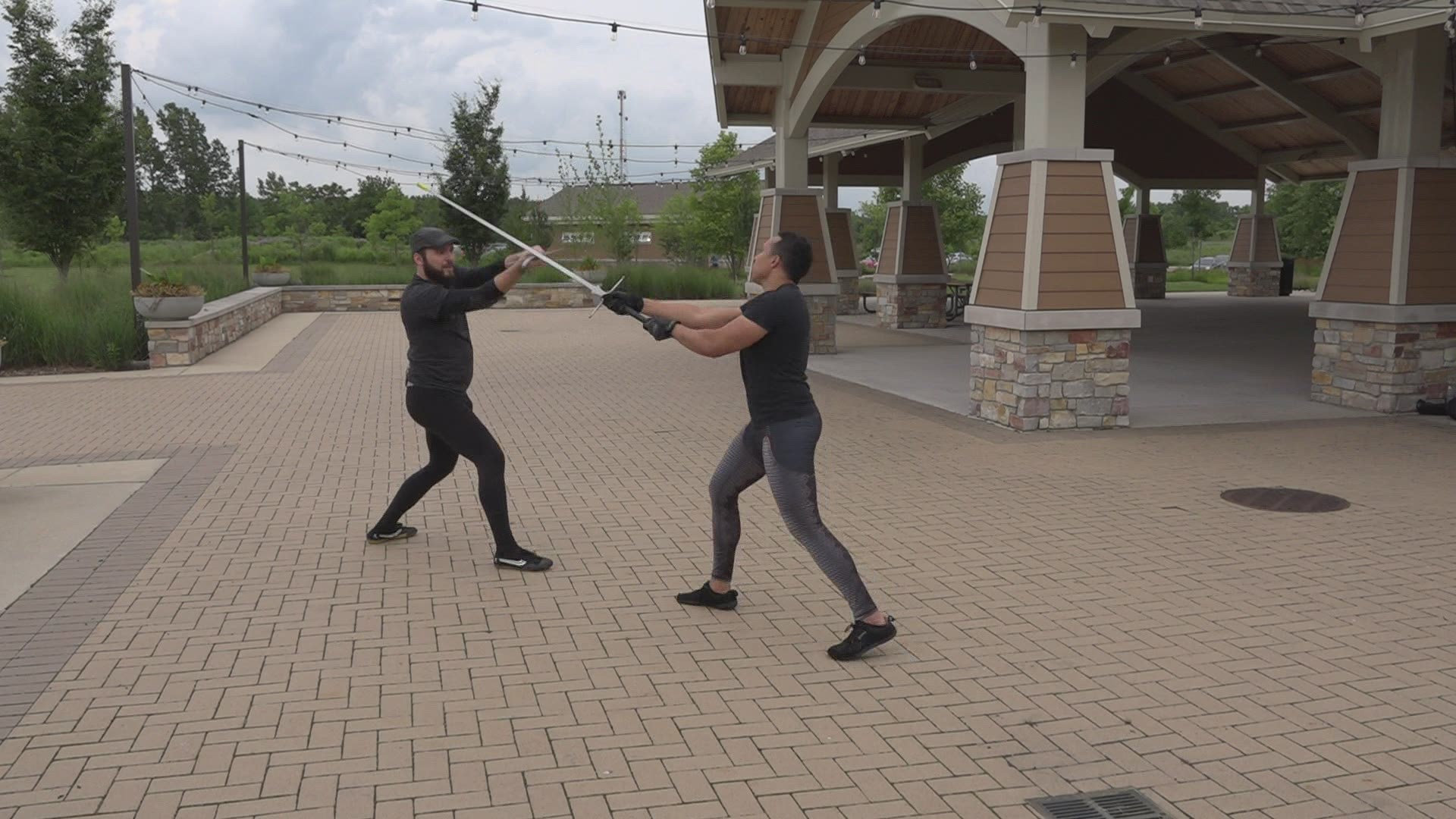 WALKER, Mich. — While driving into the Grand Rapids metro area on I-196, you can't help but notice the grandiose structure that is the Grand Castle Apartments. While it was built in the 21st century, the building hearkens back to medieval times when knights were the strongest and bravest individuals to walk the planet.

As it turns out, there are still knights, and they train just a five minute drive from that castle.

The Centerline Sword School holds its practices at The Meadows at Millennium Park every Wednesday. The sounds of swords clanging together are a stark contrast from the songs of birds you'd expect to hear at the park any other time.

"It’s just a heck of a lot of fun and it’s a great conversation starter when someone’s like 'Oh what’d you do last weekend?' Oh I pulled out my three foot longsword with a bunch of guys in the park. It was great. And they’ll be like 'you did what now?'" said Shane Hillen who serves as an instructor at the school along with Cameron Metcalf, Brent Bloem, and Ehren Wynder.

The school teaches HEMA, or Historic European Martial Arts. It covers a number of different combat disciplines from the Middle Ages including wrestling, dagger, longsword, rapier and polearms. Each instructor says the hobby allows them to live their childhood dreams of being a warrior.

"When you pick up a stick and you imagine the bad guys and you go and save the day and save the kingdom, I’ve always had that little kid inside of me," Hillen said.

"When I realized as an adult that legit swordsmanship was something that you could reasonably learn and compete with, that little kid inside of me was like well that’s exactly what we’re going to do."

People who practice HEMA quickly learn that the way medieval combat is portrayed in modern media is often exaggerated. The weight of the sword is the first clue.

"A lot of people when I bring them a sword for the first time expect them to be like 10 to 20 pounds. In reality, they’re more like three to four pounds."

Medieval battles often weren't as long and drawn out as a Hollywood action scene would have you believe, and a lot of times they weren't fights to the death.

"A lot of it was like boxing or martial arts today where you’re not necessarily going to have one person that’s killed at the end of it," Metcalf said.

For some, the hobby is all about hands-on learning of that period in history. For others, it can also be about sport. Centerline members often take part in competitions and tournaments where participants are awarded points for their combat skills.

Centerline instructors say practicing HEMA also has a number of other benefits.

"I spend my off-hours from the school practicing. It allows me to re-center myself after a tough day at work, and just like any good hobby, it fills a person."

The school meets Wednesdays at 6 p.m. They recommend that anyone interested first check out their website and Facebook pages. Those will let you know what you need to bring and what disciplines you'll be learning about.

Centerline also hopes to host events like barbecues and tournaments, depending on how the COVID-19 pandemic unfolds. 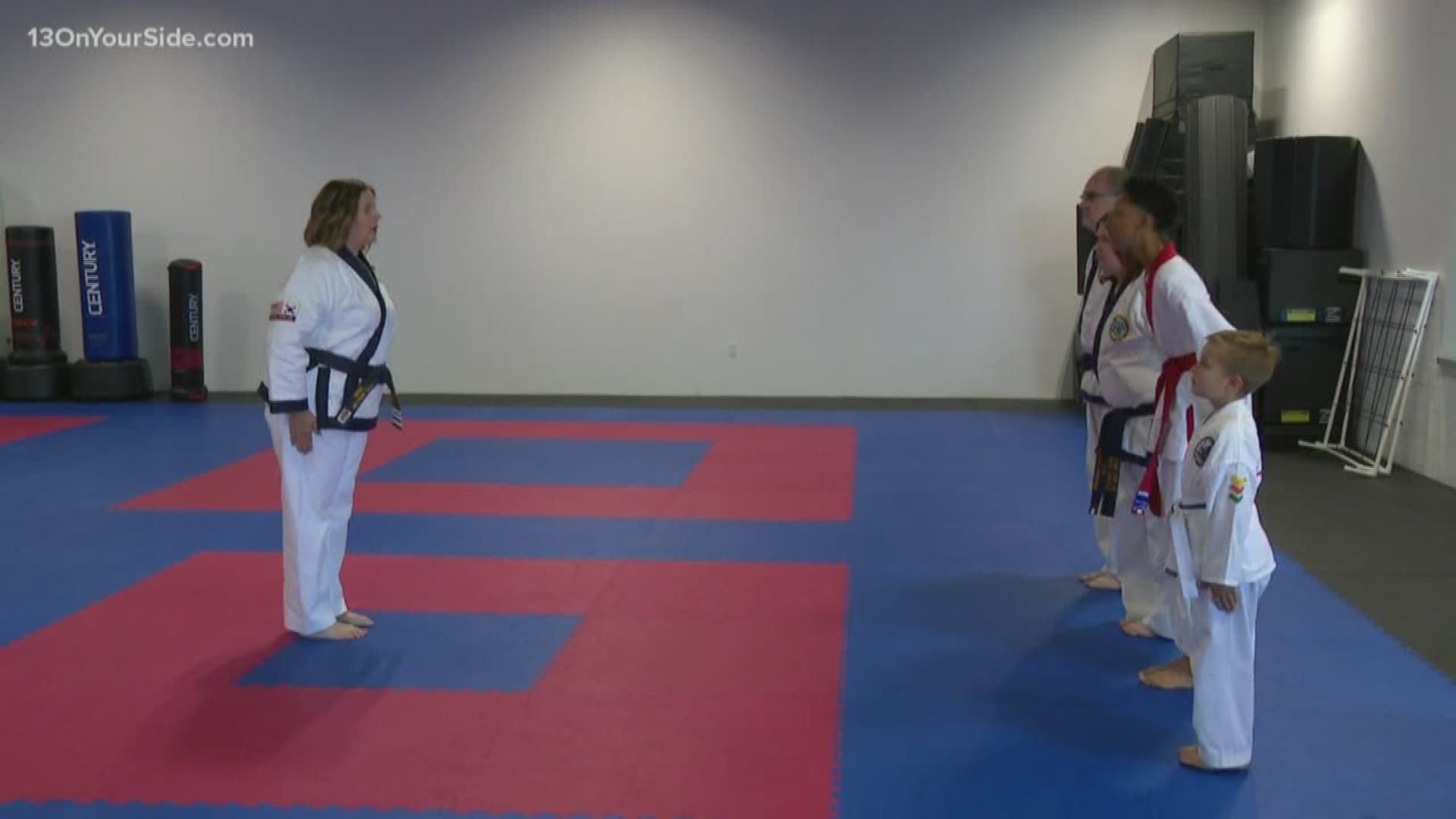