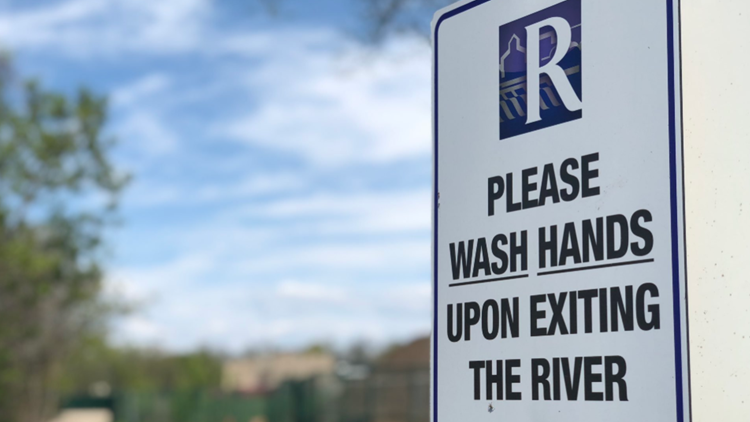 ROCKFORD, Mich. — The Environmental Protection Agency is working with Wolverine Worldwide to clean up chemical contamination at the former tannery and House Street disposal locations in northern Kent County.

It's been nearly two years since toxic PFAS chemicals were found in the Plainfield Township water supply. The contamination was linked to toxic sludge dumped several decades ago by Wolverine Worldwide.

The EPA met with Wolverine and developed a list of actions the company should take to clean up both properties.

The EPA directed Wolverine to excavate contaminated soil from two areas at the former tannery and five areas at the House Street property. The company was also told to test the soil and safely dispose of it.

The shore areas of the Rogue River near the former tannery property will be dredged. The EPA said Wolverine should "dredge sediment, or sheet pile and dig 'in the dry' on the shores."

Wolverine was also directed to place "large" signs and information kiosks along the White Pine Trail and at access points on the Rogue River that advise on the contamination and avoiding exposure.

The signs will start being installed on the trail at the end of May, and information kiosks will be put near river access areas by June 3.

Additionally, Wolverine will completely fence in the contaminated portion of the House Street dump property.

Wolverine Worldwide said they submitted a letter to the EPA in January, which outlined proposals for the former tannery. The EPA issued their directives in response.

"The EPA’s letter last week discusses several of the Company’s proposals and also some additional proposals. Wolverine is reviewing this letter and looks forward to continuing its work with the agency to develop next steps at the former Tannery and House Street locations," a statement from the company read.

Rockford City Manager Thad Beard said he believes the affect on the White Pine Trail and the Rogue River will be minimal, however, he said there will be likely be closures to the trail throughout the summer.