Grand Haven Area Public Schools officials said in a statement that the results indicate a source of PFAS was likely released historically on the property. 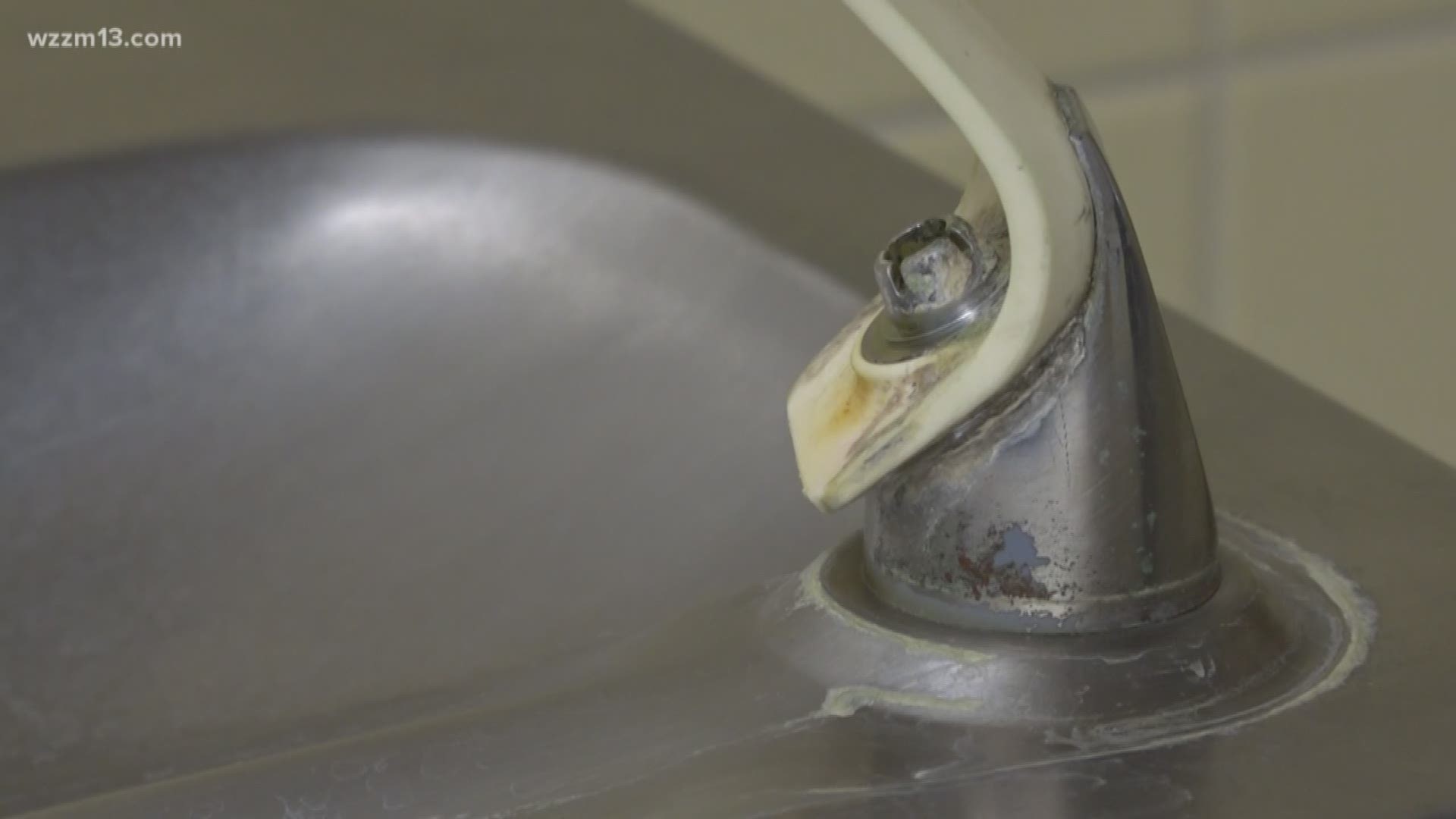 ROBINSON TOWNSHIP, Mich. (Grand Haven Tribune) - A three-month-long investigation into PFAS contamination in Robinson Township has revealed significantly higher concentrations in the groundwater than initially detected in drinking water testing at Robinson Elementary School and the nearby township fire department.

A total of 2,142 parts per trillion (ppt) of the health-hazardous substances was discovered at the Robinson Township Fire Department building, 12010 120th Ave., which is on the same property as the township offices. A combined level of PFOS and PFOA — the two long-chain PFAS substances considered most likely to cause health concerns — was found at 643.61 ppt.

Previous testing had found only trace amounts of PFAS at the fire department.

Across the street at the elementary school, a total of 409 ppt PFAS was discovered in the latest round of testing, with PFOS and PFOA at 61 ppt. PFAS was first detected at the school in October 2018 to be over the U.S. Environmental Protection Agency’s lifetime health advisory of 70 ppt.

Grand Haven Area Public Schools officials said in a statement that the results indicate a source of PFAS was likely released historically on the property.

Robinson Elementary School students and staff have relied on bottled water for drinking and cooking since the initial detection, and the school district is in the process of acquiring a schoolwide filter.

Robinson Elementary is the only building in the Grand Haven school district not connected to the Northwest Ottawa Water System. State testing of that system did not find traces of the substances last year.

PFAS was detected in water samples from all 10 wells dug by the Michigan Department of Environmental, Great Lakes and Energy (EGLE) in February, and in three soil samples at four locations.

Two wells north of the fire department exceeded the EPA limit, drawing a potential link to Class B firefighting foam that officials previously said was not used by the department or on the site.

Ottawa County officials have said during the investigation that Class B foam was neither historically nor currently used by the Robinson Township Fire Department. A statement on the Ottawa County Department of Public Health website, posted Thursday, now says that since the foam was used in industry since the 1960s, it could have been used during that time at the site.

“It is possible that it was applied in the area during an era that pre-dates the knowledge of anyone currently associated with the RTFD,” the statement said.

The hydrogeologic investigation in the area also sought to determine the flow of groundwater, which in the township is located as shallow as 2-4 feet beneath the ground surface. It was determined that groundwater flows north and south from the elementary school, and to the northeast near the fire department.

“Given seasonal fluctuations in groundwater elevations, as well as nearby agricultural irrigation demands, the direction of groundwater flow may change seasonally,” officials said.

Officials said further investigation will be necessary to assess groundwater north and east of the fire station.

Investigators have considered undocumented dump sites, highway construction materials and biosolid applications as potential sources. While none of these is ruled out, the investigation has not led to any of these as a likely culprit.

In November and December last year, the state environmental department sampled more than 60 residential wells, mostly north of the school along 120th Avenue. Traces of PFAS were detected in 34 wells. Residents whose water contained PFAS were provided filters by the Michigan Department of Health & Human Services.

A statewide study concluded last year found PFAS contamination across the state, including in some municipal water services, in rivers, and at airports and military bases. Robinson Elementary is the only school contaminated with high levels of PFAS in the state.