There remain a lot of unknowns for officials and the community following Friday’s town hall on PFAS contamination in Robinson Township, but investigators have outlined a path forward. 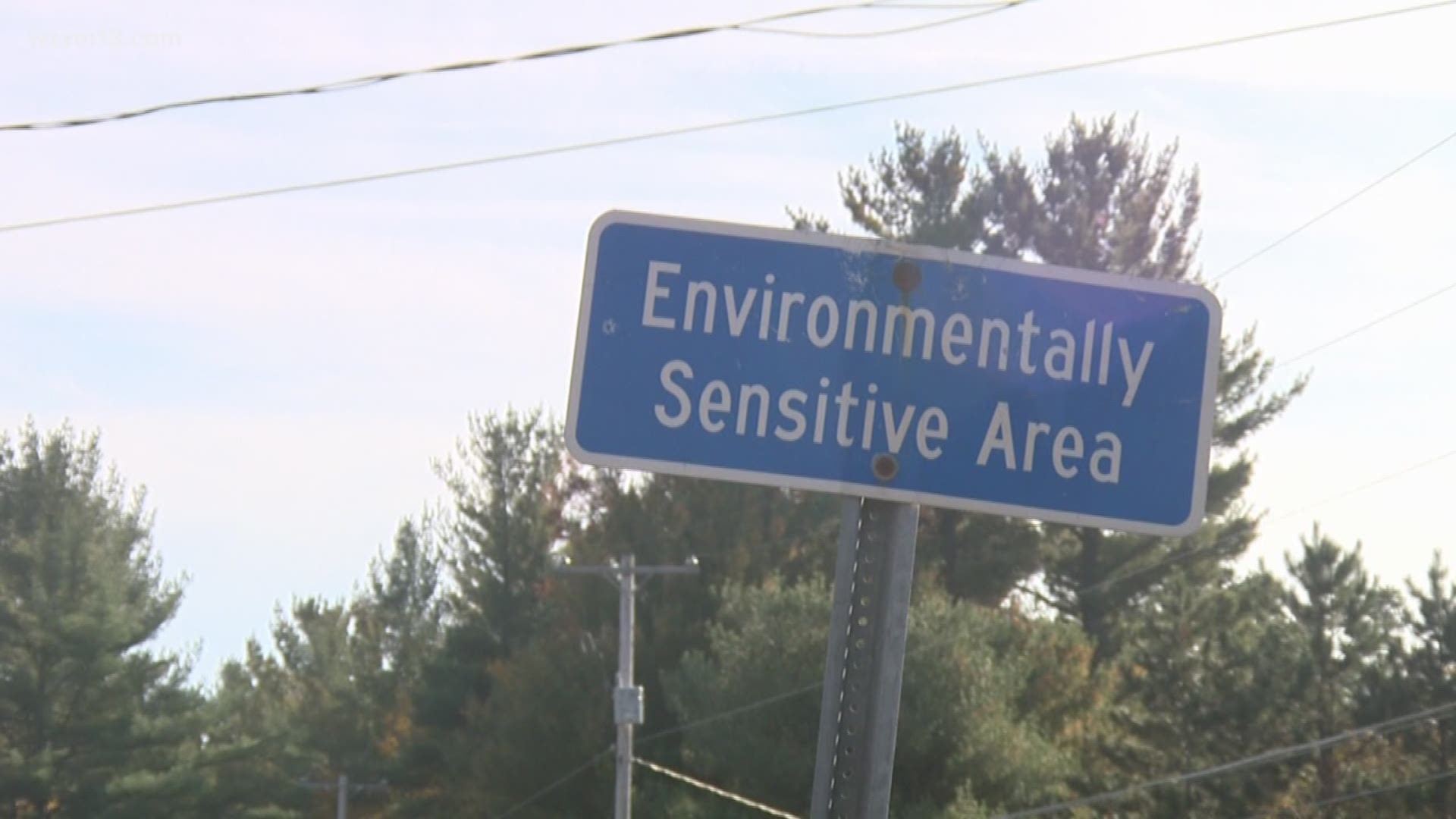 WEST OLIVE, Mich.(Grand Haven Tribune) — Hundreds filled a conference room at the Ottawa County Fillmore Complex in West Olive to learn about the investigation in the township and weigh in with their concerns.

“What do we do to get this out of us?” one person wondered, fearing her children had been exposed.

Robinson Elementary School is the epicenter of PFAS contamination, which has been detected in 34 wells in the township in the vicinity of 120th Avenue. The substances were found at the school in October 2018 at levels above the U.S. Environmental Protection Agency’s lifetime health advisory of 70 parts per trillion PFOA and PFOS — the two long-chain chemicals linked to various health hazards.

Since that time, two rounds of sampling have detected PFAS substances at more than half of the sites studied, and Michigan Department of Environmental Quality officials on Friday showed a map of those locations and their detection levels.

The contamination appears to snake northeastward along a narrow path through the area’s sandy aquifer, but the DEQ has so far relied on chemistry alone to determine groundwater flow. Officials confirmed Friday that a hydrogeologic survey will begin Feb. 18, with the drilling of seven wells in the area over the following two weeks.

Samples will be taken every 5 feet down to 50 feet, according to DEQ Grand Rapids District Supervisor Abigail Hendershott.

Paul Knoerr, an environmental quality analyst with the DEQ, said the investigation will determine the groundwater flow. This could take investigators closer to a source.

“Hunting for a source out here is going to be a little bit like hunting for a needle in a haystack,” he said.

Hendershott said the chemicals — of which there are at least 5,000 — are difficult to study, as they have been used in numerous products since the late 1950s, including nonstick cookware, water-repellent materials, fast-food wrappers and firefighting foam.

“We love the stuff, because it makes our life so much easier,” she said of those products. “If we had to give it up, we’d have to change our way of life. It can really cross a whole stratosphere of our life.”

Three ponds will also be sampled in the spring, officials said, when the investigation is expected to conclude.

Of the more than 40 known sites of PFAS contamination in Michigan, the Robinson Township site is not significantly widespread, Hendershott explained.

Robinson Elementary School is the only school in the state whose water has PFAS over the EPA limit.

Grand Haven Area Public Schools Superintendent Andy Ingall said the district is pursuing a filtration system for the school, which will likely be installed before the start of the 2019-20 school year. The building has relied on bottled water for drinking and cooking since October 2018, and has used about 10,000 of the 33,000 bottles it received from the Ottawa County Department of Public Health. The supply will last the remainder of the school year, Ingall said.

In an answer to a question about potential use of firefighting foam at the school, Ingall said there are no records of any fires in Robinson Elementary School’s history.

Investigators initially considered a host of possible sources: firefighting foam, highway construction materials, biosolid applications and undocumented dump sites. Well sampling has not led to any of these potential sources, though nothing has been taken off the table.

“We may never be able to identify a source,” Hendershott said.

The first priority is mitigating the public health exposure, she said, in most cases by installing water filters.

Residents raised concerns that not all properties have been tested in the search area. Some residents were not home during sampling, Knoerr said, but much of the investigation area is open farmland, where there are no wells.

When DEQ officials contacted Spring Meadow Nursery, located on 120th Avenue north of the school, the business agreed to conduct PFAS testing on its own and provide those results to the state environmental agency. The nursery, which has several irrigation wells, has not yet provided test results, Knoerr said. Spring Meadow did not allow DEQ to test a well at the south end of the property, he added.

Bill Farrell, a toxicologist with the county health department, said the only thing concerned residents can do is install a water filter. PFAS chemicals bioaccumulate, and exposure does not lead quickly to health risks. Lifetime exposure could lead to risks of cancer, thyroid disease, decreased fertility, asthma, elevated cholesterol and a host of other health problems.

“We’re not talking about immediate,” Farrell said. “We’re talking about something that could possibly occur as a result of long-time exposure to these chemicals. It’s a risk, not an absolute."