A private citizen group started a health survey for PFAS exposure in northern Kent County. In just three weeks, the study has more than 500 participants. 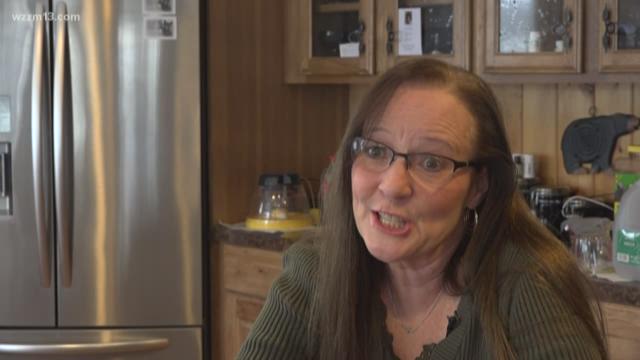 A group of private citizens created a survey for people in northern Kent County who have been exposed to PFAS in their water. In just three weeks, more than 500 people participated, said one of the survey's co-creators Sunday.

"What we're finding is completely astonishing," said Cody Angell, co-author of the study.

Angell started the concerned citizen Facebook group called Demand Action From Plainfield Township Regarding Unsafe Drinking Water on Nov. 19 with Travis Brown. He and Brown sent a out a link to the study in the group, which now has more than 4,000 members.

"I have been bombarded with private messages [from concerned citizens]" Angell said. "I wanted to find out exactly what we're dealing with. I went on Google and made a couple forms...[and] asked residents to post their information."

Some health affects associated with high levels of PFAS include kidney and testicular cancer, poor liver and thyroid functioning, infertility and autoimmune diseases.

"Six of the illnesses associated with PFAS were the highest on the chart," Angel said. "Now is that a direct correlation? I don't know yet."

The survey is meant to reach people on private wells in the Rockford-area of contamination linked to Wolverine Worldwide dumping practices, as well as anyone on Plainfield Township municipal water. The township water stopped pumping water from the Versluis well field in 2015, which is close to the superfund site landfill on East Beltine Avenue, where Wolverine also dumped.

The Kent County Health Department said it will conduct a PFAS health survey some time in 2018. Angell said he couldn't wait for that, and when the survey is complete, he will send the results to KCHD and Plainfield Township officials.

"Hopefully then, by providing them this information, they will reign in and actually continue our efforts and help us," he said.