Statewide study: 90% of water supplies do not have PFAS

The Michigan PFAS Action Response Team published its report of more than 1,700 public water systems that were tested for contamination. 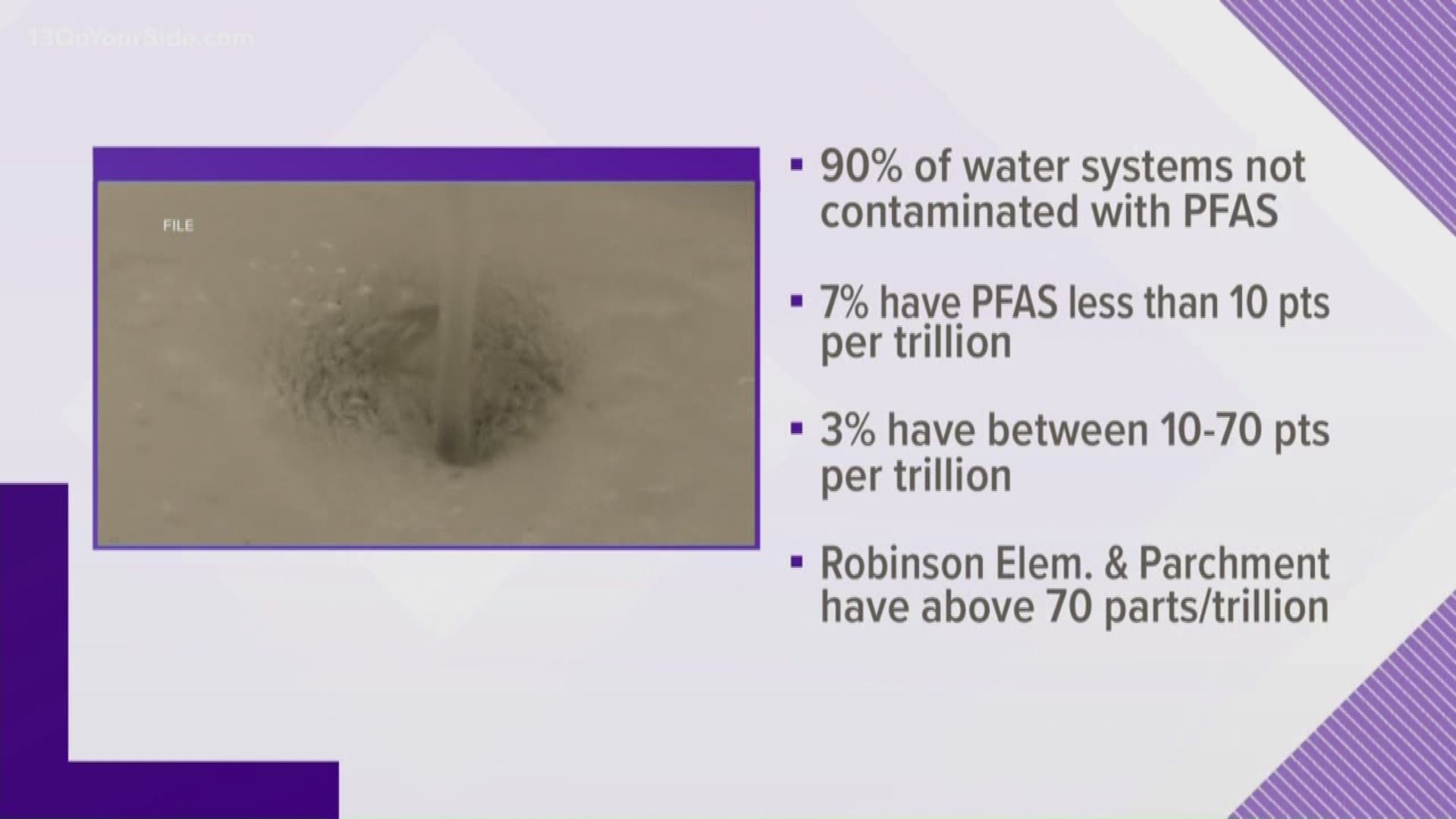 PFAS contaminants are an emerging environmental concern. They are compounds that are used by industries such as tanneries, metal platers and clothing manufacturers. The discovery of PFAS contamination is a growing trend across the country.

The $1.7 million study found that 90% of water supplies across the state showed no detection of PFAS. However, only the city of Parchment and Robinson Elementary School near Grand Haven had test results exceeding the U.S. Environmental Protection Agency's lifetime advisory of 70 parts per trillion (ppt).

According to the test results, Parchment's water sample showed 1,828 ppt in the July 2018 sample. Parchment residents were told last July to stop using the water because of high levels of PFAS. The water source was switched in late August, and tests in Parchment and Cooper Township found acceptable levels of PFAS.

Credit: WZZM
The Kalamazoo Department of Public Safety flushed out water pipes in the city of Parchment due to PFAS in the municipal water supply in July 2018.

Robinson Elementary tested at 171 ppt in an Oct. 2018 sample. It is the only school in the state whose water has PFAS over the EPA limit. The district said in February that they were planning to install a filtration system before the state of the 2019-20 school year.

RELATED: Officials say PFAS contamination in Robinson Twp is like ‘hunting for a needle in a haystack’

The sample tested the water for 14 different PFAS compounds.

“This first-in-the-nation study of all public water systems in the state resulted in 3,500 people in Parchment and Robinson Township being protected from high levels of previously unknown PFAS contamination in their drinking water last year,” Michigan PFAS Action Response Team executive director Steve Sliver said. “We believe the data we’ve collected will be useful as EGLE moves forward with the development of drinking water standards.”

►The state's report can be seen here.