It's the first year Ann Rubin and her family are walking in memory of their mother, rather than in support. 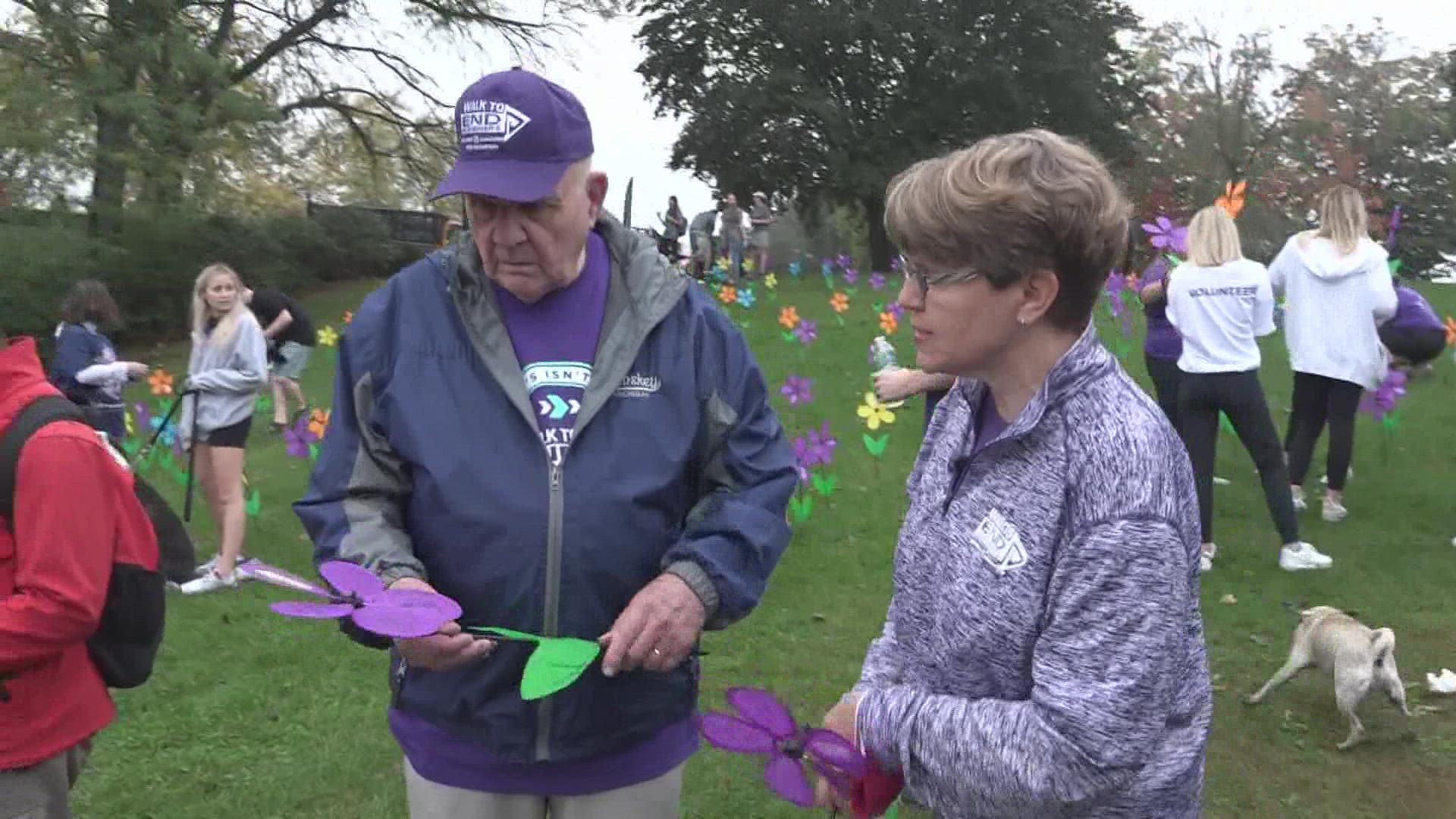 GRAND RAPIDS, Mich. — The slight hills of Ah-Nab-Awen Park are covered in blue, orange, purple and yellow pinwheel flowers. Each one represents a journey in relation to Alzheimer's disease.

The park is hosting hundreds for the Walk to End Alzheimer's. The yearly walk brings people together to raise money and funds to research a cure and provide support through the Alzheimer's Association.

Alzheimer's impacts more than 6 million Americans, and according to the Alzheimer's Association, that number will more than double by 2050.

Ann Rubin drove from Minneapolis to attend, and her brother, Jeff, came in from Connecticut. Their family has taken part in the past six walks, supporting their mother, Carolyn, as she battled the disease. This year, they walked in her memory.

"We always knew there’d come a year where we needed to choose purple," Ann says as tears fill her eyes. Purple flowers represent a lost loved one. She hands one to her father, Howard, that reads "Carolyn, for my love, I love you." Ann's flower simply says "Mom." Howard and Carolyn would have celebrated their 60th wedding anniversary this year.

The Rubin's raised more than $6,700, and the Grand Rapids walk set a fundraising record for the year, crushing the set goal and bringing in more than $270,000.

Stout says the goal is to help with all stages of the Alzheimer's battle. The flower garden's four colors represent those diagnosed (blue), those with family or friends battling the disease (yellow), allies and supporters (orange), and those who have lost someone (purple). She says the goal is one day to add a white flower, representing survivors of the disease. 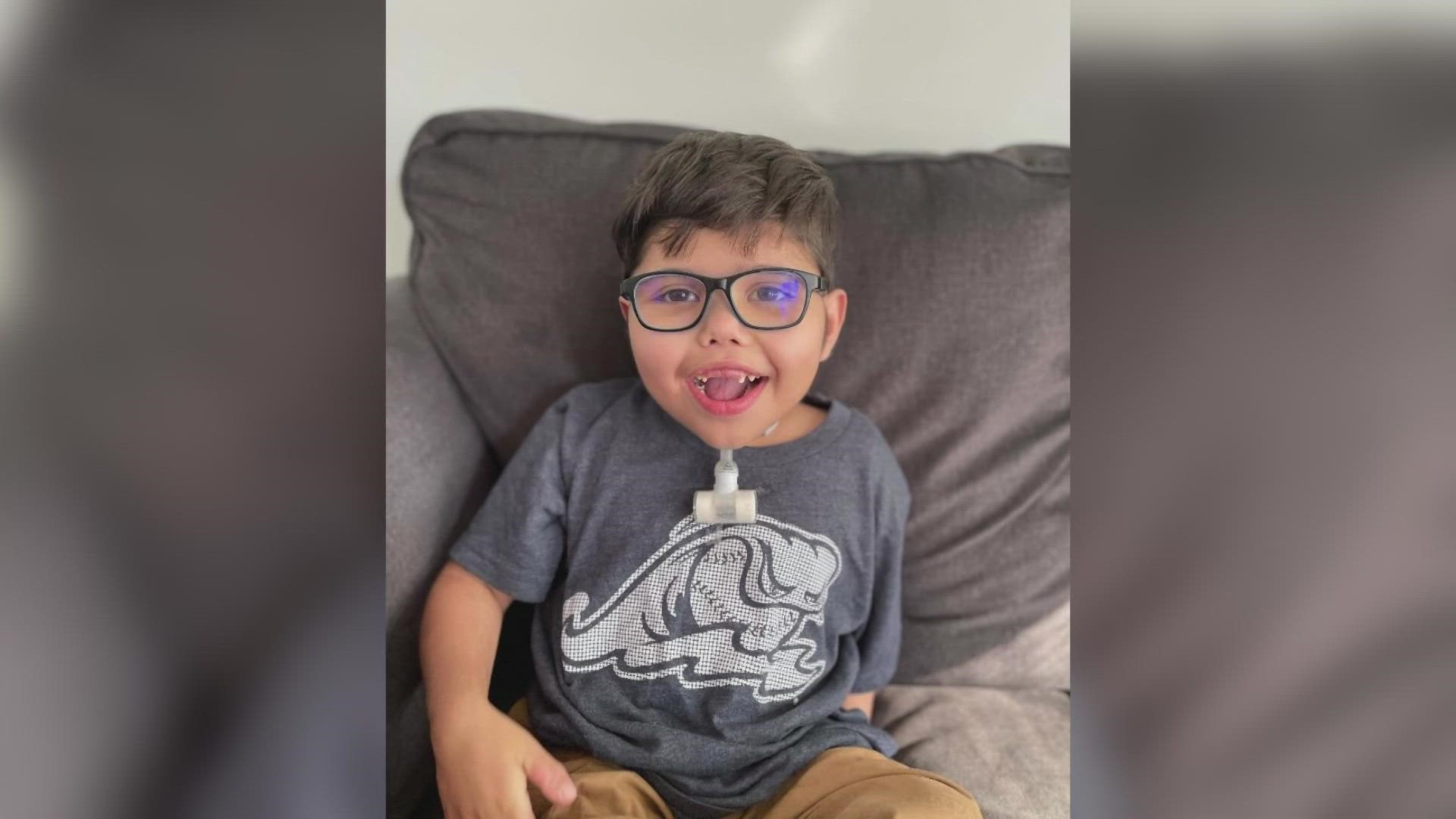