The Ford Museum has planned up a number of events to commemorate former President Gerald R. Ford's 106th birthday. 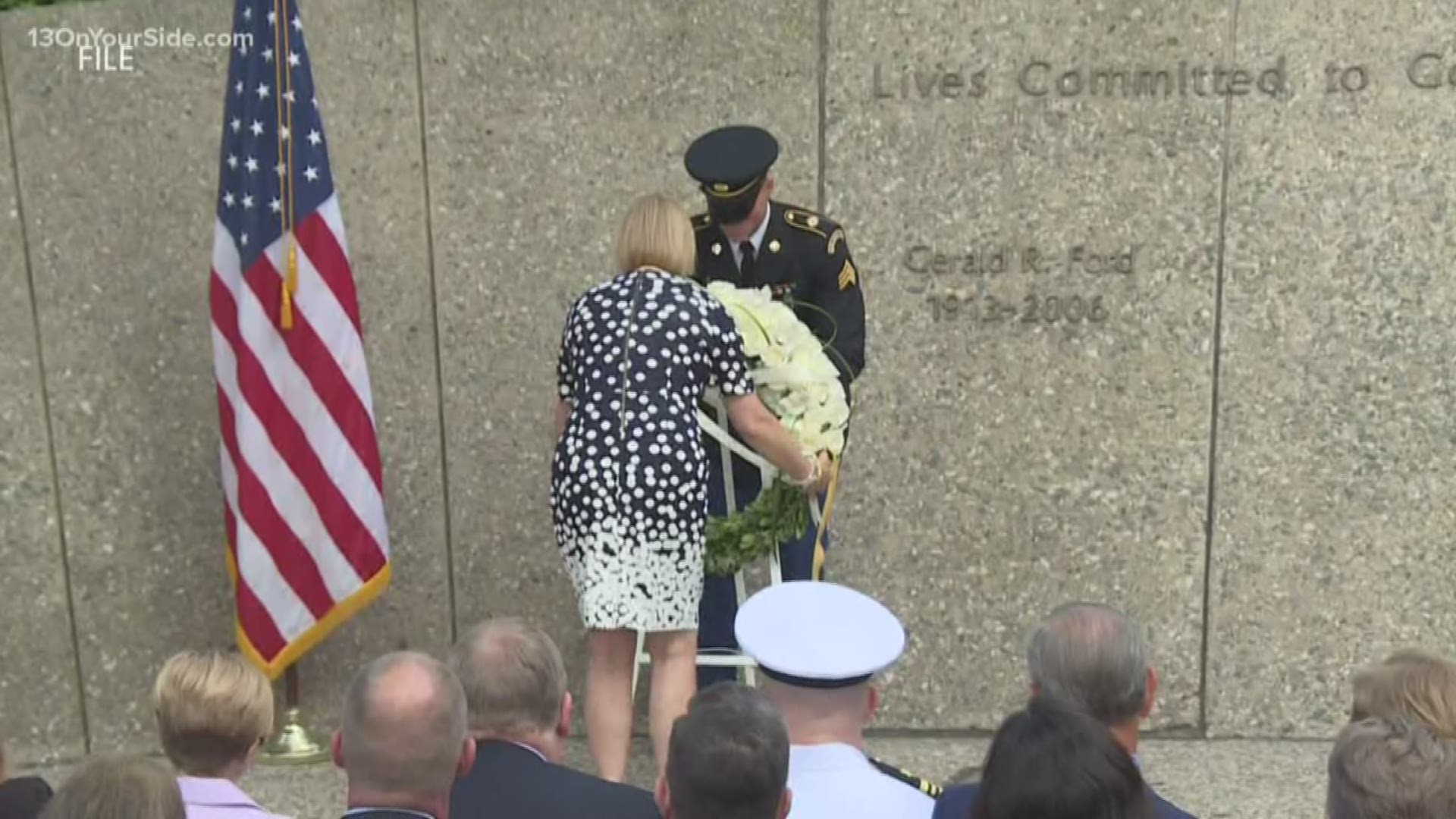 GRAND RAPIDS, Mich. - This weekend marks former President Gerald R. Ford's 106th birthday and there will be a special ceremony in Grand Rapids to commemorate the day.

On Sunday, July 14 at 8:30 a.m., wreaths will be laid on the former president and First Lady Betty Ford's grave site at the Gerald R. Ford Presidential Museum.

The annual wreath laying ceremony is actually a combination of two traditions. The first is a long-standing presidential tradition in which the sitting president, Donald Trump, sends a wreath to be presented by a military officer at Ford's tomb. The second is a personal tradition established by the Betty Ford in 2007. The wreaths will be presented by crew members of the USS Gerald R. Ford who are from West Michigan.

Members of the Ford family will also attend the ceremony, place wreaths and give remarks, including Susan Ford Bales, daughter of President and Mrs. Gerald R. Ford. 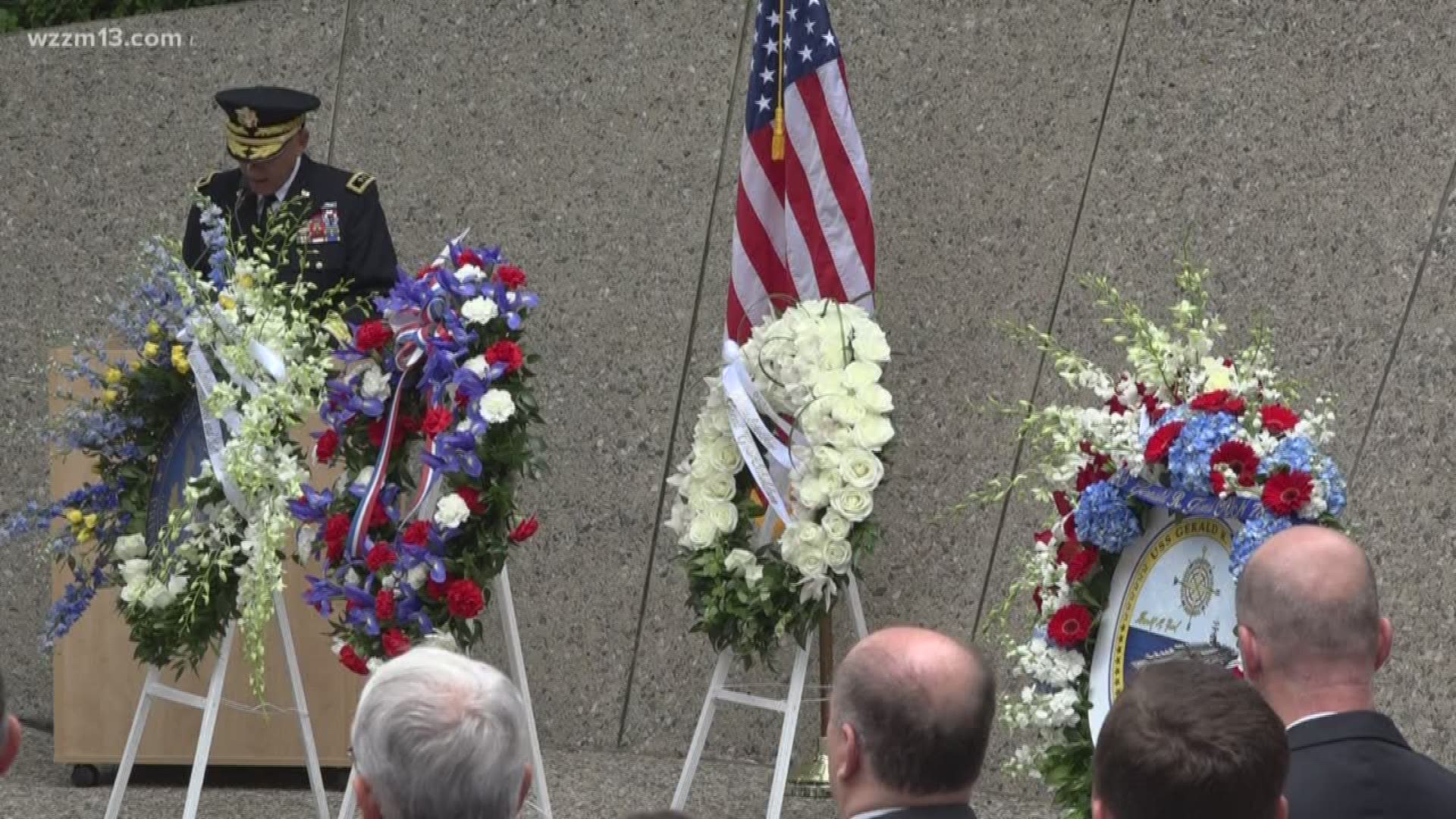