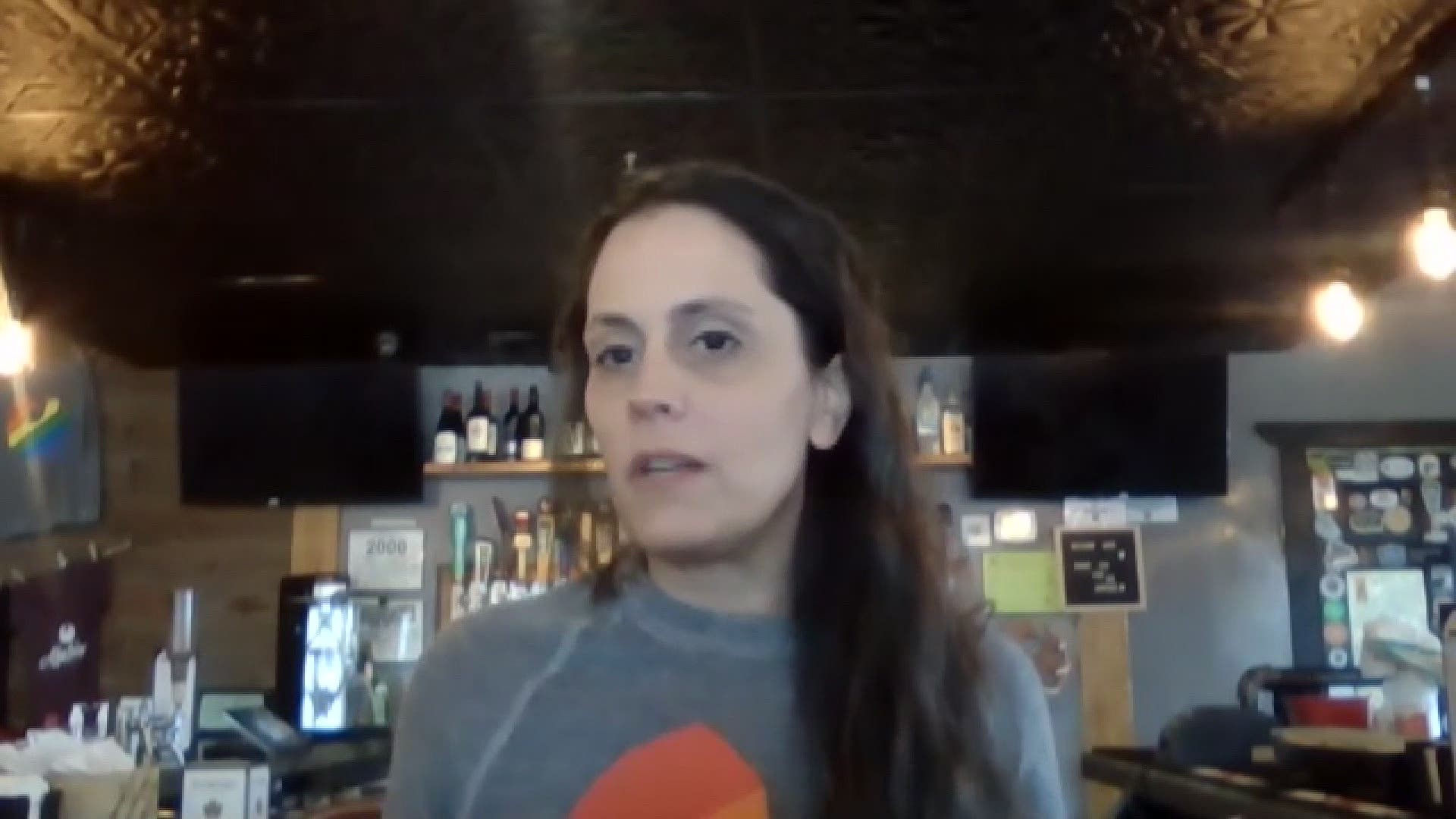 BYRON CENTER, Mich — People around the world will pay homage to women, on Monday, March 8, as they observe International Women's Day.

International non-profit, Pink Boots Society will also use the day to help empower women in the beer industry.

Monday is the official Pink Boots Brew Day. Each year breweries around the nation collaborate on the day to help raise money for member scholarships and other educational opportunities, for women in the beer industry.

"You know, I think I've been pretty lucky, I came into the industry at the right time, and I haven't honestly had many challenges. I have a great support system and a great brewer," said Amy Harris, co-owner of Alebird Taphouse and Brewery in Byron Center.

The Byron Center business opened almost 2 years ago. Harris says she and her partner had been home brewers for years, but was nervous about breaking into an industry where women were not equally represented.

"I think there are more women getting into it. But, traditionally it has been a male-dominated field. And, that's kind of why we're excited to pair up with The Pink Boots Society and, you know, show people that women can be in this industry too. There is no reason not to," says Harris.

According to trade organization, Brewers Association, only about 7 1/2 percent of brewers are women. The Pink Boots Society provides education, assistance and support to women in the industry to help improve those numbers.

The organization uses the annual Pink Boots Day to help raise money for member scholarships and other educational opportunities.

"I have a couple friends that did it last year. And, I looked into it and thought maybe it'd be a good way to get all the girls together and show that women in this industry can do exactly what men do, and have been doing," says Tsheomah Fisher, head brewer, at Alebird. "I have a bunch of friends that are female brewers and they love the idea, and they're going to try to do it at their breweries."

Harris and Fisher say this type of collaboration makes perfect sense in West Michigan, which has a very robust beer scene. They are excited to have customers try their special brew for the day.

"So, for our Pink Boots collaboration brew, we worked with Tsheomah to develop a recipe. All of the ladies, that wanted to be involved, got together and we decided the beer style, what we wanted to put in the beer, and then we worked with Tsheomah," says Harris. "He helped us write the recipe, but it's our brew. So we're doing the mashing. We're doing the cleanup and all that. Yeah. Then we sit and wait and have a really, really cool beer."

"We're going do a traditional saison, and then we're going to put pink peppercorns in it, with vanilla and strawberry," says Fisher. "So, it's going be a little bit spicy, and a little sweet. It'll be interesting to see how this turns out."