Feeling the blues one grave at a time

What started out as a simple passion for Steven Salter ended up evolving into a pilgrimage.

There’s a saying: If feeling blue is feeling bad, then blues music is the cure.

A man from Whitehall, Michigan, stands by that saying, and has become a beacon of hope for former blues artists because of it. His love for this genre of music has led him to a great calling – one that is making sure some of our country’s greatest musicians will never be forgotten.

What started out as a simple passion for Steven Salter ended up evolving into a pilgrimage. Many blues artists died before any of their music earned any money, which means several of the nation’s greatest blues artists are buried in small towns and cow pastures in unmarked graves.

To Salter, that’s grossly unacceptable. That’s why he’s spent the better part of the last 20 years providing headstones for blues artists, thanks to a niche non-profit organization he and four others created called “Killer Blues Headstone Project.”

“It’s something I never envisioned doing,” said Salter, who says he’s been a true lover of blues music his entire life, and has a lifetime of blues memorabilia to prove it.

“I call it the Killer Blues Garage,” said Salter. “Most of the stuff I’ve picked up on my travels.”

He’s transformed his garage into a shrine of blues collectibles. All four walls are layered with treasures he’s collected, photos of famous blues artists, hundreds of records and autographs. He even built a mini stage in the garage, complete with microphones and guitars, helping build the atmosphere.

This blues sanctuary isn’t just a place to house his collection. It’s also the place where Salter goes to work.

“To me, knowledge is food,” Salter said, as he fires up his computer and begins researching. “It all started out with me liking a blues song, then wanting to know more about the artist and all the band members.”

Salter’s research into these musicians is deep and thorough.

“Along the way, I became fascinated about trying to find the dates they were born, the dates they died, and where they were buried,” said Salter. “During this research, I discovered many of the greatest and most revered blues artists never received a headstone.”

In 1997, Salter decided to drive from Whitehall to New Orleans, Louisiana, for a big blues festival. He says that during his trip, he made a point of stopping off at cemeteries to visit graves of famous blues artists because he wanted to pay his respects.

On his way south, he stopped off in Chicago, Illinois, where many blues artists are buried.

“The first grave I went to was Muddy Waters, and I was surprised to see that he only had a small stone,” said Salter. “The gravestone was only one foot by two foot.

The gravestone of McKinley Morganfield, known by his stage name Muddy Waters. He was an American blues musician and was revered within the genre as one of the best ever. He died in Westmont, Illinois on April 30, 1983.

“Muddy Waters is the biggest name in blues, so I was shocked to see that his grave marker was so small.”

Salter left that cemetery and decided to visit another one in the Chicago area in search of the gravesite for Otis Spann, who happened to be Muddy Waters’ piano player, and was a huge influence in the blues industry.

“I arrived at the cemetery, walked out to the plot where Otis Spann was buried, and all I saw was grass,” said Salter. “There was no grave marker.

“I then went to the cemetery office and told the caretaker I couldn’t find the grave, and they said it’s because he doesn’t have a stone.”

Salter then proceeded to get into his car, and continue his journey south to New Orleans, but the lack of a gravestone for Otis Spann never left his mind for the rest of his trip.

“When I got back from New Orleans, I decided to contact a prominent blues review magazine, wrote them a letter to notify them that Otis Spann is laying in an unmarked grave, and something should be done,” said Salter.

This is the letter Steven Salter sent to a prominent blues magazine a few years ago. The magazine acted on the letter, started a fund, which helped secure a gravestone for famous blues piano player, Otis Spann.

The magazine published a story, which included an image of Salter’s letter. Through the backing of the magazine, a fund was launched and people from all over the world donated money. A marked gravestone was eventually placed for Otis Spann, thanks to Salter’s letter to the magazine.

“I was thrilled to see how the public responded to help Otis get a marker,” said Salter.

“Through my research, I had found so many other blues artists who were also laying in unmarked graves, but the magazine didn’t seem to have any further interest in helping.

In 2009, Salter, along with four others, managed to gain 501(c)(3) non-profit status for the “Killer Blues Headstone Project,” and what has unfolded in the eight years since has been truly remarkable. 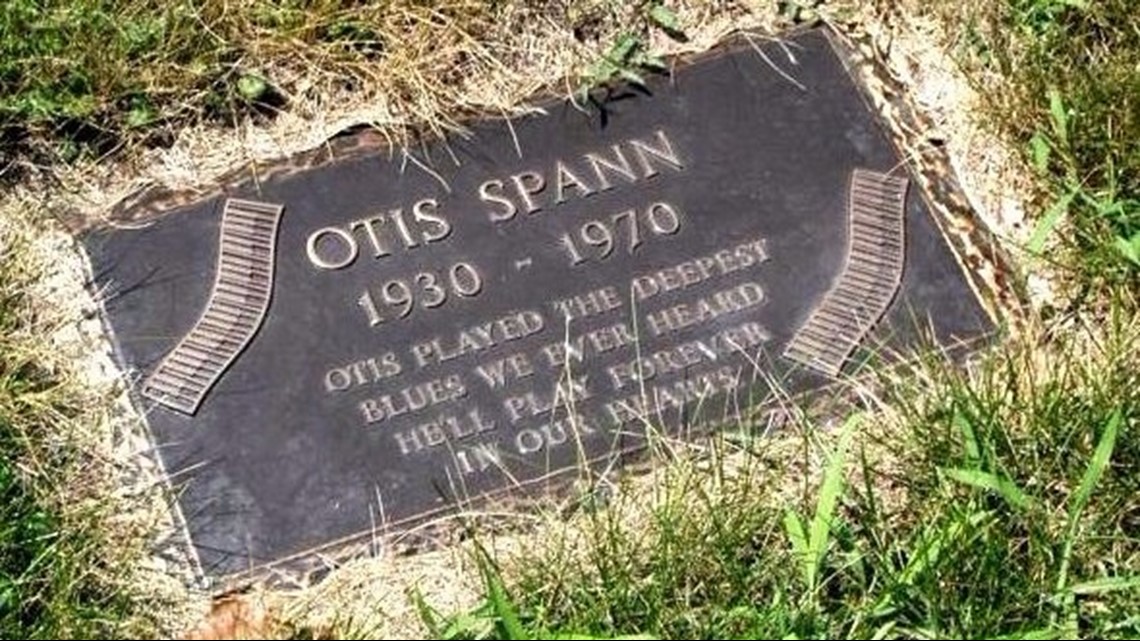 “Thanks to donations, we’ve been able to place 68 headstones on the ground for blues artists,” said Salter proudly. “If all goes well this year, that number will rise to 77 stones placed.”

If the finished stones are delivered to Salter’s home in Whitehall, he will travel to the state where the artist is buried and place the markers himself. Most of the time, the stones are made by a monument company in the city where the musicians are buried.

Sometimes the finished gravestones are shipped directly to Steven Salter’s house in Whitehall, then he will place them in the cemeteries himself.

“If we can’t travel the long distance ourselves, we ask the cemetery sextons to place the gravestones, and once they’re officially on the ground, they take a photo, send it to us, and then we cross that artist off our list,” said Salter.

Killer Blues Headstone Project has recently discovered more than 50 additional blues musicians’ gravesites that are unmarked. The plan is to place a stone for each one, but the organization relies exclusively on financial donations to make that happen.

“The reason I do this is to honor these individuals who brought such great music to the world,” said Salter. “It makes me feel good when we get a stone down on the ground.

“When these blues musicians died, we lost them; but if we don’t know where they’re buried, it’s like they’re lost twice, and that’s something I find very difficult to live with.”

“We can’t do this without donations,” said Salter. “None of the five people in this organization makes a single penny from this endeavor. The Killer Blues Headstone Project has become a labor of love for us because we know we’re making sure human beings aren’t forgotten.”

If you’d like to learn more about Killer Blues Headstone Project, and/or make a donation to the effort, you can click here and you’ll be taken directly to the website.