"Inmates who have stood on the frontlines, battling historic fires should not be denied the right to later become a professional firefighter," said Gov. Newsom 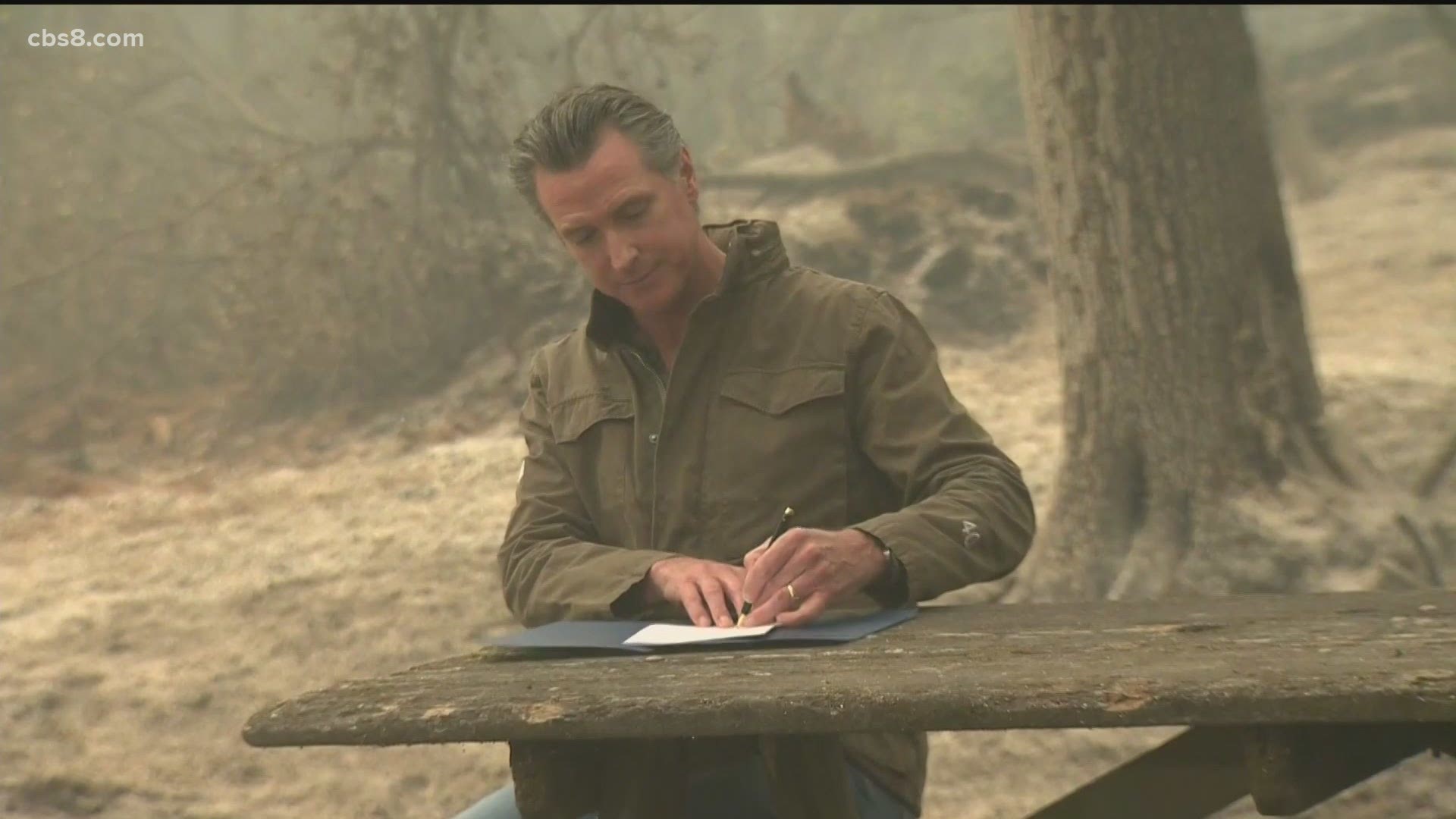 CALIFORNIA, USA — Gov. Newsom signed a bill at the conclusion of his press conference on Friday amidst the smokey Lake Oroville State Recreation Area in northern California, allowing inmate firefighters to seek occupations as emergency first responders upon their release from prison.

The bill, AB 2147, will "help give people opportunity and hope," Newsom said. "And those are those prisoners that are out there, thousands of prisoners, that are on the front lines and want the opportunity because of the training they're receiving, once they're out of the system, to potentially be able to join a workforce of which they've been trained and have actively participated in heroic ways."

The new law would pave the way for inmates who are trained as emergency first responders to have their records cleared so they can seek employment as professional firefighters upon release from prison.

California has had difficulties in recent years with getting enough inmate firefighters due to changes in the law for lower-level offenders that have limited the numbers in state prisons.

According to Cal Fire, there are approximately 3,100 inmates working at fire camps currently. Approximately 2,200 of those are fire line-qualified inmates.

This program, which has been going on for decades, only available to low-level inmates, it is not available to those convicted of higher crimes like murder or rape are not eligible to be part of the firefighter program.

Inmates who have stood on the frontlines, battling historic fires should not be denied the right to later become a professional firefighter.