The team at Bella Italia Ristorante in Plano gave free food to anyone in need during the winter storm. More than 500 people got a warm meal on a cold day. 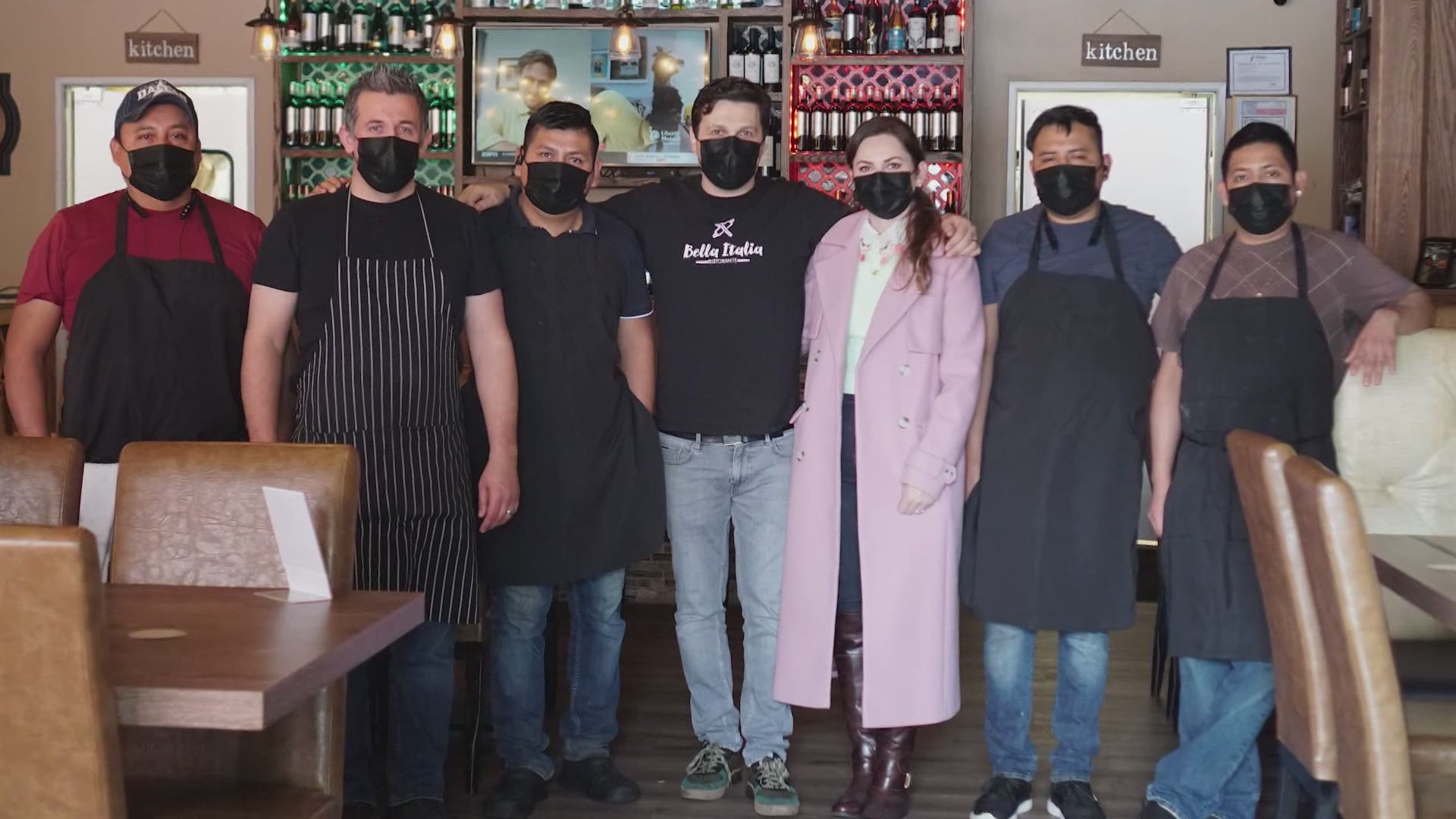 PLANO, Texas — On Wednesday, Bella Italia Ristorante in Plano had no electricity, like many others in North Texas during the winter storm.

Ari Isufaj, the owner, knew he had the benefit of a gas oven and gas stove. He decided to open his doors and cook pots of spaghetti and trays of lasagna to serve anyone in need.

In three hours, his team fed more than 500 people with a comforting Italian meal.

"People were saying this is their first hot meal in two to three days. That's something that I can't describe."

Anne Newman, a regular customer, didn't have power for 41 hours. She said she's not surprised by the generosity of Isufaj and his team.

"I have no doubt if I came to him and said there was somebody in need, he would fill that need," said Newman.

Not only did Isufaj serve 508 people on Wednesday, but he also delivered 80 meals to a warming center at Sent Church on Tuesday.

Pastor Kyle Ray calls Bella Italia a blessing. He said, "That lasagna and spaghetti with marinara, not only was it good, but it was timely for people who are out of power."

To Isufaj, he was just doing the right thing. He said it's a "thank you" to his customers who kept his family business afloat throughout the pandemic.

He is happy to provide a hot meal to help his community power through a cold day.