The Grand Rapids event was just one in hundreds of marches that took place throughout the country. 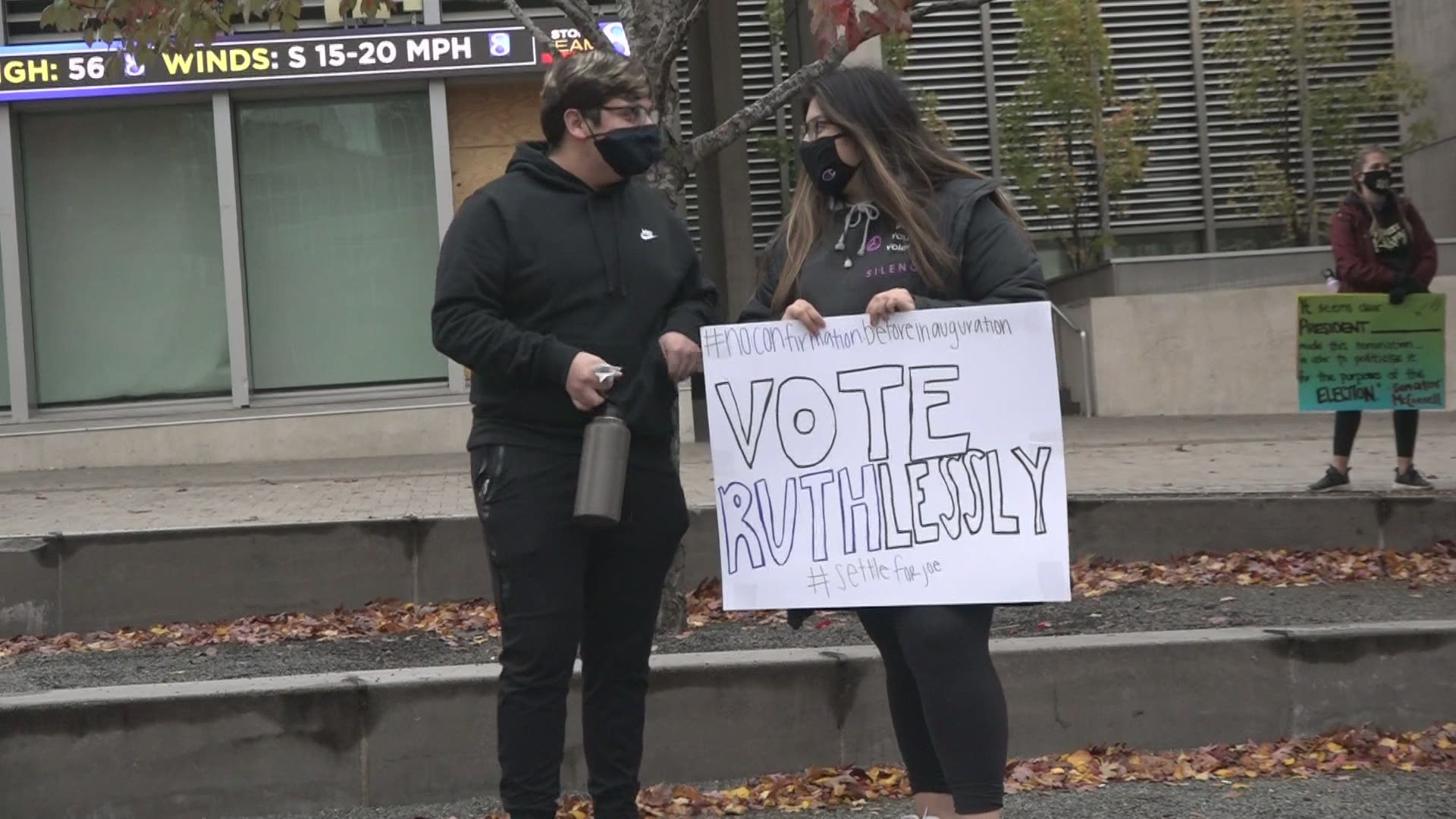 The marchers gathered at Rosa Parks Circle at around 10 a.m. before hitting the streets. At the event, the participants called for lawmakers not to confirm judge Amy Coney Barrett for the open seat on the Supreme Court.

"The time is now to show up and march for all women — for trans, Black, Brown, and Indigenous women," the Facebook event description reads. "We must fight to honor Justice Ruth Bader Ginsburg’s legacy and protect the now open Supreme Court seat."

The Grand Rapids event was just one in hundreds of marches that took place throughout the country. Organizers say tens of thousands of people showed up at up to 438 marches across the states.

The first Women's March protest took place the day after the inauguration of President Donald Trump in 2017. It drew more than a million people and has happened every year since.