Police: Man driving wrong way on I-96 had child in vehicle

OTTAWA COUNTY, Mich. — Sheriff's deputies say a man had child in his vehicle while driving the wrong way on I-96 in Ottawa County, causing a crash with multiple vehicles.

It happened Sunday night around 10:45 on eastbound I-96 near the Marne exit.

Investigators say they received multiple calls of a Chevrolet Malibu driving west in the eastbound lanes of I-96, until it crashed with a vehicle near Exit 23.

Deputies say the 29-year-old driver of the vehicle going the wrong way had a 7-year-old girl with him. After the crash, the man left the area on foot with the child. Police located the man nearby and took him into custody. Neither the man nor the child were injured.

The 18-year-old driver of the other vehicle in the initial crash was taken to the hospital with minor injuries.

The multiple occupants of the other vehicles involved in chain reaction were not hurt.

The Ottawa County Sheriff's Office did not say why the man was driving the wrong way, or if drugs or alcohol were involved.

Eastbound I-96 was reduced to one lane of traffic for about 2 hours while wrecker crews worked to remove the vehicles involved.

At this time the freeway is open.

Related stories from 13 ON YOUR SIDE:

Related video from 13 ON YOUR SIDE: 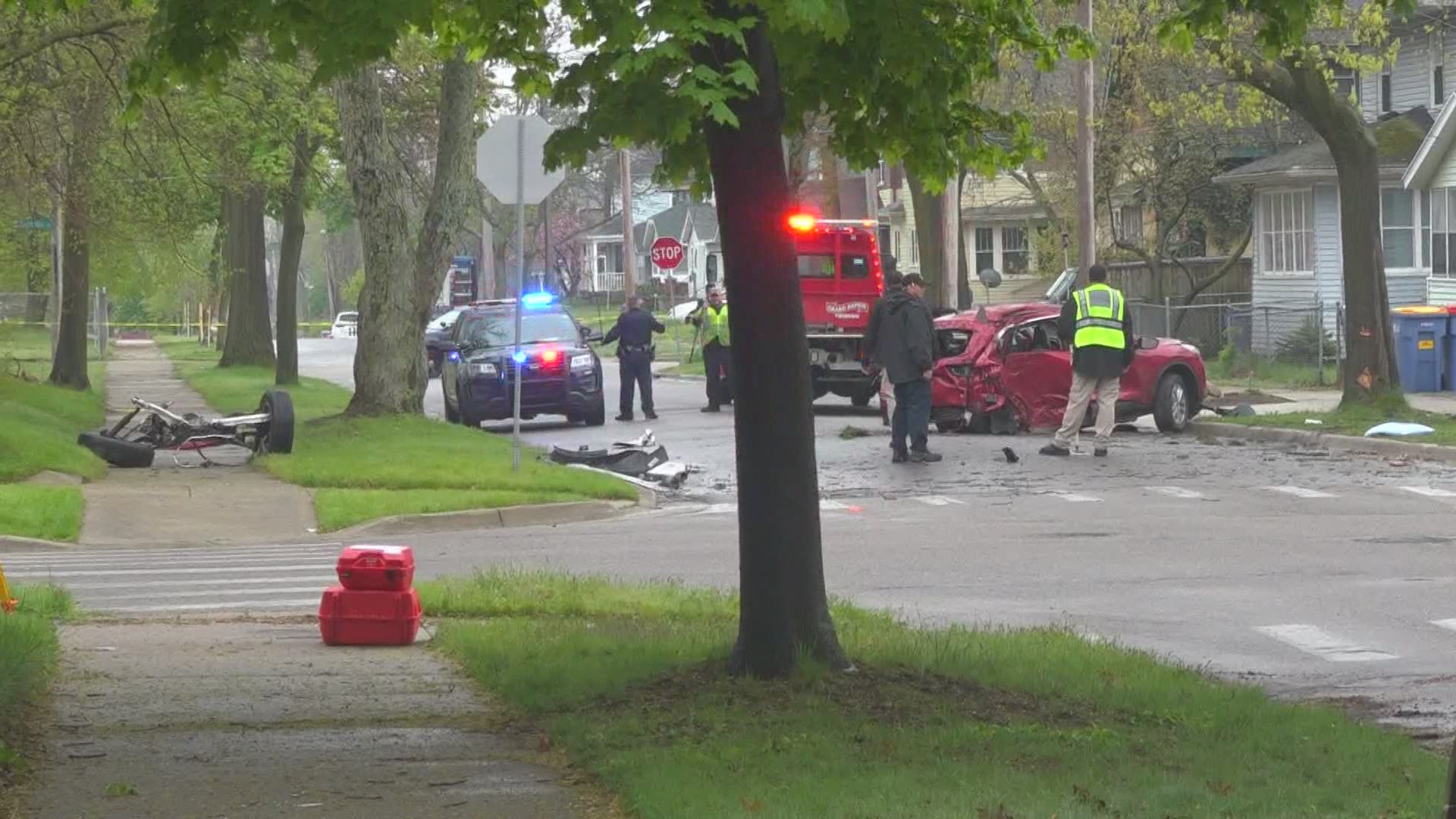