Adam K. Nolin, the 33-year-old Wyoming man suspected in the shooting death of his girlfriend, was arraigned Friday in a Grand Rapids hospital on multiple charges, including two counts of attempted murder, for firing at police who tried to stop his fleeing vehicle. A Grand Rapids police vehicle struck Nolin as he ran along the freeway with a handgun. 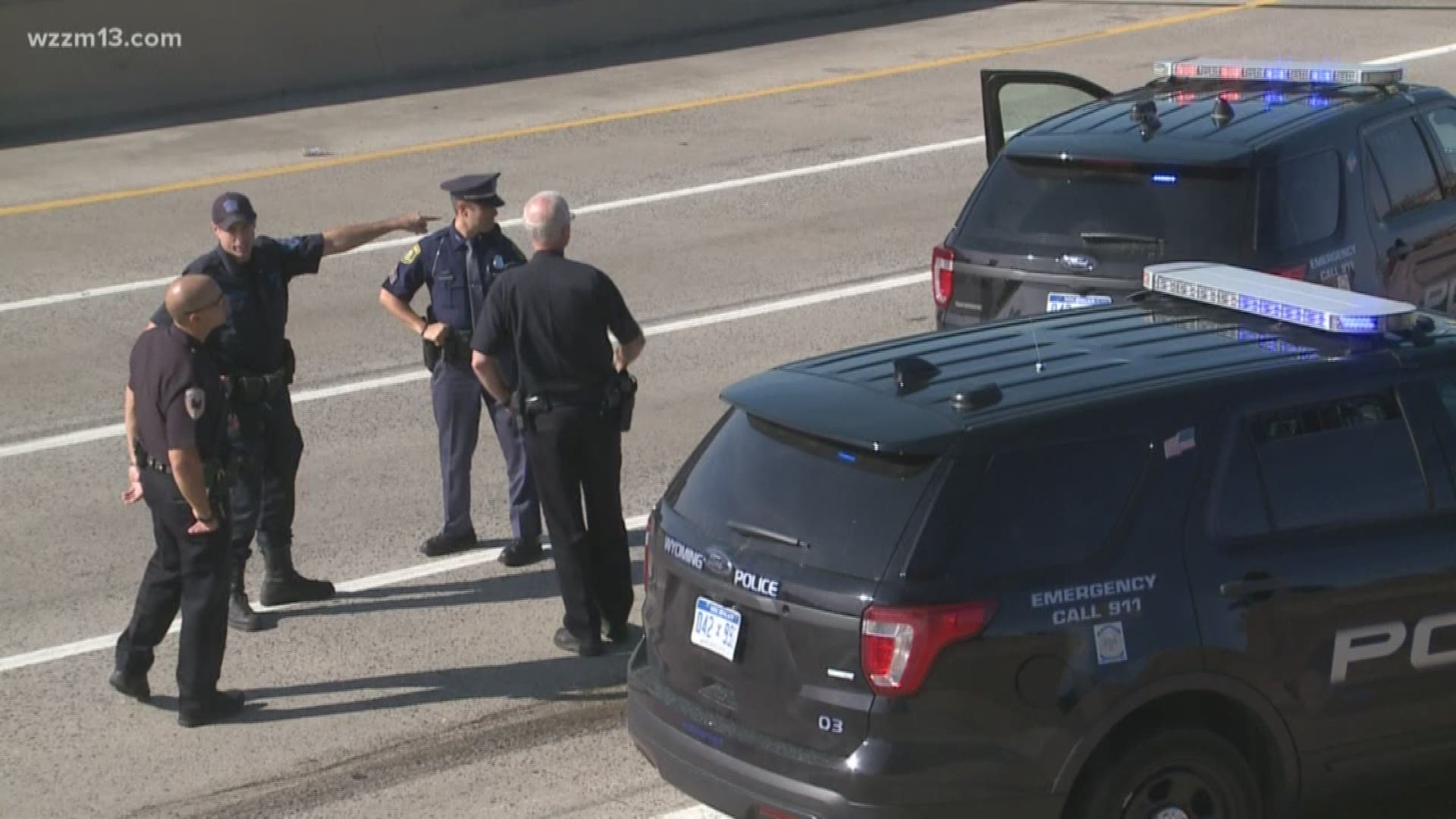 WYOMING, Mich. - A Wyoming man accused of killing his girlfriend before leading police on a chase has been charged with attempted murder for shooting at officers before he was run down by a police SUV on a downtown Grand Rapids freeway.

The Friday afternoon arraignment took place at a Grand Rapids hospital where 33-year-old Adam Kenneth Nolin is recovering from injuries suffered when he was struck by a Grand Rapids police vehicle in the northbound lanes of U.S. 131.

Nolin was arraigned on five felony charges, including two counts of assault with intent to murder, a potential life offense. He is also charged with fleeing police, carrying a concealed weapon and felony use of a firearm.

Wyoming District Court Judge Pablo Cortes, who presided over the unusual hospital arraignment, ordered Nolin held without bond. A probable cause conference was set for Oct. 10.

“Arraigning at the hospital certainly isn’t the norm, but it’s not unheard of either,’’ Wyoming Police Capt. James Maguffee said. “He is getting the treatment he needs, but we need the wheels of justice to turn. Judges will often make the accommodations to make that happen.’’

Although Nolin has not been charged in the shooting death of his girlfriend, 27-year-old Tia Mae Randall, the homicide investigation remains active, Maguffee said.

“There’s absolutely an underlying homicide investigation that continues and we’ll be close to wrapping that up and we’ll present that to the Kent County prosecutor at the appropriate time,’’ he said.

Wyoming police on Thursday morning responded to Creekside Estates mobile home park, near Clyde Park Avenue and 52nd Street SW, where they found Randall, a mother of two, dead from a gunshot. Nolin was quickly identified as a suspect. Police broadcast a description of Nolin and his vehicle, a 1996 black Dodge pickup with a broad red stripe on the sides and hood.

Wyoming police spotted the vehicle in the area of Buchanan Avenue and 32nd Street SW and unsuccessfully tried to get the driver to pull over.

Wyoming officers pursued the pickup into Grand Rapids. Nolin lost control of his vehicle in an area of the freeway known as the S-curve. His pickup came to rest next to a concrete median barrier. Nolin was running with a gun in his hand when he was struck by a Grand Rapids police vehicle.

Nolin remains hospitalized in serious but stable condition. Once he is discharged from the hospital, he will be transferred to the Kent County Jail.

Maguffee praised officers from multiple departments who assisted on Thursday.

“It shows the willingness of our police officers in West Michigan to put themselves in harm’s way to protect this community,’’ he said. “They got the guy in custody in an appropriate time frame and in an appropriate way and we’re very proud of them.’’

Michigan State Police are also continuing their investigation into the officer-involved shooting.

Authorities provided a booking photo of Adam Nolin. 13 ON YOU SIDE wanted to warn our readers that the photo is graphic.