This Wyoming Department of Public Safety officer was in the right place at the right time. Because of that, and his instinctual response, no one was injured. 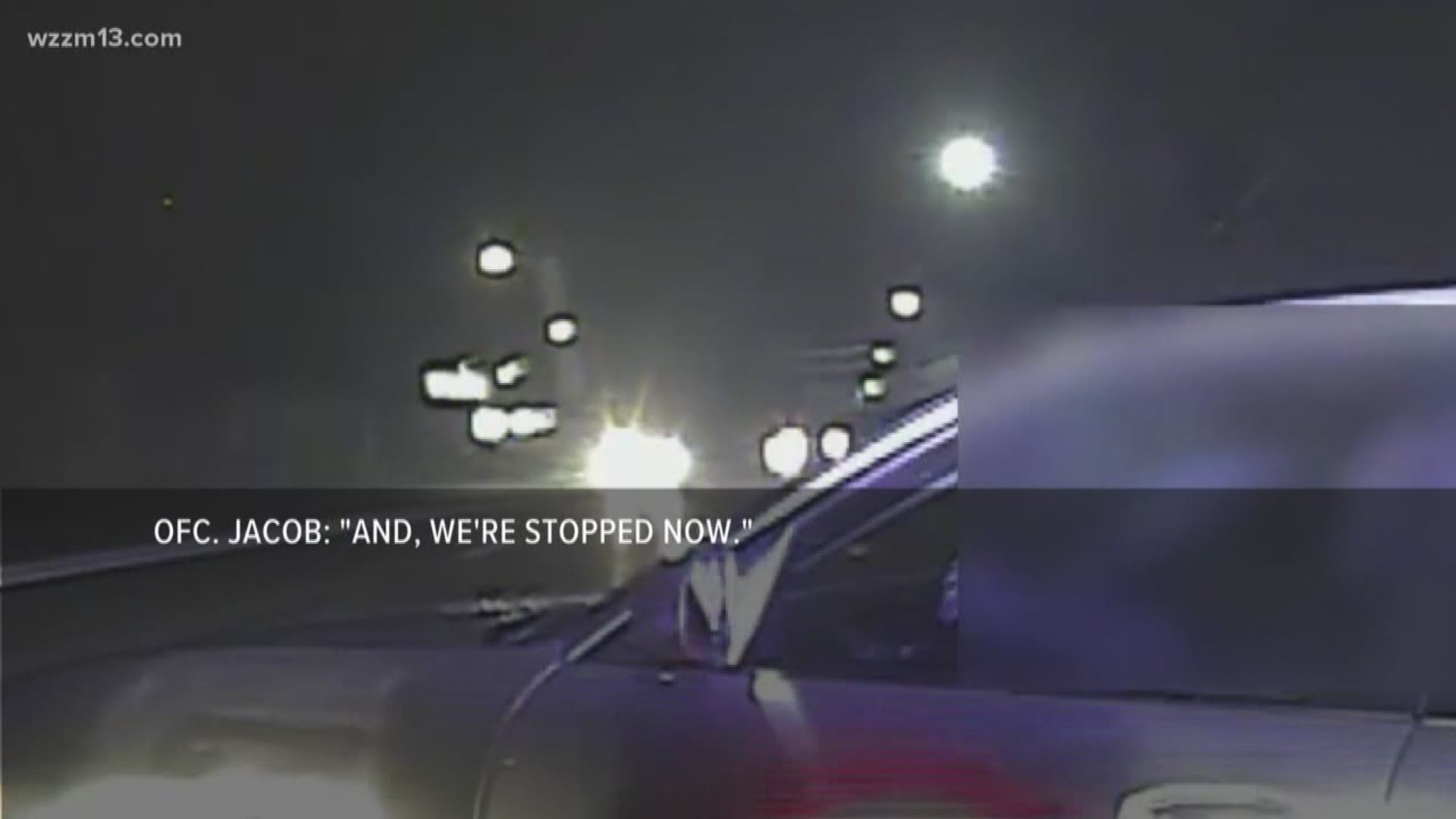 A Wyoming Department of Public Safety officer was in the right place at the right time this morning, allowing him to keep many highway travelers safe from a wrong-way driver.

Shortly before 3 a.m. Thursday, Dec. 20, Officer Tony Jacob was driving south on U.S. 131, near 44th Street SW, when he noticed a wrong-way driver going north in the southbound lanes.

Immediately, he tuned on his emergency lights and siren to warn other drivers of the possible danger. He then pulled alongside of the wrong-way vehicle, which was traveling at approximately 50 to 60 mph.

At that time, Officer Jacob was able to see the driver who appeared to be asleep.

Instinctively, he used his cruiser to safely push the car to a stop. 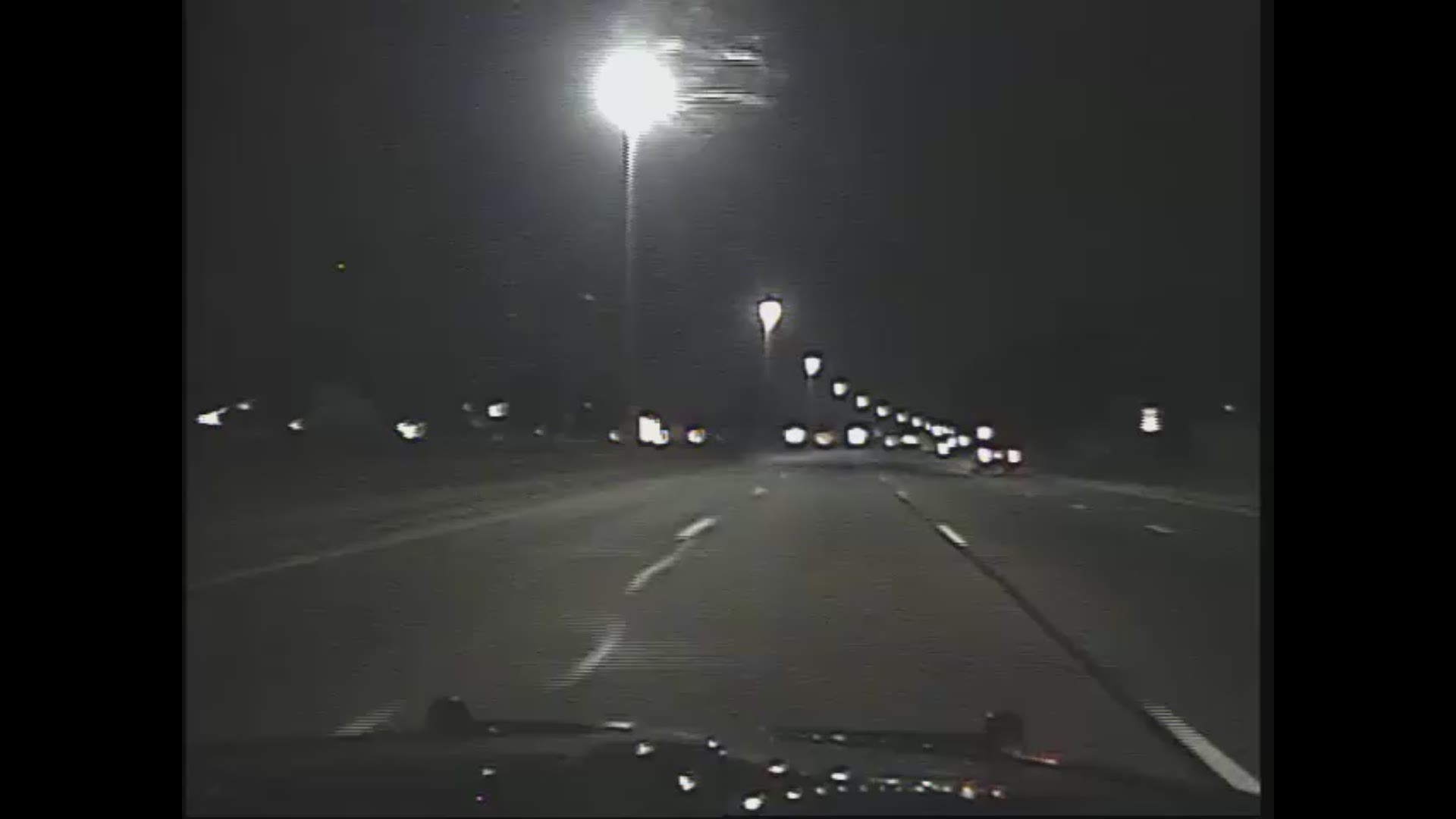 Police say it does not appear that alcohol or drugs were a factor and there were no injuries.

The driver of the vehicle told police he had been awake for more than 40 hours and was sleep deprived.

The Wyoming Deptartment of Public Safety would like to take this opportunity to remind drivers of the dangers associated with “drowsy driving” or “fatigued driving.”

According to the National Highway Traffic Safety Administration, there were 795 traffic fatalities in 2017 due to drowsy driving.

How to avoid driving drowsy

Getting adequate sleep on a daily basis is the only true way to protect yourself against the risks of driving when you’re drowsy. Experts urge consumers to make it a priority to get seven to eight hours of sleep per night.

Before the start of a long family car trip, get a good night’s sleep, or you could put your entire family and others at risk.

Many teens do not get enough sleep at a stage in life when their biological need for sleep increases, which makes them vulnerable to the risk of drowsy-driving crashes, especially on longer trips. Advise your teens to delay driving until they’re well-rested.

Avoid drinking any alcohol before driving. Consumption of alcohol interacts with sleepiness to increase drowsiness and impairment.

Always check your prescription and over-the-counter medication labels to see if drowsiness could result from their use.

If you take medications that could cause drowsiness as a side effect, use public transportation when possible.

Drinking coffee or energy drinks alone is not always enough. They might help you feel more alert, but the effects last only a short time, and you might not be as alert as you think you are. If you drink coffee and are seriously sleep-deprived, you still may have “micro sleeps” or brief losses of consciousness that can last for four or five seconds. This means that at 55 miles per hour, you’ve traveled more than 100 yards down the road while asleep. That’s plenty of time to cause a crash.

If you start to get sleepy while you’re driving, drink one to two cups of coffee and pull over for a short 20-minute nap in a safe place, such as a lighted, designated rest stop. This has been shown to increase alertness in scientific studies, but only for short time periods.