Windmill cookies are a West Michigan staple that can now be found in ice cream. 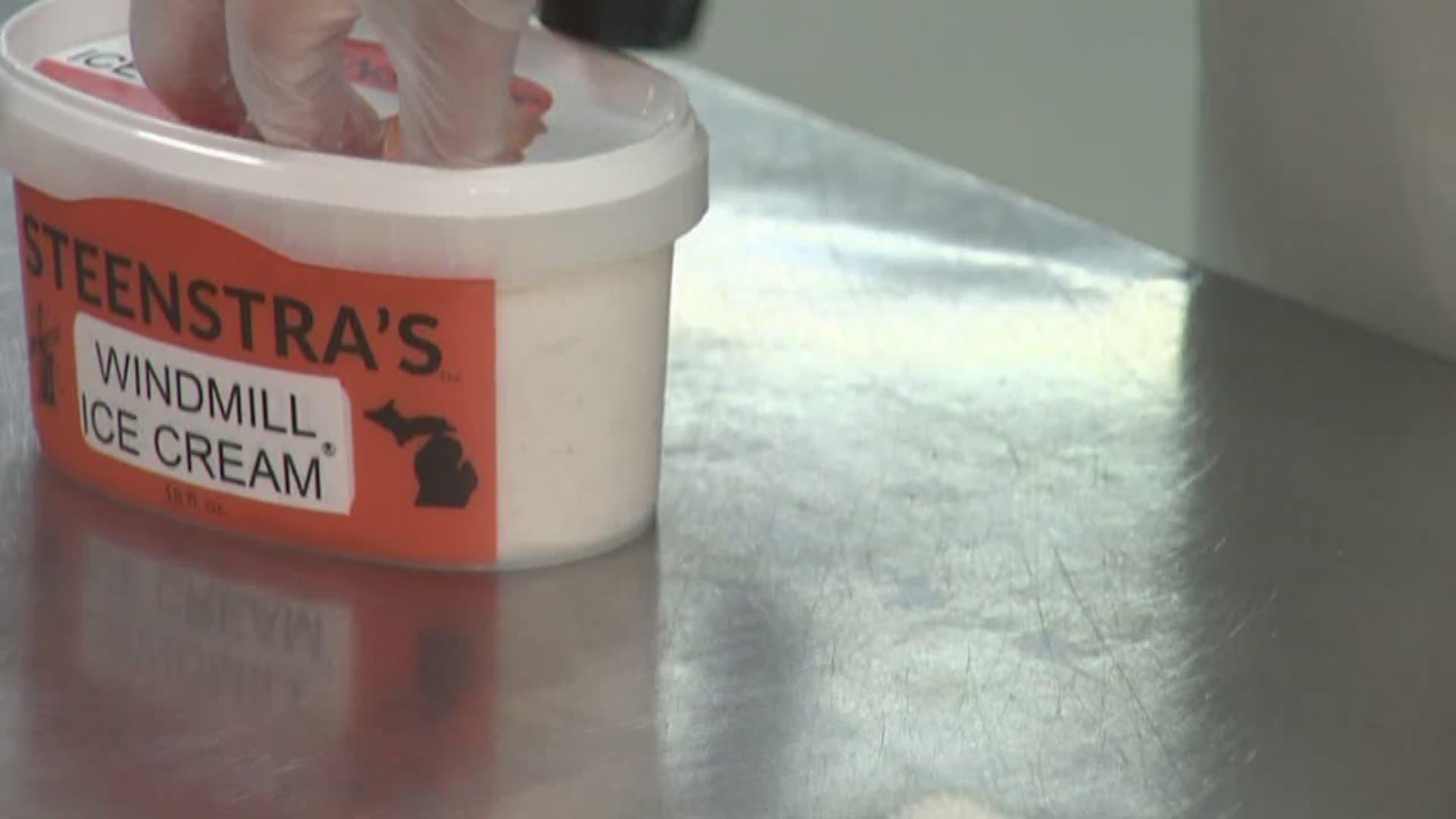 Windmill cookies are a West Michigan staple that can now be found in ice cream.

"I Iike dunking them in my milk, but now we are helping you out by putting it into ice cream", says Harold Voorhees, owner of Unique Cookies, the company that owns the Steenstra Windmill brand.

"You have that melting in your mouth flavor of ice cream and cookie."

Voorhees is excited to talk about his new ice cream, which launched in June. But to fully understand it, you must know the history of the cookie. "It started with the Steenstras coming to Grand Rapids in 1925."

The family brought their recipe from the Netherlands and began making Dutch Windmill Cookies on a press invented in Grand Rapids. There are five different shapes: Santa on a horse, a boy and a girl, a rooster, owl, and windmill. Over the years, their popularity grew, but the Steenstra family couldn't keep up with the demand. "They were undercapitalized. They would run out of product. They didn't have funds to keep the inventory necessary."

That's when the Voorhees family came into the picture. They were in the food distribution business and eventually bought the Steenstra cookie company in 1994. It was renamed Unique Cookies, but the cookie name and recipe remains the same. "How would you describe the flavor? Ginger, cinnamon, clove....I better not go on, or I'll get in trouble", says Voorhees.

The "dunker", as it's called, has now made its way into ice cream. Voorhees launched the windmill ice cream with help from Pete Palazzolo, whose gelato business is already a success.” I want the best ice cream because I got the best cookie."

The ice cream can be found in most major grocery stores in West Michigan. The cookies; throughout the Midwest and Florida.

As the brand continues to expand, Voorhees says he's committed to keeping the manufacturing, close to home. "We're based, maintained in Michigan and would like to say Made in Michigan. Keeping that local connection is important," he said.