Man accused of killing his father arrested in Kalamazoo

There are now open charges against 56-year-old Scott Sterffy for the murder of his father, a Portage resident. Police say he's been spotted in Chicago and Seattle. 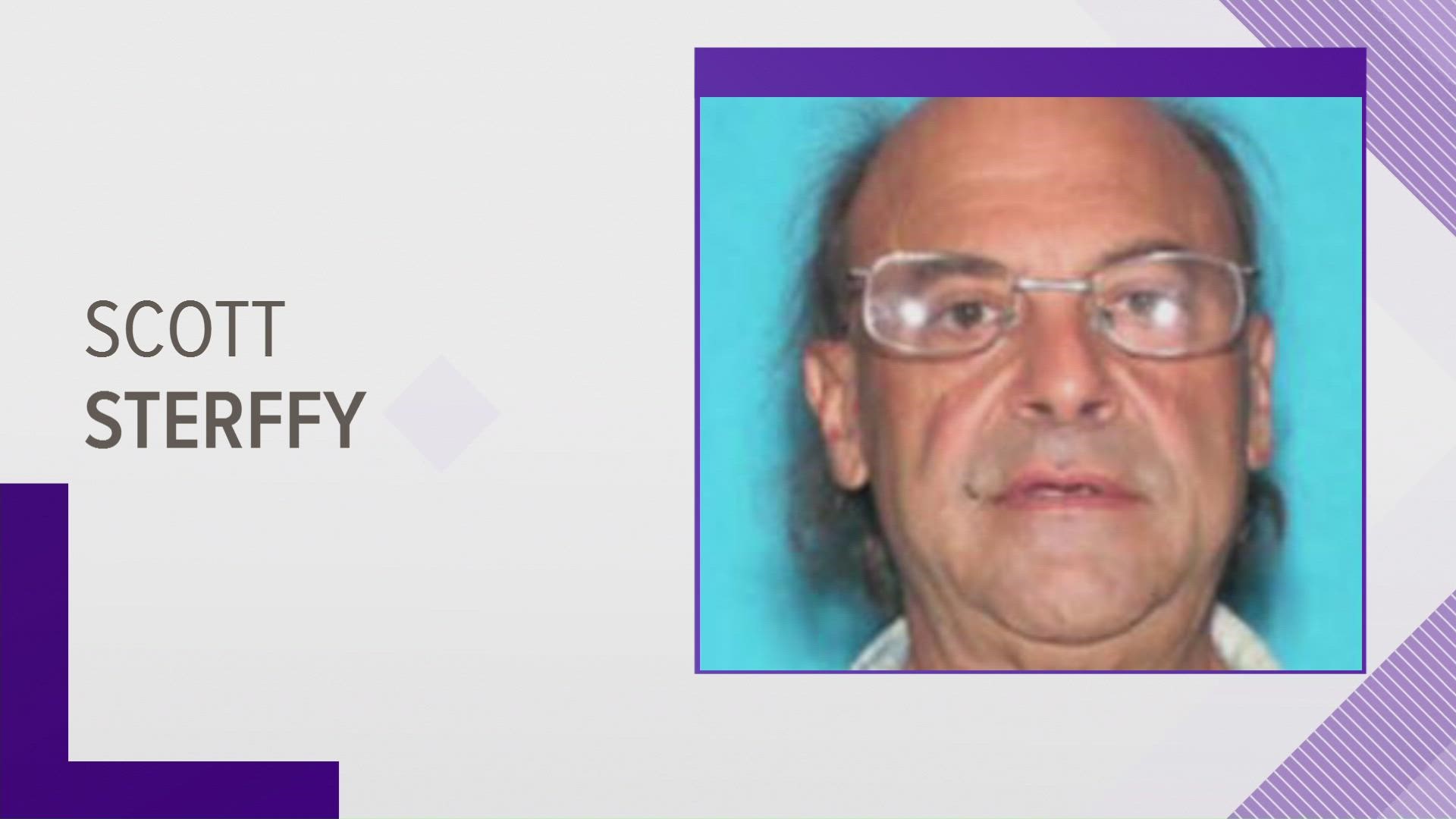 Police have arrested the man they believe is responsible for the death of Dr. Thomas Aye on July 25.

Police say Sterffy is expected to be arraigned on Monday, August 2, 2021.

A man killed his father in Portage and left the state, Portage Dept. of Public Safety said on Friday. He is now considered armed and dangerous by authorities.

On July 25, Portage police responded to a call at a residence on Glencove Court. Officers found an 82-year-old male dead inside the home.

The man was soon identified as Dr. Thomas Aye, a retired oral surgeon and Portage resident.

Evidence at the scene showed signs of violence, opening an investigation. After an autopsy, Portage medical examiners determined his cause of death as a homicide.

Sterffy has since traveled out of state. He has been spotted in Chicago and Seattle. Portage detectives are working with state and federal authorities to locate him.

Police say Sterffy should be considered armed and dangerous. Anyone coming into contact with him should be cautious.