Joseph Richard Hanna will stand trial on two counts of second-degree murder for the Jan. 4 crash that killed a father and son in northern Kent County. 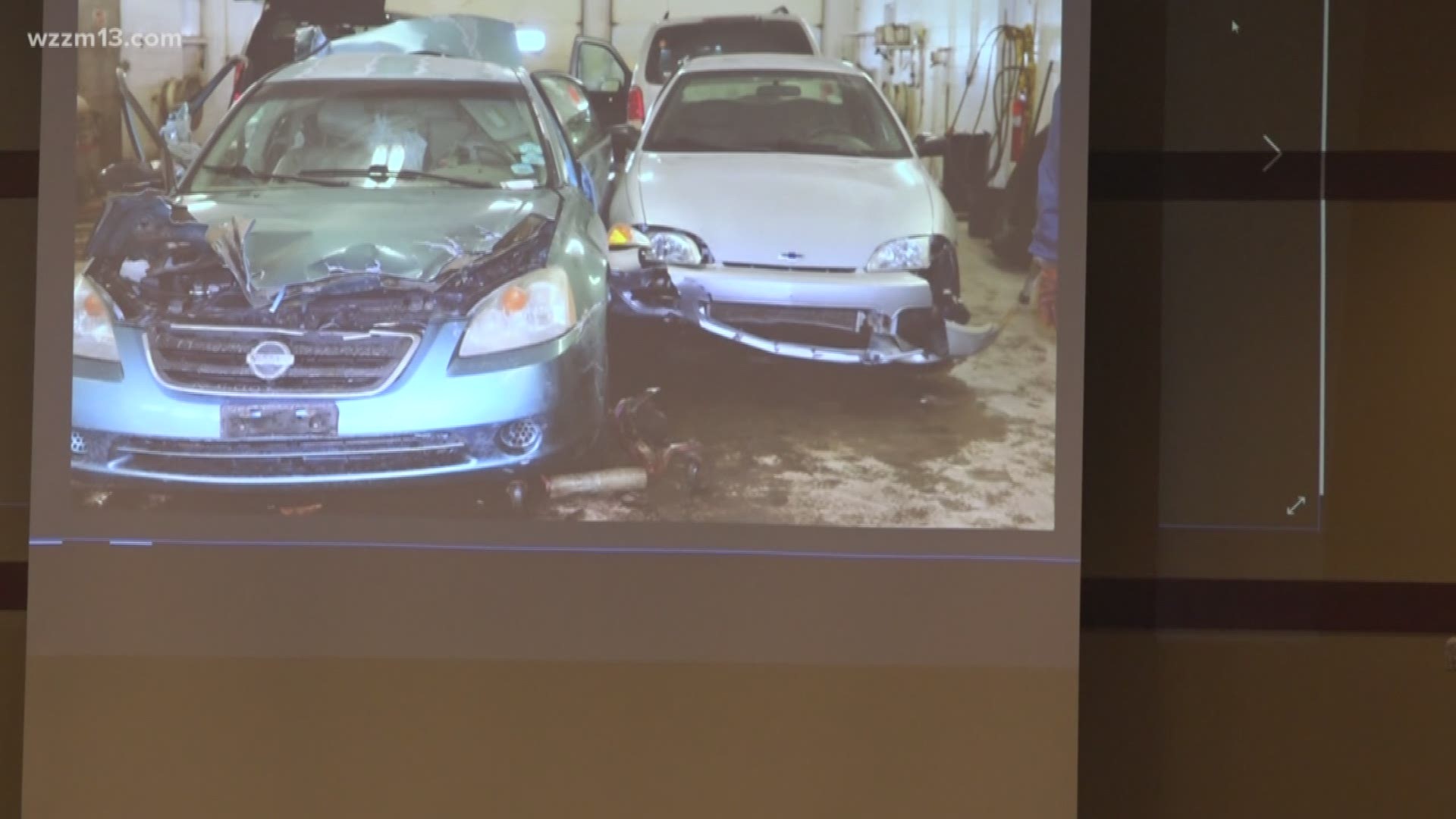 GRAND RAPIDS, Mich. - A man accused in a suspected road rage crash in northern Kent County that killed a father and son has been ordered to stand trial on two counts of second-degree murder.

In addition to second-degree murder, a potential life offense, Hanna is charged with two counts of operating while intoxicated causing death and reckless driving causing death. Both are 15-year felonies.

The crash happened around 5:19 p.m., with Hanna “intentionally ramming (pitting) a vehicle driven by Jerry Kinsey while under the influence of marijuana,’’ an investigator wrote.

The collision occurred when Hanna tried to pass Kinsey’s vehicle on M-57, also known as 14 Mile Road NE. The two vehicles came in contact, sending Kinsey’s vehicle into the opposing lane of traffic, where it was struck by a westbound van.

Two people in the van suffered minor injures; Hanna was not hurt.

After the crash, Hanna got out of his vehicle, kicked a tire and said, “Look what they did to my (expletive) vehicle,’’ a witness testified Tuesday, July 3. Hanna complained that the other vehicle was traveling too slow; he appeared to care more about his vehicle than those involved in the crash, according to testimony.

Joel Kinsey died at the scene. He was a 2016 graduate of Tri-County High School and served as a Lance Corporal with the U.S. Marines. Jerry Kinsey died a little more than two weeks later. The Sand Lake man was a senior tool and die designer in Comstock Park, according to his obituary.

Police investigated the crash as a “possible road rage situation’’ between Jerry Kinsey and Hanna.

As he accelerated and merged into the eastbound lane, Hanna said he noticed the driver of a green vehicle in front of him quickly slow down to approximately 20 mph and give him “the finger,’’ court records show.

Hanna told a state police trooper he was “unsure why the driver in front of him was upset because he did not cut him off,’’ Michigan State Police Detective Sgt. Denise Bentley wrote in a search warrant affidavit.

Steven Kurtz, who was driving behind Hanna and Kinsey, said the two were "drag-racing towards Greenville.'' The two vehicles came in contact twice prior to the deadly crash, Kurtz testified.

An accident reconstructionist “determined from the marks on the vehicles that it appeared Hanna had deliberately turned into Kinsey’s vehicle as they were traveling down the road, which caused Kinsey’s vehicle to spin out of control into the westbound lane where it was struck.’’

Crash data indicates Hanna did not apply his brakes until after the crash occurred “which is contrary to what he reported regarding attempting to merge back into traffic,’’ Bentley wrote in court records.

Bentley learned that Hanna “had been involved in a prior road rage incident in December of 2017 where Hanna was accused of throwing a bottle at another vehicle as it traveled down the highway on U.S. 131,’’ court records show.

The deadly January crash occurred less than five months after Hanna was charged with a drug offense for a butane hash oil explosion that leveled his house in northern Kent County.

Hanna was charged with operating/maintaining a laboratory used to manufacture butane hash oil, a 10-year felony. That case is pending.