"It was a unique experience in life I'll never forget." 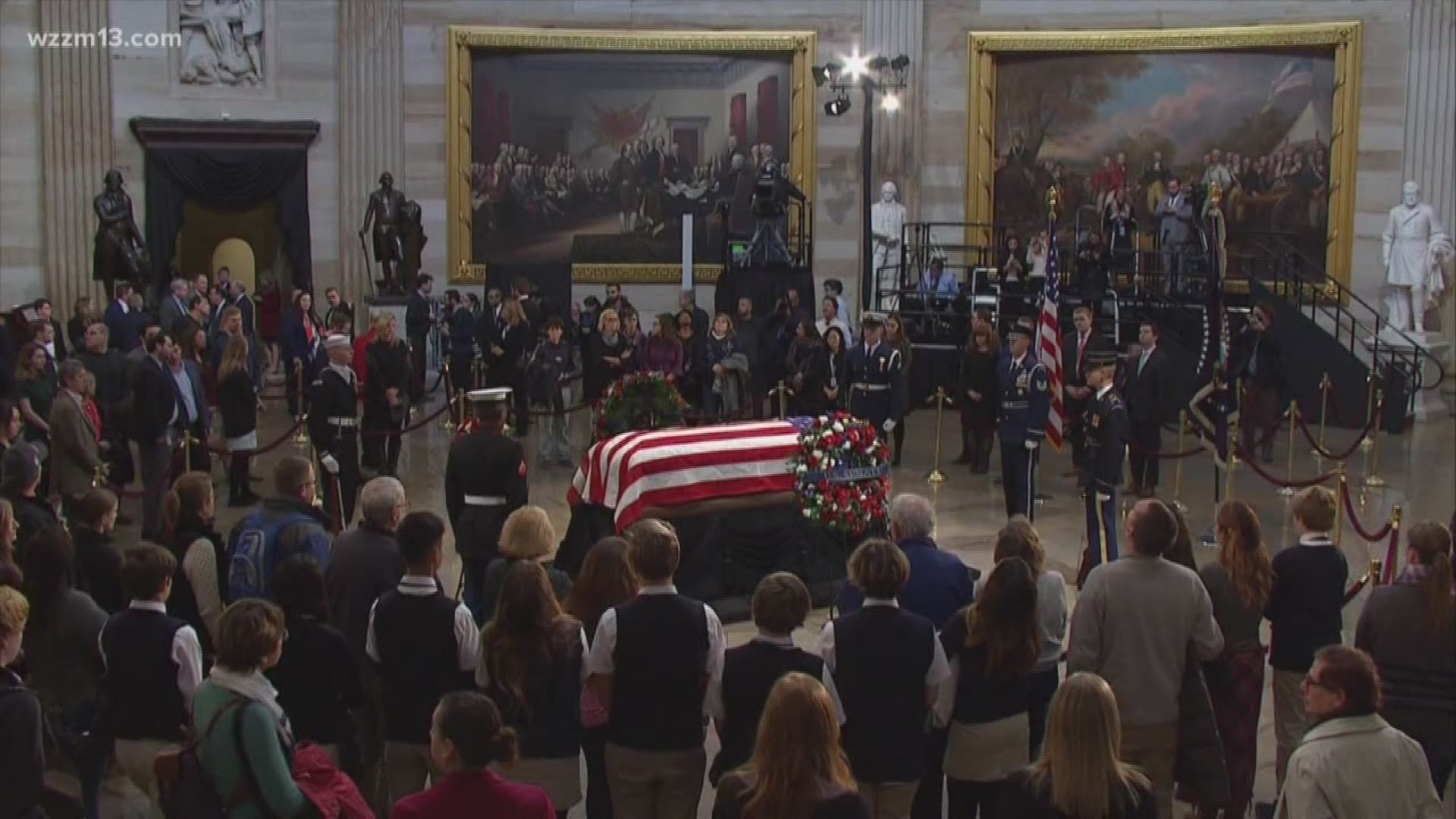 GRAND RAPIDS, Mich. - It's a very different experience this time around for longtime Grand Rapids resident Marty Allen. Twelve years ago, he was ready, but had no clue that his plan would be put into motion the day after Christmas.

"It was a unique experience and one that I will never forget," said Allen, who was best friends with Ford, and who was tasked to coordinate and execute all the details surrounding the 38th President's funeral.

"I remember standing on the steps of the United States Capitol building, when they were bringing President Ford inside," Allen recalled. "As an honorary pallbearer, I happened to be standing next to Rich DeVos, and Rich turned to me and said, 'Did you ever think in your lifetime you'd be standing here as part of a funeral of a President who was your friend?'"

Soon after receiving the news of Ford's passing, Allen says the funeral plan, which he started pulling together 20 years prior, went into motion.

Allen flew to Southern California, where Ford lived, then began a week-long odyssey which had him board several flights on Air Force One to help make sure all the plans stayed on schedule.

Most of his planning surrounded the execution of Ford's Grand Rapids funeral which was on Jan. 3, 2007.

Nearly twelve years later, Allen can't help but be overcome by a flood of memories while he watches the ceremonies and pageantry involved with the recent passing of President George H.W. Bush.

"The framework is very similar but some of the individual ingredients are different," said Allen, referring to the unfolding news coverage leading up to President Bush's State Funeral which will happen Wednesday, Dec. 5, at the Washington National Cathedral. "There are many elements that the television cameras won't capture which are an important part of the story."

Allen remembers when he arrived in Washington with President Ford's body, one of Ford's wishes was that his casket roll past the House of Representatives, where he spent a good chunk of his political career.

"We positioned President Ford's casket outside the House of Representatives for a whole hour," remembered Allen. "Then when we flew from Washington to Grand Rapids, we did a very low fly-by over the University of Michigan football stadium in Ann Arbor.

"We dipped the wing of Air Force One so President Ford could see his alma mater one last time."

As the country prepares to say goodbye to its 41st Commander in Chief, Allen is offering advice to the average viewer as to what to pay closest attention to while watching the remaining coverage of President Bush's funeral.

"Watch the tributes closely," said Allen. "The people who are chosen among many to offer eulogies and talk about President Bush will tell stories about the man you may not have known.

If you have a story that you think should be featured on "Our Michigan Life", send a detailed email to Brent Ashcroft at life@13OnYourSide.com. We will be sure to follow-up.