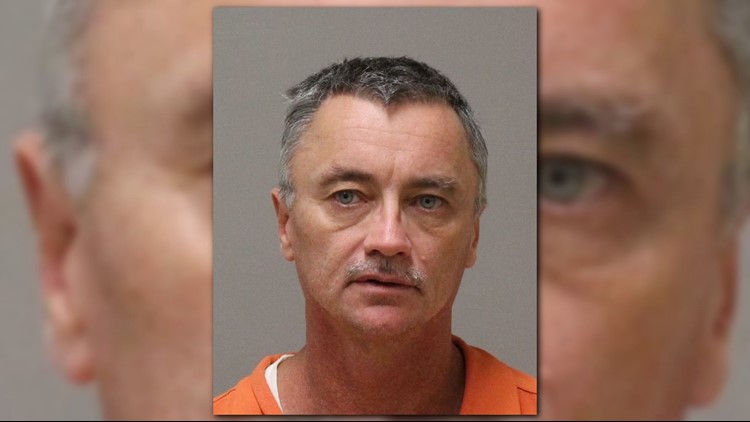 Photo by: Kent County Jail
Robert Bell is sentenced to between 23 months and five years in prison for surveilling an unclothed person at a Meijer store bathroom.

Robert Bell, 56, was sentenced to a minimum of nearly two years in prison for peering over a stall at a Meijer store in Grandville as a woman used the bathroom. He has a history of similar offenses and was on probation for a similar crime in Kalamazoo County.
Author: John Hogan
Published: 5:24 PM EDT May 24, 2018
Updated: 5:33 PM EDT May 24, 2018

GRAND RAPIDS, Mich. - A man with a history of following women into public restrooms was sentenced to a minimum of nearly two years in prison for peering over a stall at a Meijer store in Grandville as a woman used the bathroom.

Robert Bell, 56, was on probation for a similar crime when the most recent offense occurred.

He pleaded guilty last month to a felony charge of surveilling an unclothed person – second offense. In exchange for his plea, a fourth-offense habitual offender charge was dismissed.

Kent County Circuit Court Judge Dennis Leiber on Thursday, May 24 sentenced Bell to between 23 months and five years in prison.

Bell has numerous prior convictions and was on probation for gawking at a woman over a stall door at a department store bathroom in Kalamazoo County.

The most recent incident occurred Sept. 8 at the Meijer on Century Center Street west of Ivanrest Avenue SW in Grandville.

A woman using the bathroom saw a man “looking at her over the stall partition,’’ court records show. “Her unclothed buttocks would have been visible to the suspect.’’

Silent Observer disseminated a surveillance image of the suspect to area media four days later; the calls started coming in.

The investigating officer received several tips that the suspect was Robert Bell of Kalamazoo. Police contacted his probation officer, who obtained a probation violation warrant. After his arrest, Bell admitted to the September offense, court records show.