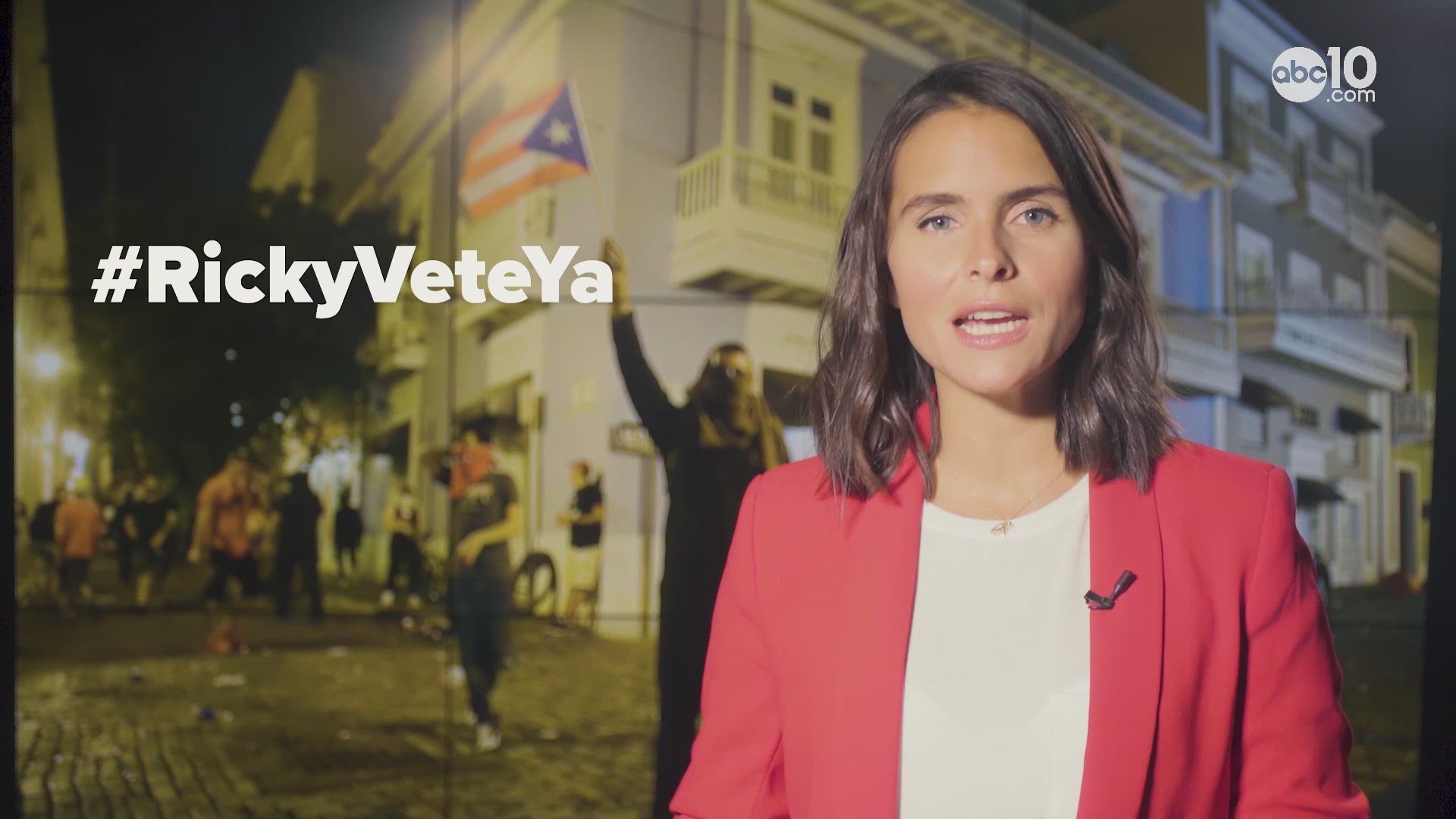 Massive protests have taken the streets of Old San Juan in Puerto Rico all week to demand the resignation of the island’s governor, Ricardo “Ricky” Rosselló.

On Wednesday, up to 100,000 people flooded the streets of the old town in a march from the Capitol to the governor’s mansion. In social media, the hashtags #RickyRenuncia and #RickyVeteYa went viral and Puerto Rican artists like Benicio del Toro, Ricky Martin, Residente, PJ Sinsuela, and Bad Bunny showed up in support.

Rosselló has been under fire for an almost 900-page group chat, leaked by the Center for Investigative Reporting in Puerto Rico. The chat revealed how Rosselló and his close associates, some government officials, made misogynistic, homophobic, and cruel comments about public figures, political opponents, and the death toll of Hurricane María. Comments included calling former New York City Council Speaker Melissa Mark-Viverito a “whore,” talking about shooting San Juan Mayor Carmen Yulín, making lude and homophobic comments about Ricky Martin’s sexuality, among many others.

The chat also showed how the Administration strategized to manipulate public discourse in their favor by working behind the scenes with local media. They shared confidential and privileged government information with people in the chat who were not officials.

The governor apologized for his comments and participation in the chat but the Department of Justice in Puerto Rico ordered that all of the members turn in their phones for an investigation.

The people of Puerto Rico have been known to raise their voice and hit the streets in record numbers in the past. Twenty years ago, massive protest and civil disobedience campaigns protesting the US Navy training operations in the Island-Municipality of Vieques, succeeded at getting the U.S. government to end the practice.

Puerto Ricans are not only protesting the inappropriate, offensive and possibly illegal actions and comments in the chat. Federal authorities in Puerto Rico have charged top officials of Rosselló’s administration for corruption, fraud and money laundering.

Former Secretary of Education, Julia Keleher, who is not Puerto Rican, is facing up to a 30-year prison sentence if convicted and a $250 million fine for money laundering, theft of government funds, conspiracy and fraud.

The Education Department closed more than 400 public schools on the island.

Puerto Rico has endured a history of exploitation and extraction, as a colony of the United States for more than a century. It has resulted in a massive debt crisis and nearly collapsed infrastructure, which was all exacerbated by the passing of Hurricane María. The last thing Puerto Ricans have expressed they will tolerate is more local corruption.