USA Gymnastics parted ways with Faehn as senior vice president in May after she was criticized by victims of Larry Nassar. 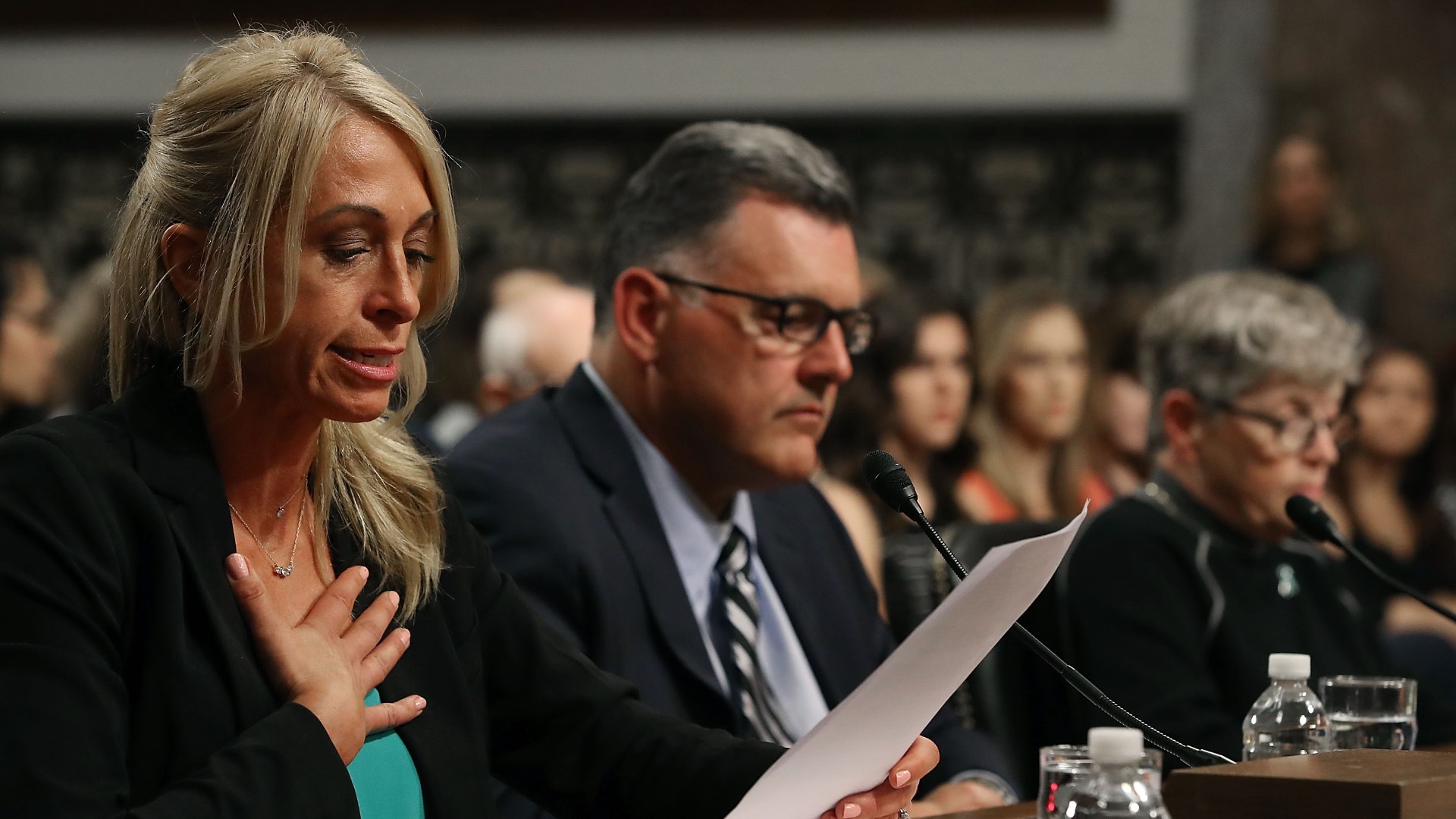 ANN ARBOR, Mich. — The University of Michigan ended its relationship with former USA gymnastics executive Rhonda Faehn on Sunday, three days after she agreed to work as a coaching consultant for the women's team.

"I have come to the conclusion that it is not in the best interest of the University of Michigan and our athletic program to continue the consulting contract with Rhonda Faehn," athletic director Warde Manuel said in a statement. "It was the wrong decision, and I apologize. Our student-athletes are our highest priority and I want to do everything in my power to support them fully and put the focus back on their athletic performance."

USA Gymnastics parted ways with Faehn as senior vice president in May after she was criticized by victims of Larry Nassar, the former national team doctor serving decades in prison for abusing athletes.

Faehn was with the Wolverines for a meet at Alabama on Friday.

On Saturday, Manuel said he supported the hiring recommendation made by gymnastics coach Bev Plocki after reviewing her role with USA Gymnastics and her coaching career.

USA Gymnastics hired Faehn in 2015 and she oversaw the women's elite program, drawing on her experience as a U.S. national team member in the 1980s and a three-time national championship coach at Florida.

Faehn was alerted to potential abuse concerns about Nassar. She passed along the concerns to then-USA Gymnastics president Steve Penny, who was later arrested on charges he ordered files pertaining to Nassar removed from the team's training center at the Karolyi Ranch in Texas.

Aly Raisman, a six-time Olympic medalist, raised concerns recently about Faehn's role in the matter. Raisman said she wasn't sure why Faehn did not go to authorities herself.

The organization conducted an internal investigation before removing Nassar and going to federal authorities. USA Gymnastics did not alert Michigan State, where Nassar was a faculty member, or a club in Michigan affiliated with Nassar. He pleaded guilty to molesting women and girls under the guise of treatment and was caught with child pornography. He is serving three prison sentences and will likely be locked up for life.

Michigan State reached a $500 million settlement with hundreds of Nassar's victims. While USA Gymnastics has been hit with multiple lawsuits from victims, Faehn has not been personally named in any of them unlike Penny and longtime national team coordinator Martha Karolyi.