Duane E. Dewey was wounded by a grenade when a second grenade landed by him. He scooped it, put it under his hip and absorbed the blast, saving many soldier's lives. 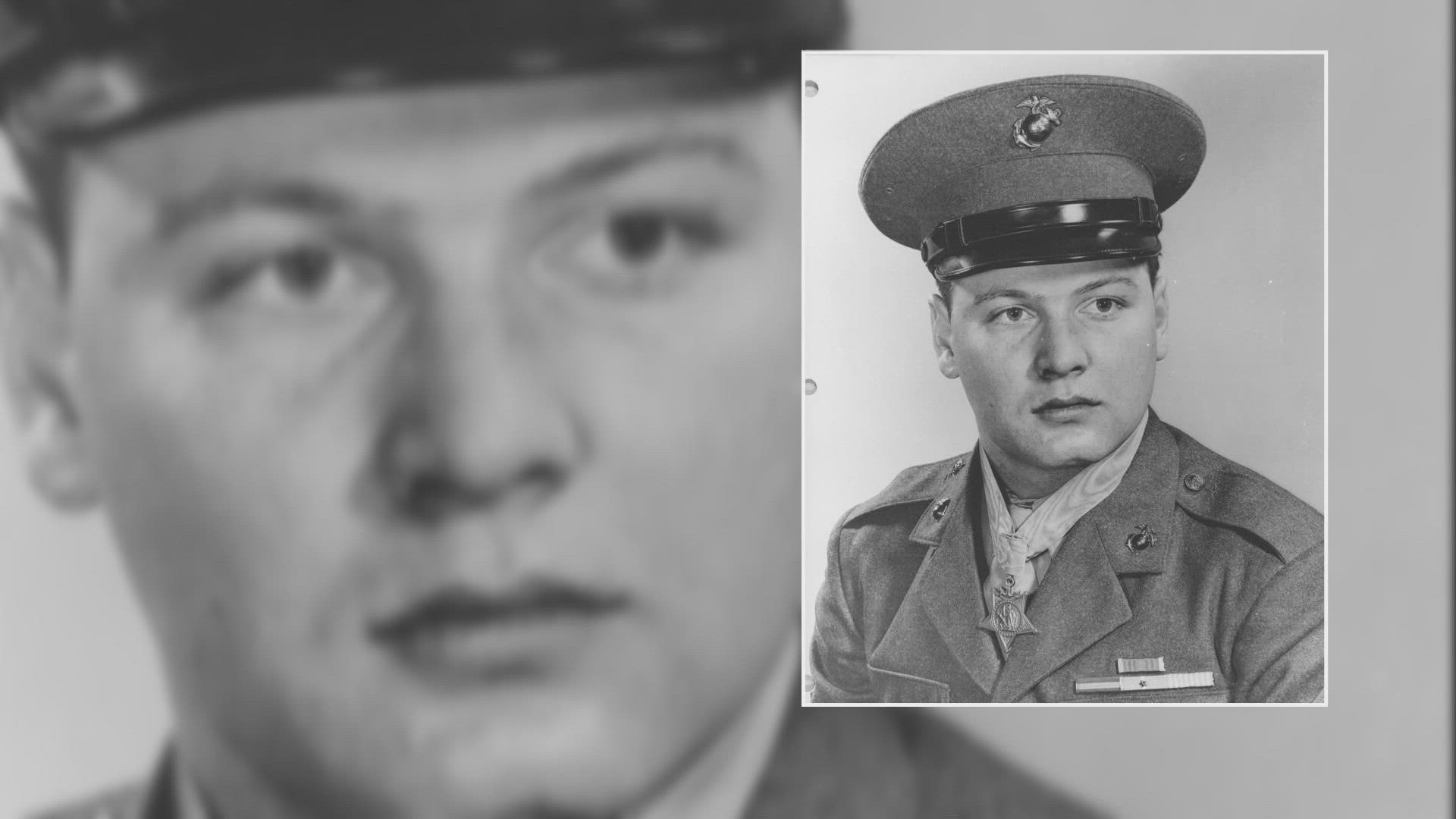 SOUTH HAVEN, Mich. — The Michigan communities of Baldwin, Muskegon and South Haven are mourning the loss of Duane E. Dewey, whose life-saving decision during the Korean War earned him the Congressional Medal of Honor.

"He was a pretty tough man," said Glenn Higgs, Dewey's best friend and former U.S. Marine. "It takes a lot of courage to do what he did, and he knew what he was doing when he did it."

In April 1952, Dewey became a corporal and leader of a machine gun squad. He was stationed at an outpost near Panmunjom, Korea, when he and his unit found themselves under attack by the Chinese.

Dewey and several members of the Chinese military exchanged throwing grenades at each other. At one point during the exchange, a Chinese grenade exploded behind Dewey, causing serious injuries to his leg. A Navy corpsman was trying to treat Dewey's wounds when a second grenade which landed right beside them.

Dewey, in serious pain with exposed leg wounds, managed to scoop the grenade, put it under his hip then told the corpsman to take cover.

The grenade went off, shattering Dewey's hip, but his choice to sacrifice himself in that moment likely saved the lives of the eight soldiers who were in a small underground bunker nearby.

"He had to have a lot of surgery done over the years on his backside," Higgs said. "He lived with pain his whole life but never told too many people about it."

Credit: 13 ON YOUR SIDE
Duane E. Dewey's Congressional Medal of Honor was awarded to him by President Eisenhower on March 12, 1953.

On March 12, 1953, less than a year after his heroic actions in Korea, President Dwight D. Eisenhower presented Dewey with the Congressional Medal of Honor, which is the nation's highest award for valor in combat.

"He was a very humble man," Higgs said. "He never flaunted that medal at all."

Credit: 13 ON YOUR SIDE
Corporal Duane E. Dewey is memorialized outside City Hall in downtown South Haven.

Dewey grew up in Muskegon and attended Muskegon High School. After the war, he lived in both Baldwin and South Haven, where he's forever honored inside each city's respective Legion Hall.

Credit: 13 ON YOUR SIDE
U.S.P.S. commemorated the 13 living Korean War Medal of Honor Recipients with a book of stamps. Duane Dewey's photo is featured on the cover.

A few years ago, Duane Dewey was among 13 living Korean War Medal of Honor recipients to be prominently featured by the U.S. Postal Service on the cover of a book of commemorative stamps.