More than 130 firearms exchanged for groceries in Muskegon Heights

The community-initiated event offered a $100 Meijer gift card to any Muskegon County residents who turned in one or more firearms. 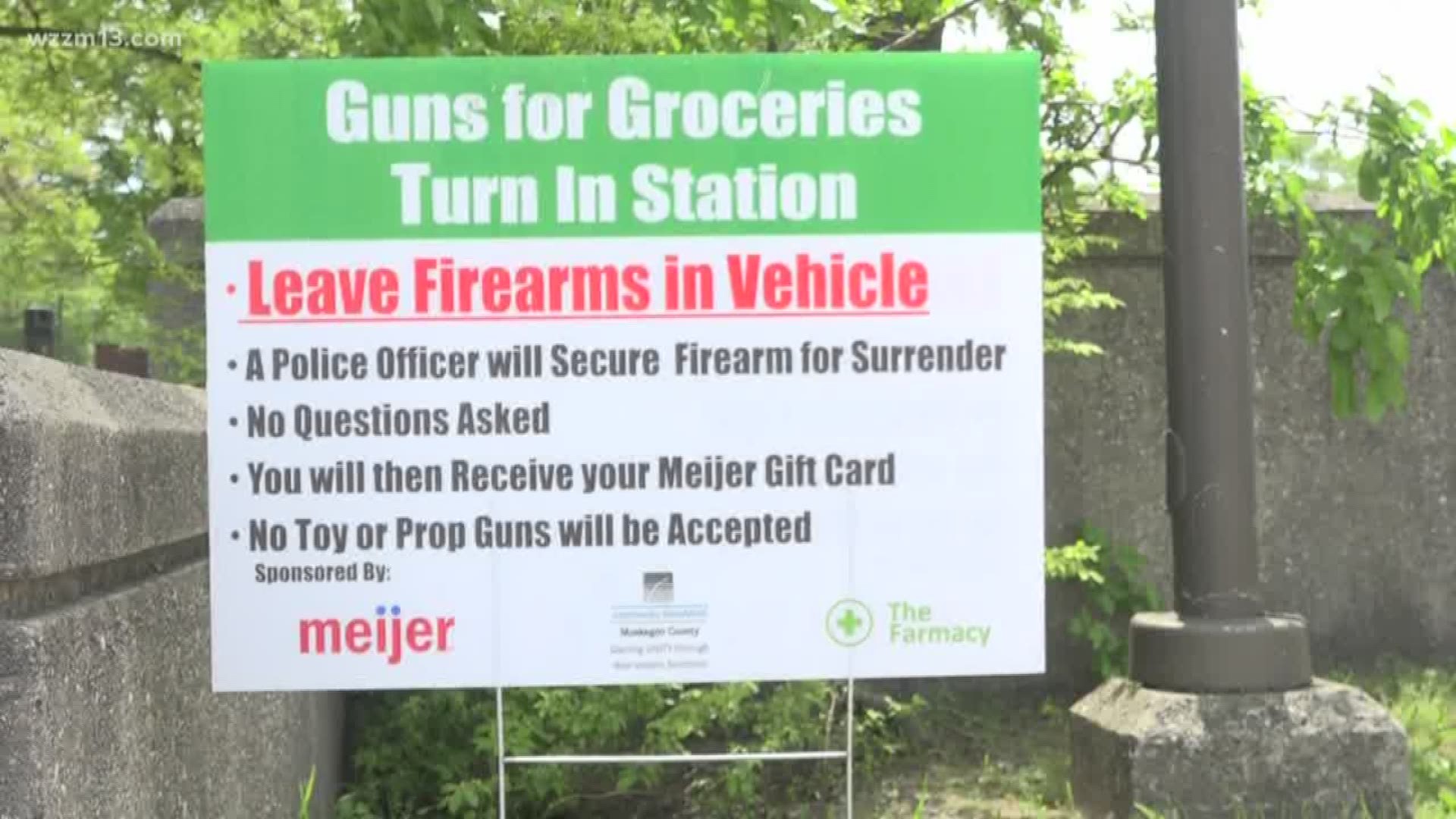 MUSKEGON HEIGHTS, Mich. — Over 130 guns were collected during Saturday’s Guns for Groceries event in Muskegon Heights. The community-initiated event offered a $100 Meijer gift card to any Muskegon County residents who turned in one or more firearms.

“I would have been happy if we got just one weapon, but over 130 and we're still counting. I think it's fantastic,” Muskegon Heights Chief of Police Joseph Thomas said.

Thomas added that the event was a chance to preemptively strike in Muskegon County after seeing and hearing of the constant gun violence in America. Attendees said they also hope it will lower crime in the area.

“Crime prevention is the name of the game,” Joseph explained.

The event, which ran from 10 a.m. to 4 p.m., also included free car seat safety checks, health screenings, games, a bounce house and more family-friendly events related to health and safety. The program was initiated by Muskegon County residents like Kevin Cummings, who said his own encounter with gun violence in August prompted him to step up.

"I was at my home in my residence and it was targeted mistakenly. Someone shot into my residence while I was there—several rounds," Cummings said.

He heard of similar gun initiatives in other states across America and teamed up with law enforcement for Guns for Groceries.

Muskegon Heights Police, Muskegon Police, the Muskegon County Sheriff's Office as well as Michigan State Police were all involved. Attendees were instructed to leave their firearm in their vehicle and authorities on scene safely collected them. All firearms were handed over to Michigan State Police where they will be properly disposed of.