West Michigan has noticed an increase in mosquito populations. 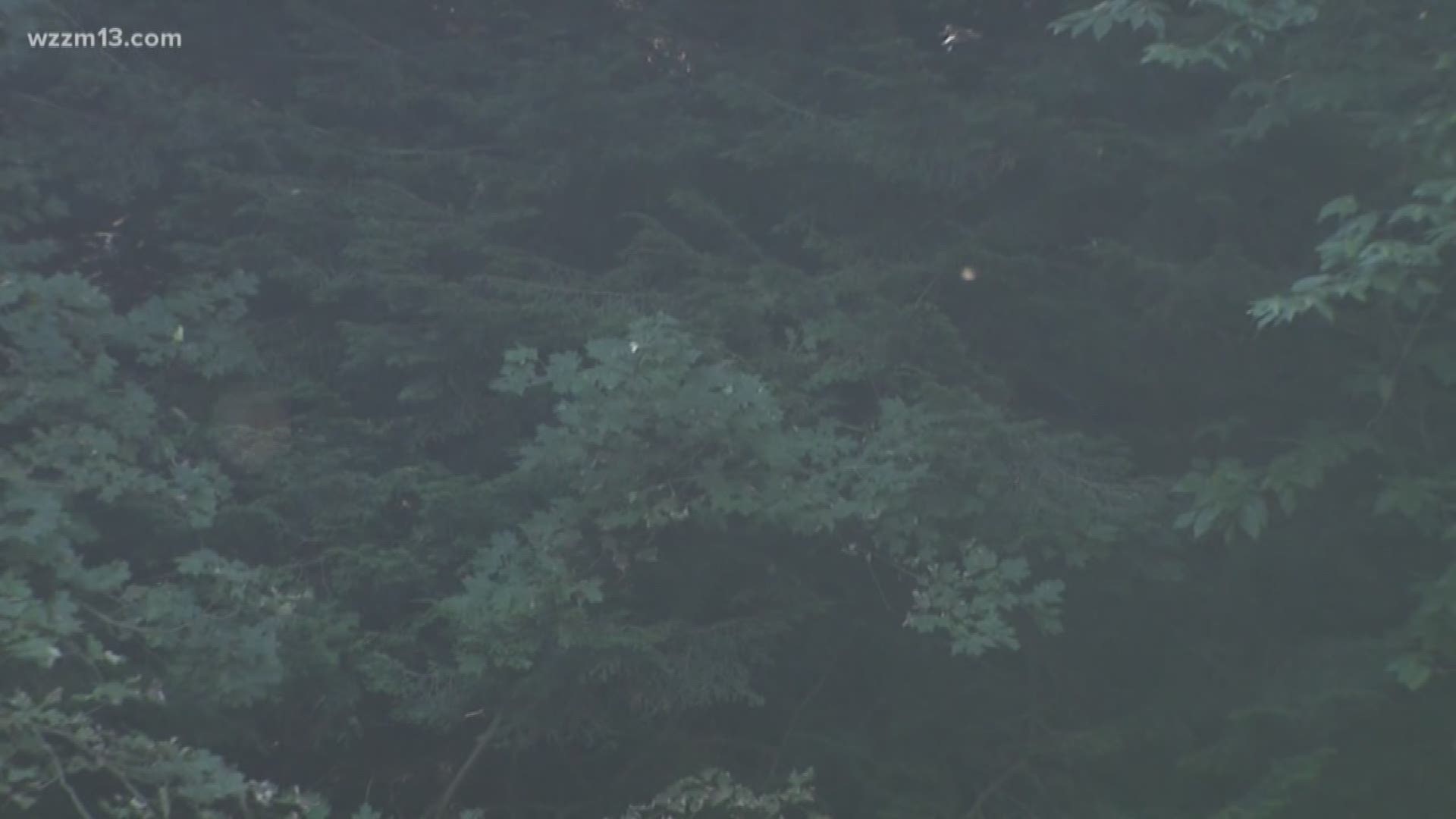 MUSKEGON COUNTY, Mich. - There's still a lot of standing water around Muskegon County from those big rain storms in August.

The water is a breeding ground for mosquitoes. Especially when the weather is hot and sunny.

It's a combination that's led to a wave of mosquitoes in West Michigan.

On Monday, Leroy Junsmen and Janet Goodwin were trying to relax near a section of the Muskegon bike trail that's been covered in water for more than two weeks. Goodwin wasn't about to let mosquitoes keep her from fishing. That's why she brought along her new battery-powered Ninja Bug Zapper.

"They were terrible," said Goodwin.

In Muskegon Heights, Shirl Thomas was feeding the ducks behind her home with her grandchildren. She and the children also gave the mosquitoes a feast too.

"They are terrible," said Thomas. She says in the evening it gets worse. "You can't even stand outdoors for five or ten minutes or you'll get ate up."

Betty Carnes at O'Malley's Pest Control says Mosquito Beater can be used around the home to reduce the number of mosquitoes. The product is safe to spread on lawns too. "It vaporizes with the moisture and humidity in the air and moisture in the ground," said Carnes.

And according to Carnes unlike sprays and fogs that kill untargeted insects, Mosquito Beater only kills mosquitoes.

"And keeps working to up to several weeks with one application," said Carnes.

Mosquito Dunks are useful in backyard bird baths and ponds to keep mosquitoes from breeding.

The mosquito's average life span is between four days and two weeks. It will take cold weather and a first frost to reduce the population.