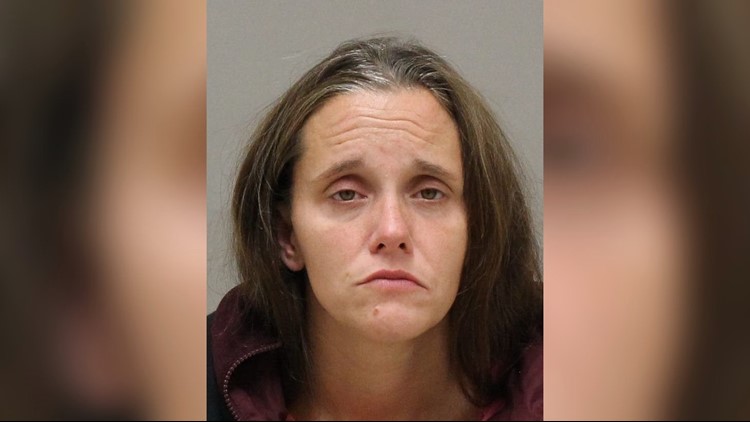 Mother charged with giving infant methadone ‘because she was fussy’

A Grand Rapids woman charged with child abuse for giving her infant daughter an overdose of methadone said she thought the girl was "going through withdrawal after she quit breast-feeding.'' A parental termination hearing for 37-year-old Jennifer L. Pickerd is set for later this month.
Author: John Hogan
Published: 5:59 PM EST November 13, 2018
Updated: 6:29 PM EST November 13, 2018

GRAND RAPIDS, Mich. – A Grand Rapids woman charged with child abuse for giving her fussy daughter an overdose of methadone said she thought the girl was “going through withdrawal after she quit breast-feeding,’’ court records show.

Pickerd’s daughter was nearly six weeks old when she received the methadone “because she was fussy,’’ court records show. Police say the child was revived with Narcan, an overdose reversal drug.

The girl is now under the supervision of Kent County Children’s Protective Services. A contested termination hearing is set for late November.

Pickerd, who is also known as Jennifer Lynn Berry, was charged with second-degree child abuse, a 10-year felony. She waived a probable cause hearing on Tuesday, sending the case to Kent County Circuit Court.

At the time of her arrest, Pickerd was on probation for stealing a cellphone at a Denny’s Restaurant in Kentwood and skipping out on her bill. She had been enrolled in a local methadone clinic, court records show.

Methadone is an opioid medication commonly used to treat an addiction to heroin or narcotic painkillers. Court records do not indicate why Pickerd was on methadone.

Grand Rapids police on Sept. 30 responded to a 911 call about an infant with difficulty breathing, according to a police report.

Court records indicate Pickerd gave her infant daughter 20mg of methadone “because she was fussy and not going to sleep.’’

Pickerd admitted giving her daughter methadone “because she believed the baby was going through withdrawal after she quit breastfeeding,’’ court documents show. “She denied calling [the child’s] doctor before deciding to give the baby the controlled substance.’’

Pickerd said she administered Narcan when she found the baby unresponsive.

“The baby was released from the hospital on October fifth after going through detox for methadone,’’ Grand Rapids Police Sgt. Catherine Williams said.