Four-feet sections of the Hackley Stadium grass was sold for $10 to support the Muskegon Big Red Athletic Foundation. 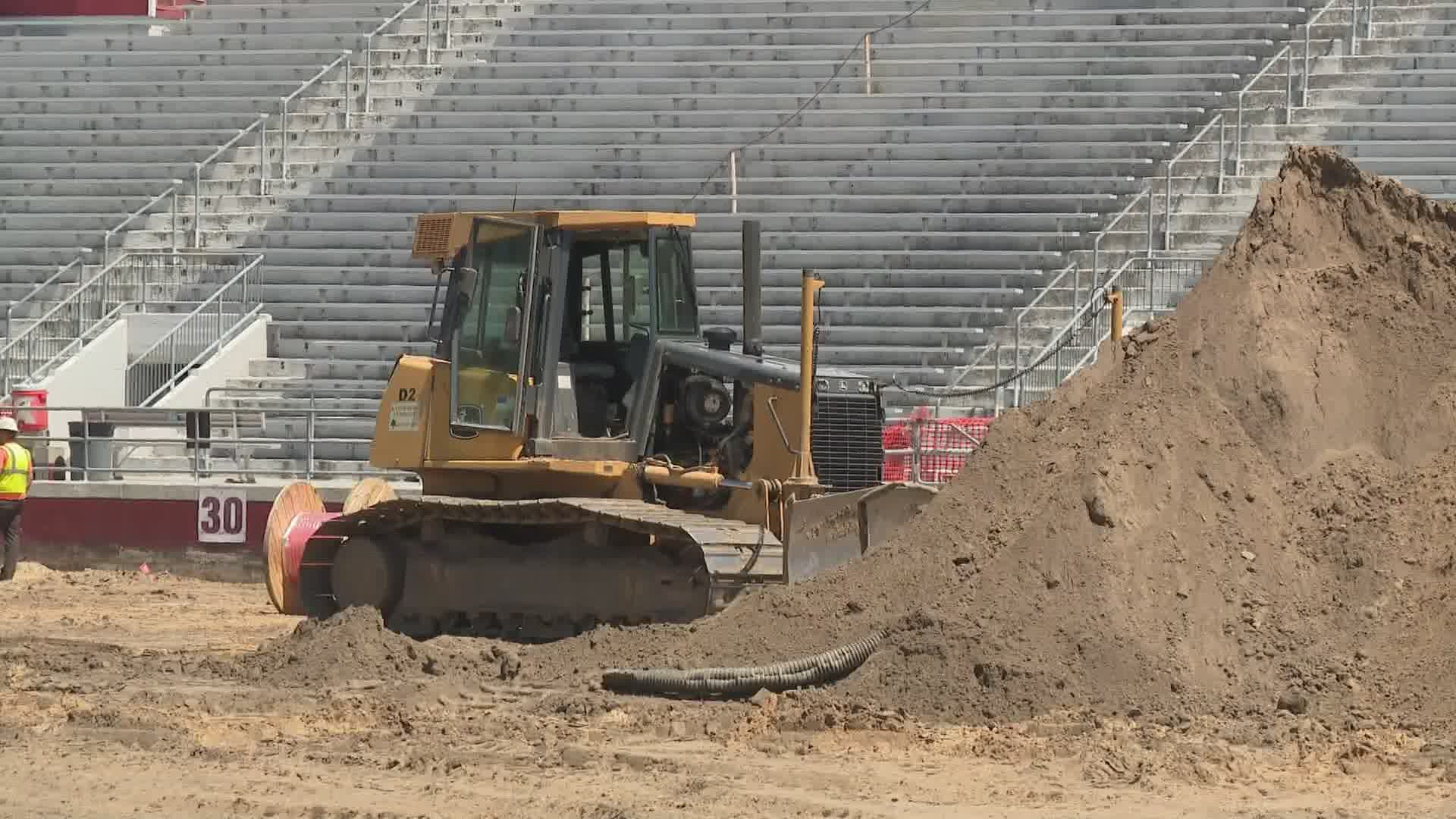 MUSKEGON, Mich. — The grass has all been removed from historic Hackley Stadium in Muskegon, and the rush is underway to replace the grass with artificial turf before the start of the Big Red's 2020 season.

The grass so often fell apart late in the football season, just as the Big Reds were making deep playoff runs. In recent years poor field conditions resulted in the Big Reds moving some home playoff games to area schools with synthetic surfaces like Grand Haven.

Members of the Muskegon Big Red Athletic Foundation cut the grass into four-feet sections and sold those for $10 to support athletic programs in the district.

"Our athletic boosters came out and cut it and sold it as a fundraiser and had great success with it," said Matthew Cortez, Muskegon Schools Superintendent.

Work crews are three weeks into preparing the site for the new artificial turf covering. It marks a new era for the stadium where football has been played for more than 100-years.

"We were able to make the timeline work so that we would have it for our third home game," said Cortez.

With good weather and no work delays the finish date could move up, possibly in time for the Big Red's second or possibly first home game.

Cortez says during a typical season the grass field would only hold up for about 28 events. With artificial turf the number of events could be unlimited and may allow the district to move graduation to the new field every spring.

In May, Muskegon Public School District voters approved a $104 million dollar, two-part bond proposal. Proposal two is providing the funds to improve athletic facilities in the district. The much larger proposal one is addressing education and school building needs all around the district including funds to build a new Muskegon Middle School.

The new school will be designed this year, and could be built starting in the fall of 2021.

Cortez says when fans come back to Hackley Stadium they'll also notice other improvements that the district is keeping secret for now.

"We have a few surprises in store for them," Cortez said. "When the finished project is all done I think they're going to look at Hackley with even more endearment then they already do." 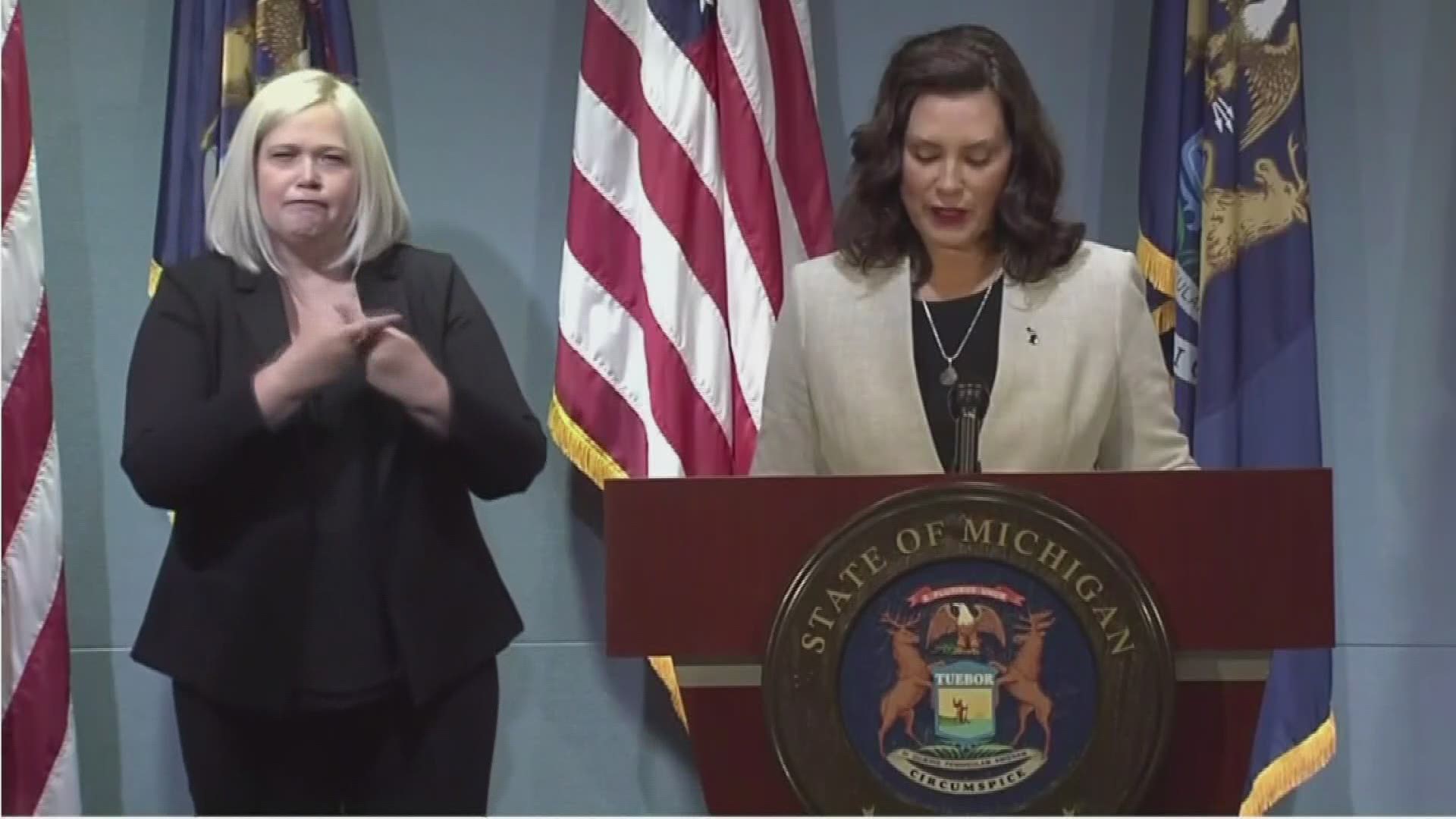