The full-scale airport emergency exercise is required by the FAA every three years. 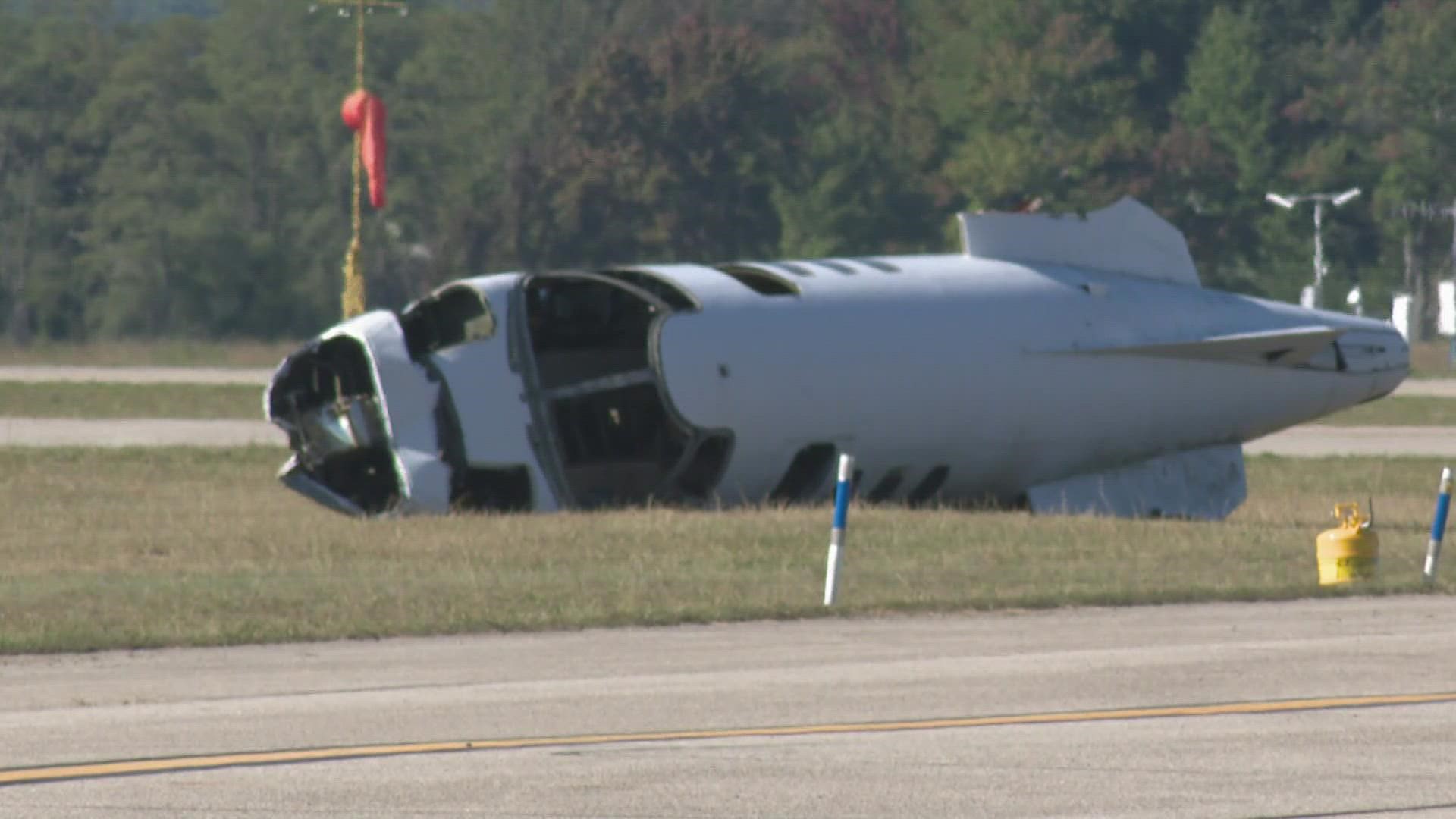 MUSKEGON, Mich. — First responders from around West Michigan were at the Muskegon County Airport Thursday for a mock plane crash drill.

The full-scale airport emergency exercise is required by the FAA every three years. Muskegon County repurposed an old fuselage to better simulate a plane crash and student actors volunteered to roleplay as injured passengers.

It's the first emergency exercise using the new radios police and fire departments in Muskegon County now have.

"Before we got this system we did not have the ability to easily talk to mutual aid agencies such as AMR or Life or North Ottawa coming up because we weren't all on the same page," said Norton Shores Fire Department Deputy Chief Joseph Kinnucan. "Since we have had this 800 MHz system, we now have that capability. With that means we now have to learn how to do that and this is an opportunity for us to go through the motions requesting mutual aid channels and event channels from the state and that kind of stuff."

Those new radios were purchased after Muskegon County voters approved a 911 surcharge increase in 2019.