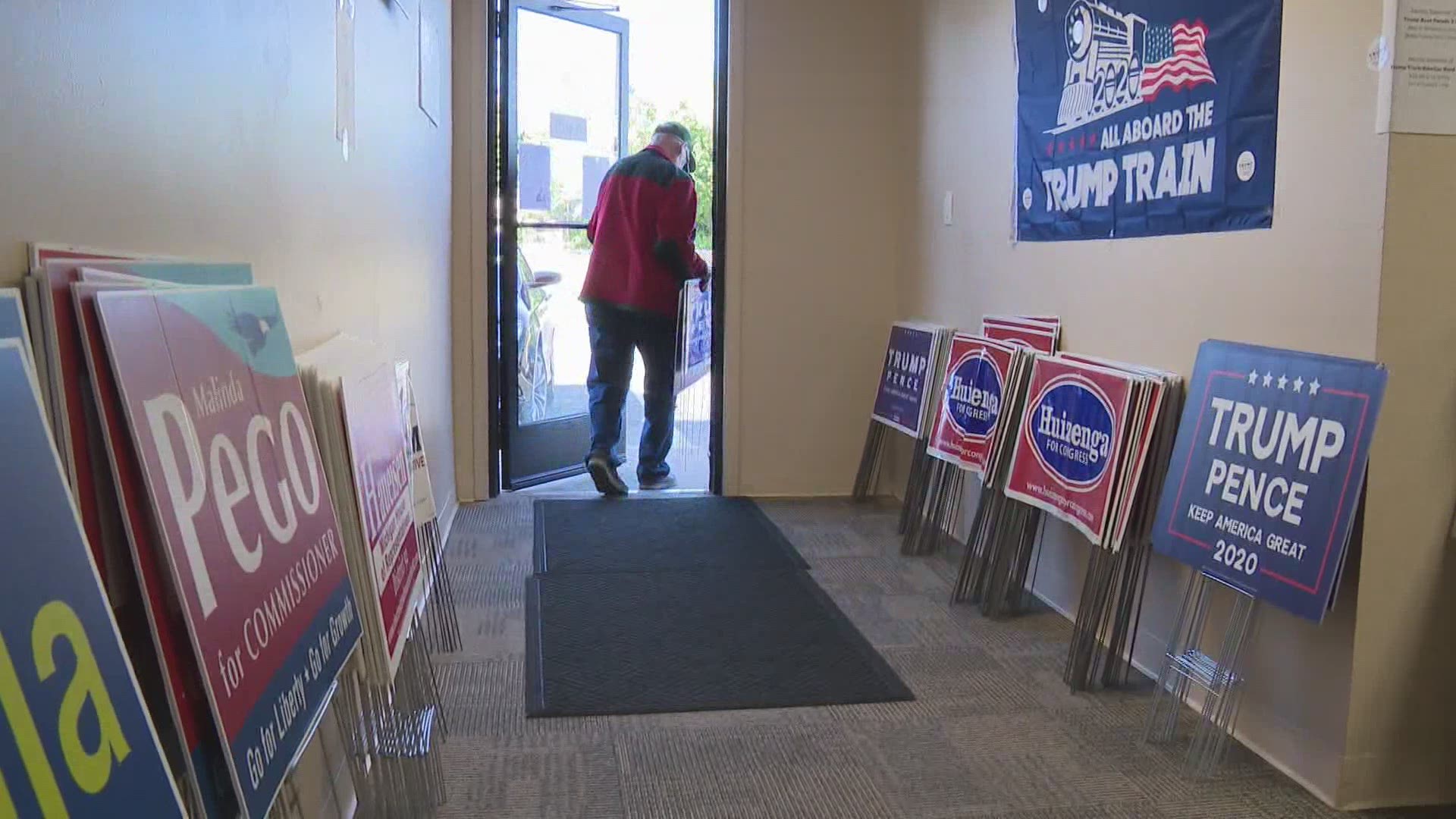 MUSKEGON, Mich — With just 47 days to the election, yard signs for President Trump and Joe Biden are showing up in the front yards at homes all around Muskegon County.

"As soon as they're in they're gone," said Jennifer Barnes, Chair of the Muskegon County Democratic Party.

Barns says she has a long list of voters who'd like a Biden sign, but right now she's out. Barnes expects a new batch of Biden signs will arrive soon.

"Trump signs are flying out of here so fast," said Sandy Kempf, a Muskegon County Republican Party volunteer who's been working about 40-hours a week to re-elect President Trump.

"If Trump can win Muskegon, they win Michigan, they win the country," Kempf said.

Kempf's assessment of the importance of the vote in Muskegon County to the outcome of the election in Michigan and the country is similar to other political observers.

The political newspaper The Hill named Muskegon County one of 10 counties in the country that will decide the 2020 election.

Muskegon County has voted democratic in every presidential election since 1992. But that trend came close to ending in 2016, when Hillary Clinton won the county by less than 1,200 votes.

If Muskegon County is a battleground county, then Western Ave. just became the front line.

Thursday, the Michigan Republican Party (MIGOP) Chairman Laura Cox made a campaign stop in Muskegon to officially open a Trump Victory Office at 500 Western Ave. inside the Noble building.

"We feel very good that our ground game is bar none the best," Cox said following a grand opening in front of a group of Trump supporters who gathered for the office opening. Cox has been touring Michigan campaigning for Republican candidates.

"We're talking to voters about the policies the president has passed," Cox said. "Tax reform, unemployment that was at historic low, he's an American worker - worker first president."

The new office for Trump volunteers is only feet from the CIO building on Western Ave. and Muskegon County Democratic Party's headquarters for years.

"I was surprised that they choose right next door out of all of the places in Muskegon," Barnes said. "But that's OK."

Cox says she learned of the close proximity of the two offices prior to arriving in Muskegon. Both offices will be a home base for volunteers to make phone calls, meet, and work for different outcome

"It just shows that we're not afraid, we don't care, we want our volunteers to know we are proud of who we believe in, who we're fighting for, and we're going to continue to do that," Cox said.

Barnes believes the close proximity of the two offices may be an unexpected opportunity to find new support for Biden in Muskegon County.

"Gives us an opportunity to talk with anybody that goes into their office and see if we can persuade them to come over and vote for Biden," Barnes said.

Both parties are tracking the number of yard signs out in Muskegon County, it's believed Biden has around 600 in the community and Trump around 2,500. 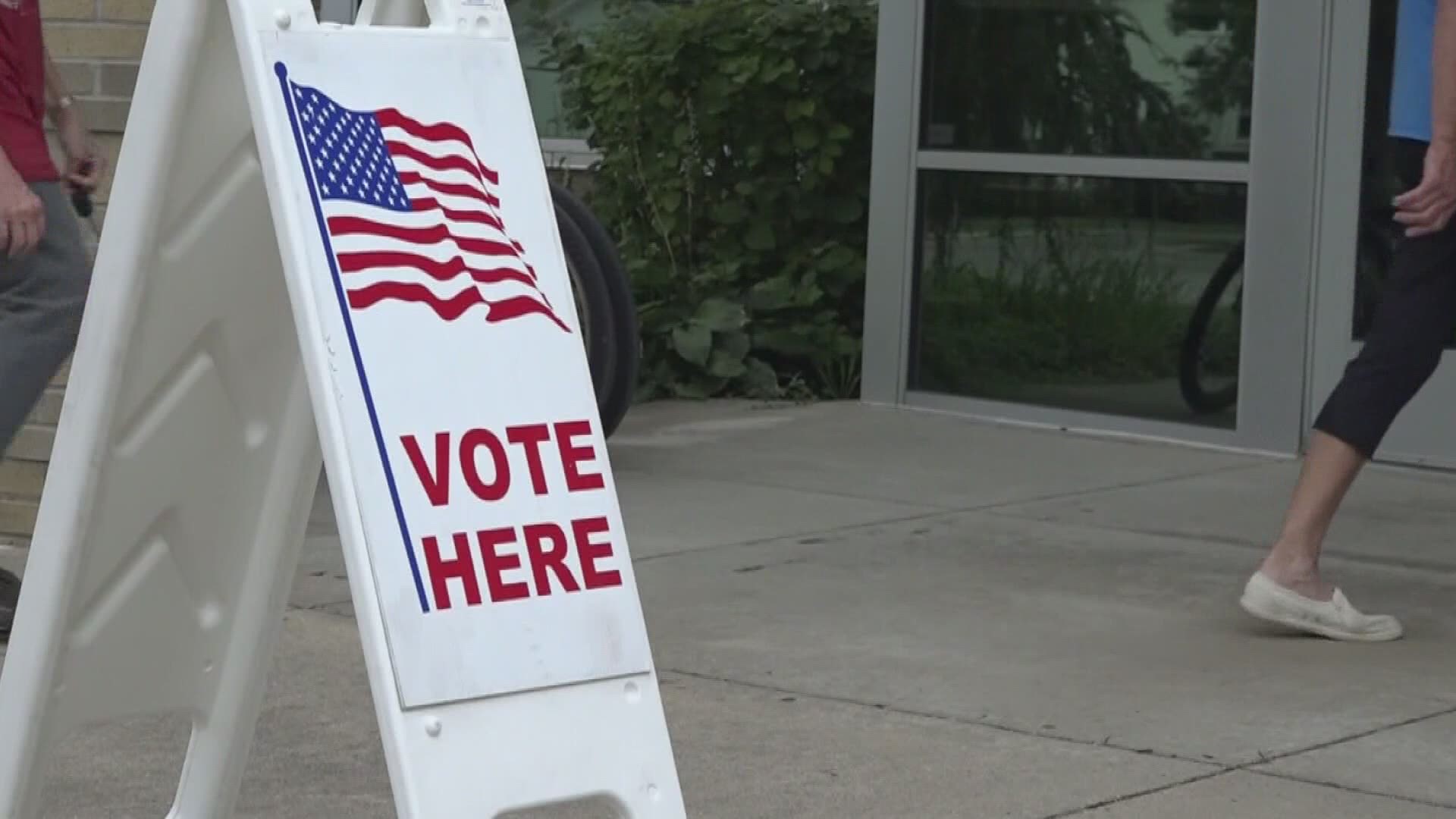