Muskegon Heights players and coaches gathered outside the high school to protest a decision to postpone fall sports. 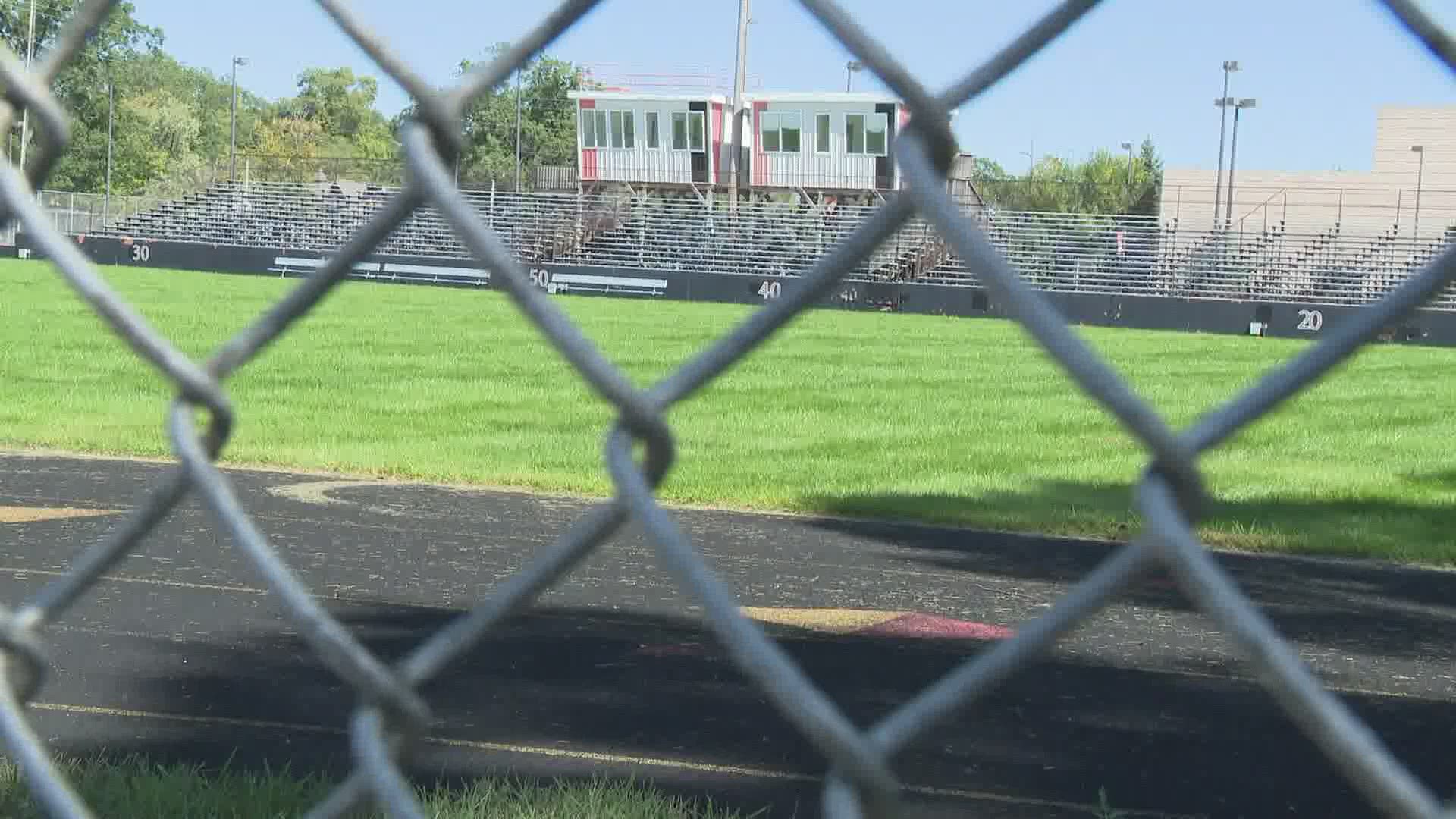 When Gov. Whitmer signed her executive order earlier this month allowing fall sports in the state to resume it included guidance from the Michigan Department of Health recommending against athletes playing football and other contact sports.

Most districts in West Michigan are ignoring the advice and playing anyway with the exception of Muskegon Heights.

In a written release to the community Muskegon Heights Public School Academy Superintendent Rané Garcia wrote, "As difficult as it is to make the decision to delay this season, we will follow the guidelines and advice of our public health officials. We value our students and community so much that we are willing to postpone the season until it is safer for students to compete."

The decision impacts about 40 members of the football team and 30 on the volleyball team.

Muskegon Heights was scheduled to open the football season at home Friday against Manistee in a Lakes 8 Conference.

Instead of preparing for the game, a few players and coaches held gathered outside the high school to protest the decision.

"Football means everything to us right now," said Muskegon Heights assistant coach Joe Williams. "We are still ready if allowed to play this season."

Those who participated in the protest says they will continue asking the public school academy leaders to reconsider.

Speaking on behalf of the athletes, and other team coaches Williams points out that by opting out of the fall season his players know important playoff goals can't be achieved.

"We wouldn't be playing for a state championship."

Superintendent Garcia told 13 ON YOUR SIDE by phone Friday the Tigers will play spring games. Those could possibly be against teams from other schools that also postponed fall sports.

Garcia says she and other school leaders are also searching for appropriate activities for athletes to participate in that will help them maintain bonds with teammates.