Muskegon City Commissioners are considering an ordinance that would allow deer hunting with bow or cross bow on parcels five acres and greater in size. 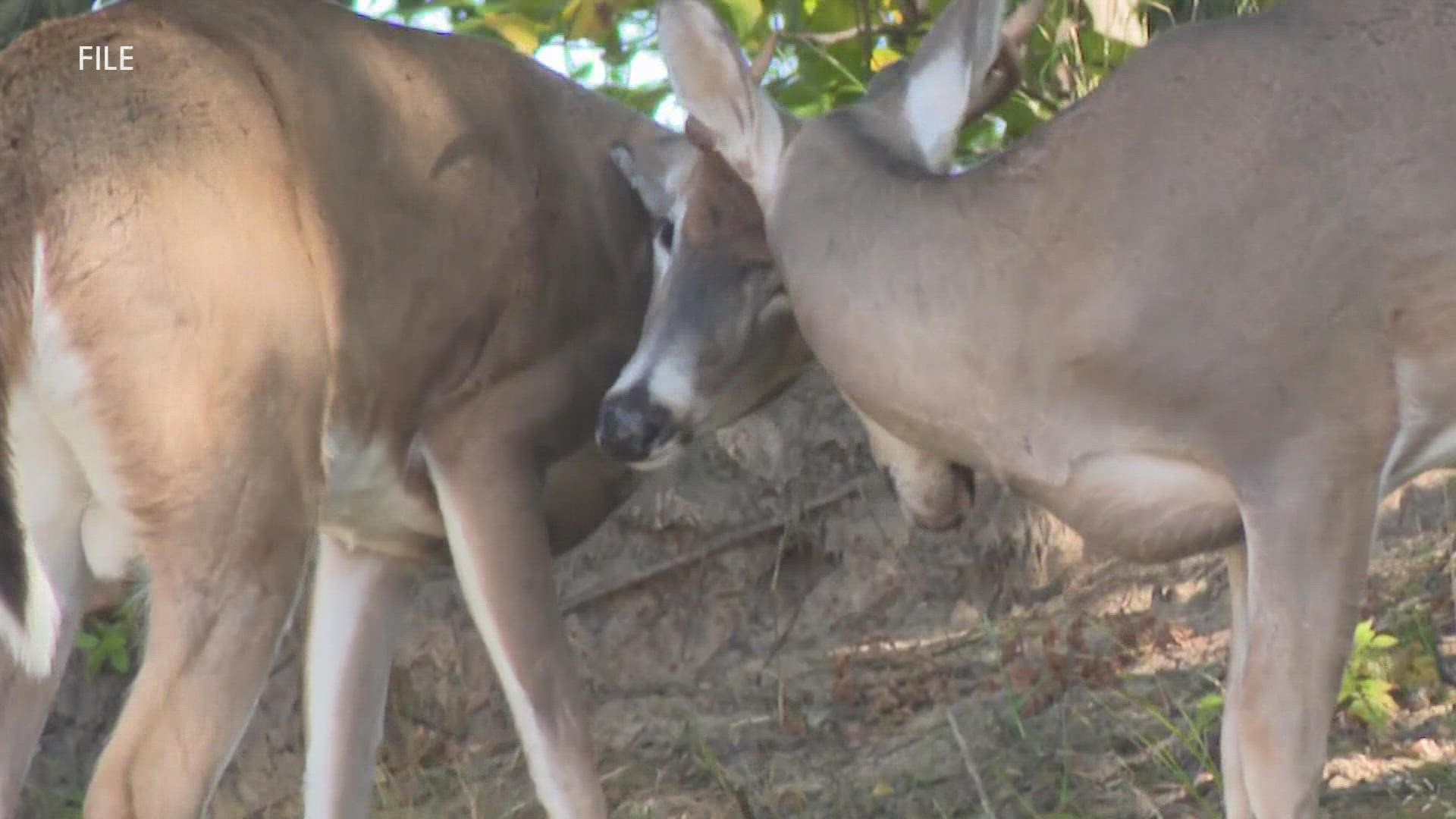 MUSKEGON, Mich. — Muskegon City Commissioners have asked staff to draft an ordinance that would allow for bow and cross bow hunting of deer on parcels of land in the city that are at least five acres in size.

The size restrictions would make only a few sites within the city limits locations where archers could hunt deer.

The proposed ordinance, which is still being drafted by city staff, is modeled after similar ordinances in the city of Norton Shores and Montague.

Private parcels greater than five acres include the Muskegon Country Club, the Windward Pointe property and the acreage eyed for the Docks residential development.

The ordinance is being considered less than two years after the city of Muskegon hired sharpshooters to remove 30 deer at a cost of around $6,000.

"There has been a noticeable rebound in the population," said Muskegon Public Works Director Leo Evans. "Hunting was one thing that the DNR steered us towards as the best way to manage your deer herd long-term."

Even if the city allowed bow and crossbow hunting of deer, future deer culls may still be considered to control the deer herd.

Hunters would have to follow the DNR's archery season and all of the state's hunting rules including obtaining a deer license.

The city is also considering allowing hunting on very select sections of Beachwood and Kruse parks.

Evans says if that is included in the ordinance hunters would likely be selected through an application process.