The officer at the center of a Ku Klux Klan memorabilia controversy has been placed on administrative pending the outcome of an investigation. 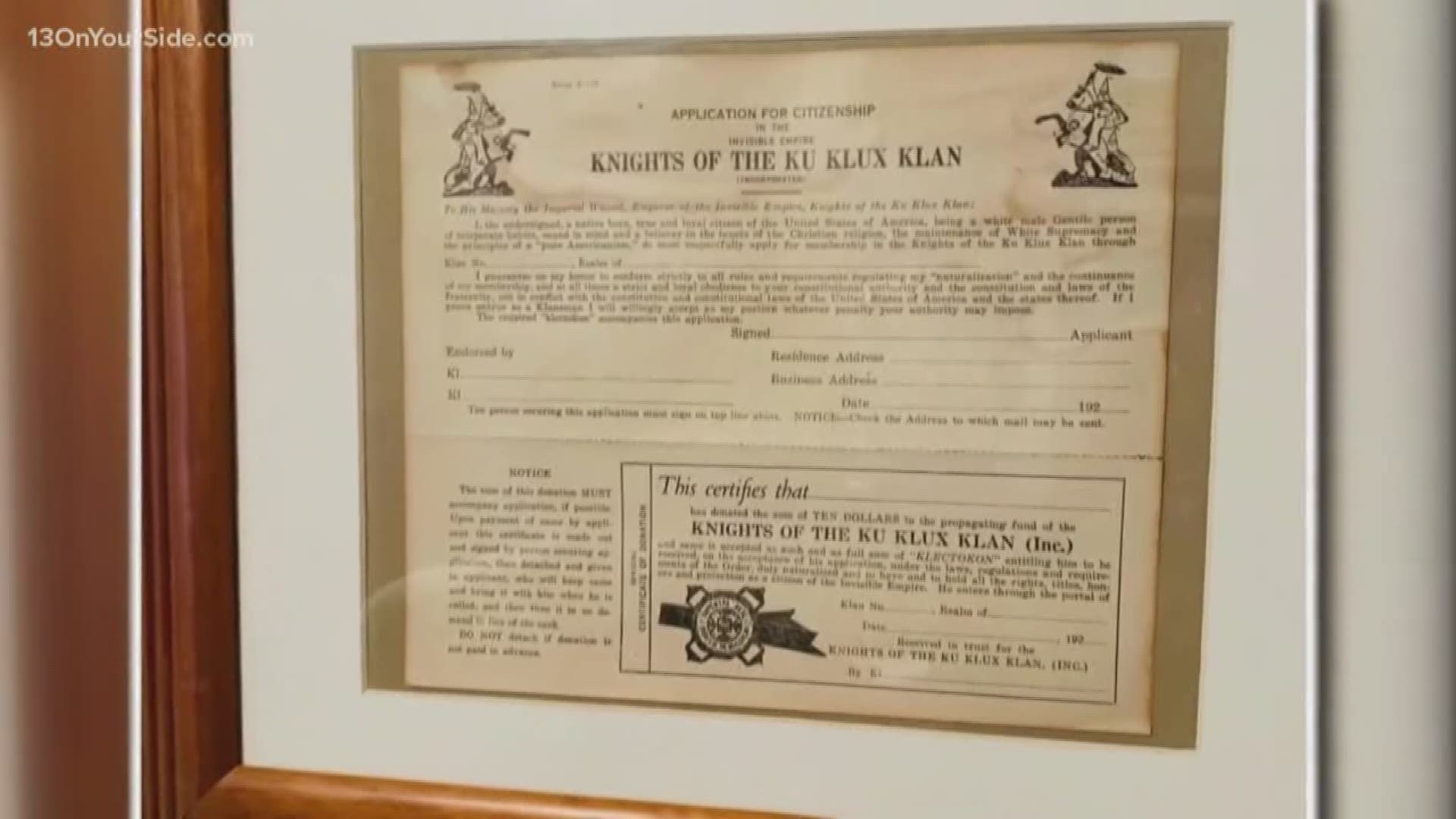 MUSKEGON, Mich — Muskegon County NAACP's President Eric Hood says he's looking at the discovery of a framed KKK document on display at the home of a Muskegon Police officer from a number of different perspectives.

Hood not only holds the leadership position with the NAACP, but he's a retired Muskegon Police Officer and the City of Muskegon's vice mayor.

"You want to get to what's true and what's fair," Hood said.

The discovery of what appears to be an authentic Ku Klux Klan application was made by Rob and Reyna Mathis of Muskegon, who toured a home near Holton that's currently for sale, and belongs to Muskegon Police Officer Charles Anderson.

Rob Mathis told 13 ON YOUR SIDE Thursday they encountered three Confederate Flags and the framed memorabilia that caused them to leave.

"I was just angry and my daughter started asking questions and she's only 12," said Reyna Mathis. "I felt violated, and I felt sick," Rob Mathis added.

As NAACP chapter President Hood is asking the Muskegon Police Department and Muskegon City leaders to conduct a significant review of Officer Anderson's conduct while on-duty.

Hood believes Anderson's traffic stop and arrests records should be reviewed to see if there's a disproportionate number of people of color ticketed or arrested.

"Is this his ideology? Is this what he believes? Does he carry this out onto his job when he goes out," Hood questioned.

Lewis said inquires are underway to determine the integrity of the accusations against Anderson, and if Anderson violated any city employment policies.

"As the NAACP we're waiting patiently for results of this inquiry," Hood said. "I would just say to the community to do the same, peacefully and respectfully do the same and see what the outcome is."