Hearthstone Bistro in Muskegon auctioned-off a few of their outdoor igloos for New Year's Eve, with a portion of the proceeds going to charity. 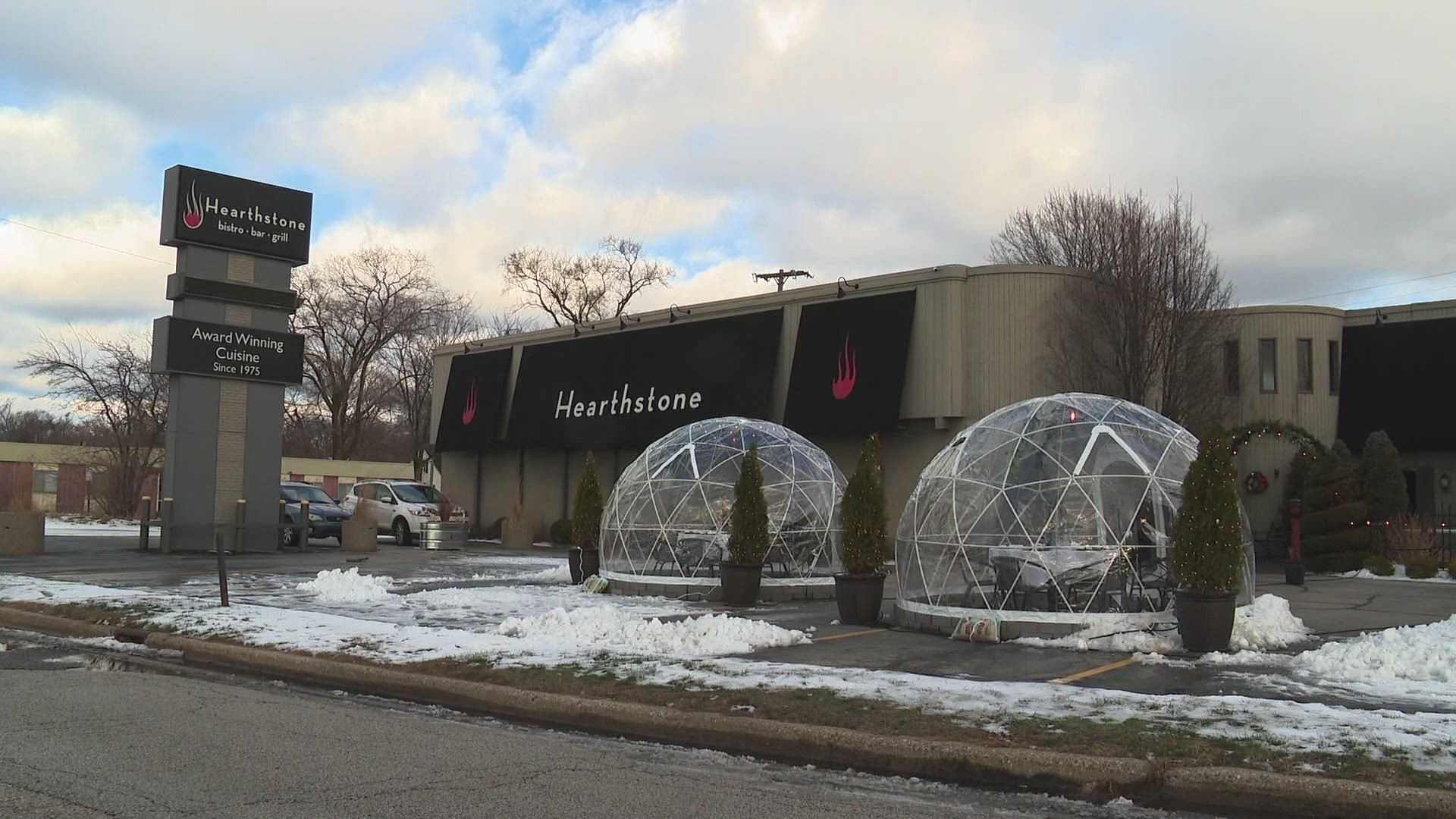 MUSKEGON, Mich. — For the first time in over a century, we will experience New Year's Eve during a pandemic. Many traditional celebrations will be replaced by virtual parties and dinners-to-go.

Restaurants all over West Michigan are coming up with unique ways for people to pop the cork and ring in 2021, including a Muskegon eatery whose idea is raising much-needed money for local charities.

"We're trying to see if we can salvage New Year's Eve any way we can," said Ben Soyars, who is the owner of Hearthstone Bistro. "We hope to do it to a small degree with very intimate groups and keeping it as safe as possible."

Ever since November, Hearthstone Bistro, like many restaurants around West Michigan, added outdoor igloos where family groups can still experience the indoor dining experience while having to be outdoors. He decided to auction a couple of the igloos for New Year's Eve and donate a portion of the money generated to area charities.

The two igloos that were up for auction are the more elaborate ones that are closest to the restaurant. They're twice as big as the plastic-domed igloos that are spread out along Glade Street.

"One of the auctioned igloos is ready for Thursday night while the other one still needs a bit of construction," added Soyars. "It'll be completed on Tuesday and ready for business on New Year's Eve."

Soyars says groups can reserve an igloo from 7 p.m. Thursday night until 1 a.m. Friday morning, insuring they can celebrate the entrance of 2021 at the strike of midnight.

"The groups will be able to enjoy a fine dining experience inside the heated igloos," said Soyars. "We will also provide some card and board games inside each igloo in case people want to pass time doing that.

"We hope to add a portable fire pit or two. There will be a champagne toast at midnight and possibly some fireworks — not a ton, but just enough to say, 'Happy New Year.'"

Soyars said three igloos are still available to reserve for New Year's Eve. If you're interested in securing one, click HERE. 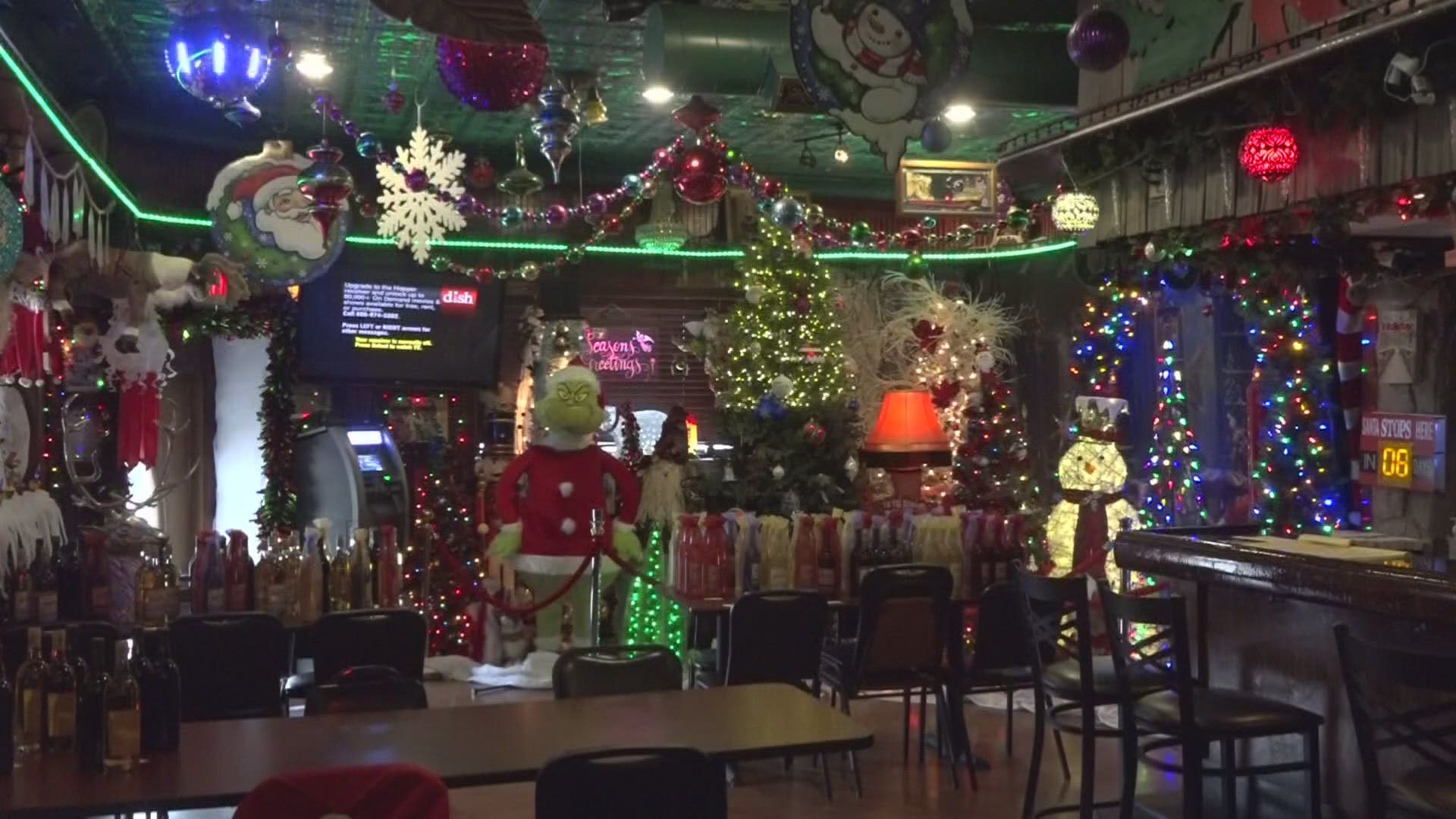