Muskegon woman finds Bible scripture inside a case of Pepsi 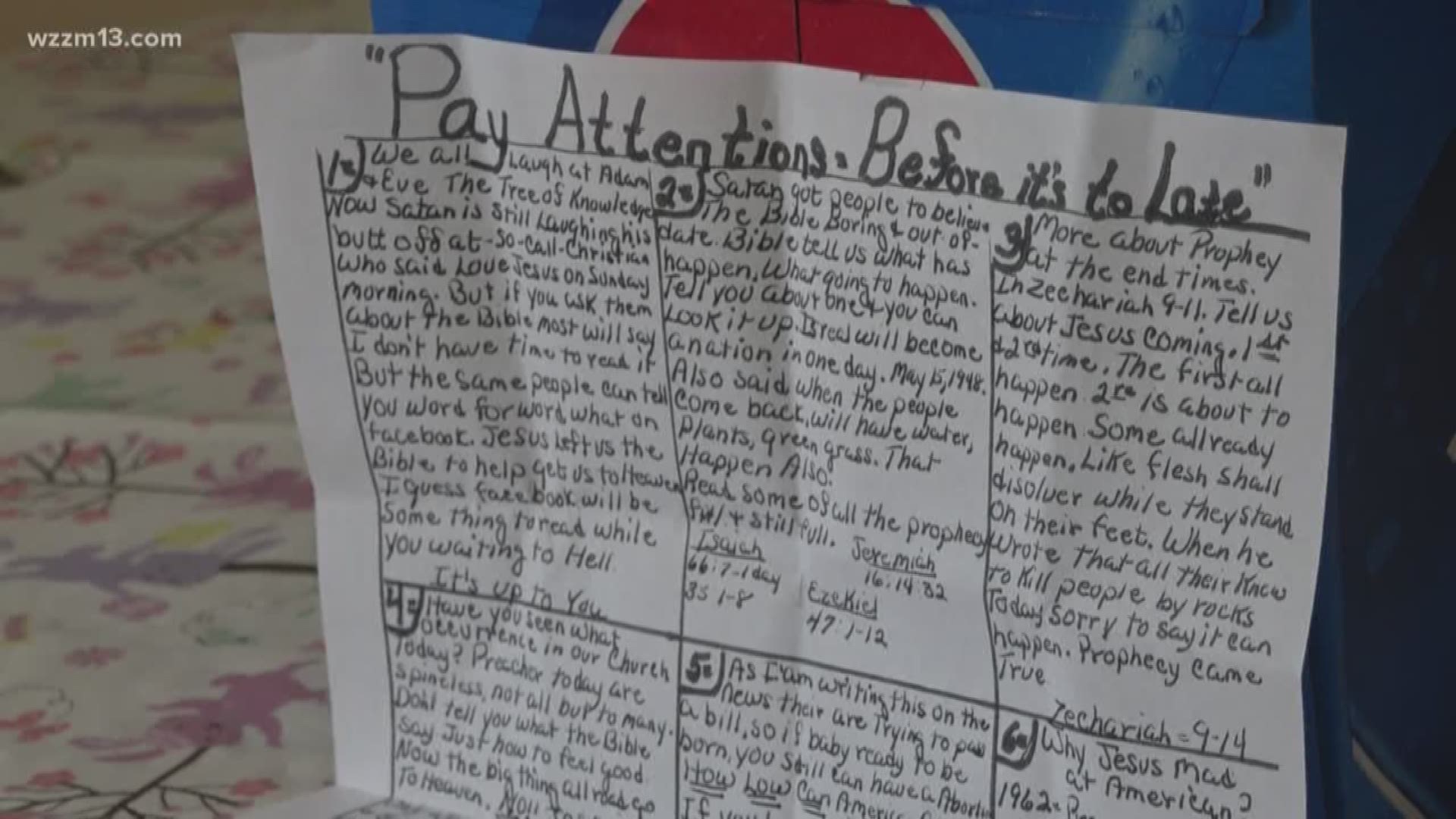 MUSKEGON, Mich. — The Adkins family are avid Pepsi drinkers, working their way through roughly one 24-pack of the soft drink per week. However, the family got more than they expected on April 1 after Leticia Adkins found a paper full of Bible passages and interpretations inside the soda casing.

“I went through about three or four cans, and when I pulled a can out, I felt something brush my hand. I'm like ‘what is this piece of paper?’ I opened it up and that's where I found the self-help with the scriptures on it,” Adkins said.

At first Adkins said she was startled. The more she thought about the surprise scripture, the angrier she grew, saying she felt like religion was being forced upon her.

“In today’s world, this is so not okay…Everybody wants their own, personal space. They do things their own way and your supposed to be accepting and respectful of each other,” Adkins said.

Adkins and her family were raised Catholic. She said they attend church on occasion but not regularly. She also noted that, “this type of stuff” is one of the reasons that she distanced herself from the church.

“I have my beliefs. Everybody has their own beliefs. I don’t buy pop to be preached to,” she said.

Adkins quickly weeded out the suspect pool. Starting with her kids and husband.

“I didn’t know. Since it was April Fool’s day, I thought maybe he did it, but then he said, ‘what’s that,’” Adkins said.

After retracing her steps and inspecting the soda’s packaging, which she said was perfectly intact when she purchased it along with all cans being sealed, she decided the scripture must have been slipped into the case upon packaging.

She promptly called Pepsi’s corporate offices and customer service. The representatives took the can numbers from the casing, gifted Adkins a coupon and told her they would look into the incident.

Adkins believes her paper is a copy of an original, hand-written prototype and believes there may be more of them inside Pepsi cases across the state or nation.

A Pepsi representative spoke to 13 ON YOUR SIDE, saying this event is unusual and only machines, not employees, are used in packaging products. Muskegon’s local Walmart said they have not heard of any additional findings of scripture.