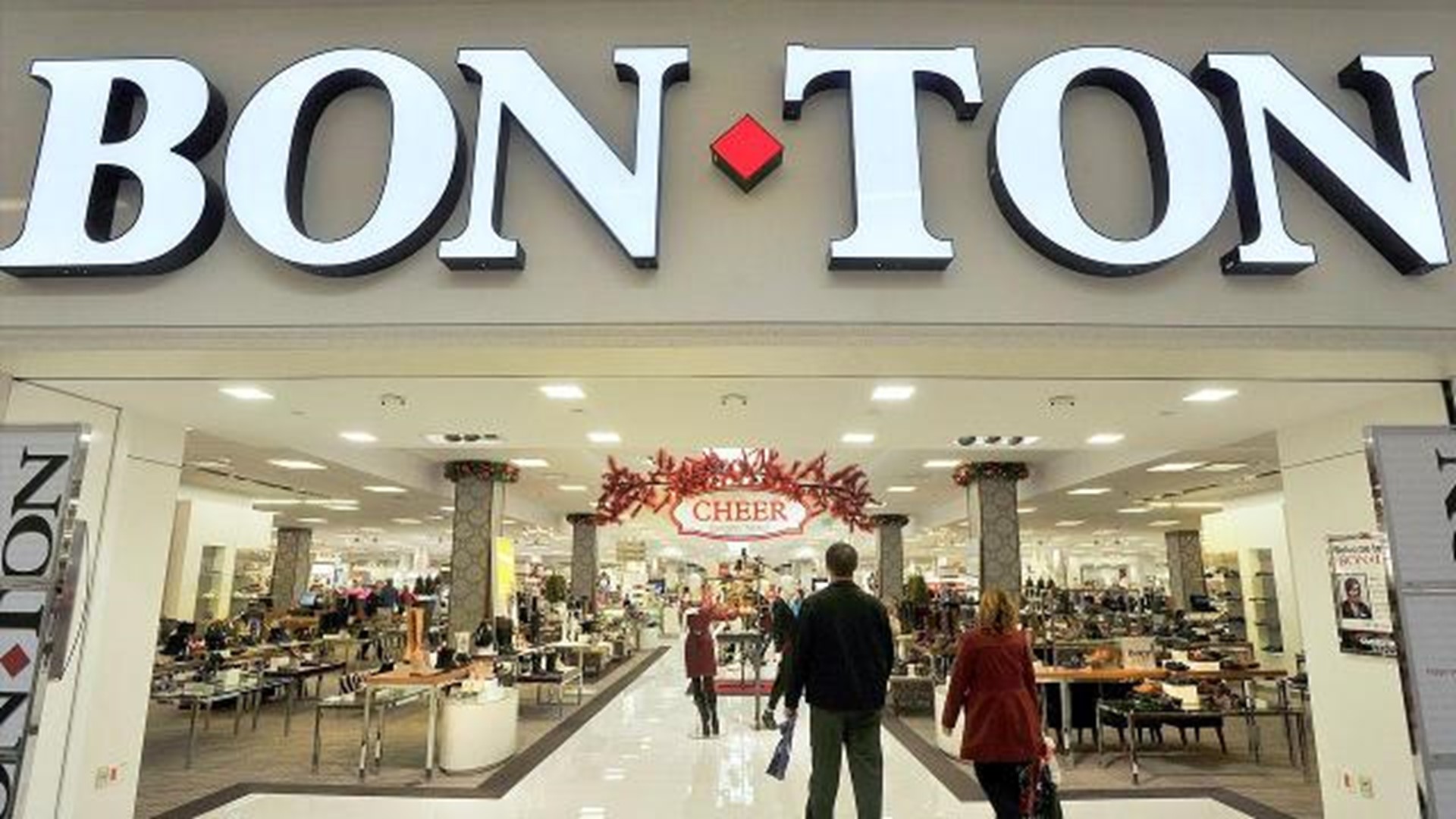 BEAVER DAM, Wis. -- Standing near the Boston Store last week, its windows plastered with signs touting everything inside — what’s left of it, anyway — as 80% to 95% off the original price, retired schoolteacher Lois Sell was feeling pinched by shrinking shopping choices.

Kohl’s is nearby, but it’s not her favorite. Downtown Beaver Dam has a boutique, she said, but “it’s very exclusive.” And she wouldn’t think of buying clothes at the local Walmart or Shopko.

“For someone my age that isn't something I would do,” said Sell, 85, of rural Juneau, Wis. “It just breaks my heart that the Boston Store is closing, because there is no place left to shop in this city."

The operators of Kohl’s less than half a mile away certainly would dispute that, but Sell isn’t the only small-city shopper to feel stung by the impending closings of more than 200 Boston Store, Younkers, Herberger’s and Elder-Beerman locations across the country, all part of the Bon-Ton Stores chain that is liquidating its merchandise and closing its doors.

What she does do — weekly if not more often — is shop at Boston Store, which has offered her the quality and selection of apparel she favors, but which, like the rest of the stores in the bankrupt Bon-Ton chain, either has closed or will do so in the next few months.

Many of those stores are in smaller cities that lack the population to also support a Macy’s or Nordstrom. Instead, they will be left with significantly less selection, less service, less convenience and increasingly limited brick-and-mortar options.

Credit: Rick Romell / Milwaukee Journal Sentinel
Retired schoolteacher Lois Sell of rural Juneau stands outside the Beaver Dam Boston Store, where she shops at least weekly. “It just breaks my heart that the Boston Store is closing because there is no place left to shop in this city,” she said.

And that’s something Sell doesn’t want to see.

“Unless you travel, we don’t have a lot to choose from here,” said Jennifer Pollesch, a sales associate at McKinstry’s Home Furnishings, a Beaver Dam institution so old (founded in 1858) that its first owner reportedly traded with Native Americans for supplies, and where a young Fred MacMurray worked (his tape measure is on display) before moving to Hollywood and starring in films such as Double Indemnity and the '60s sitcom My Three Sons.

More: End of Bon-Ton? Only two bids for parent of Boston Store, Younkers come from liquidators

Pollesch, 41, buys most of her dress pants at Boston Store. She gets her dressier tops there too. And her footwear.

“Shoes especially,” she said. “They carry a nice line of shoes.”

Now she’ll probably have to drive to Madison for those things.

“And that Boston Store is closing too,” she added.

Sue Goman and Carmen Davila of Milwaukee visited the Grand Avenue Boston Store to check out the sales.

The story is much the same in Manitowoc, Wis., where the imminent shuttering of Younkers will leave the once-thriving, now largely deserted Lakeshore Edgewater Plaza mall with just two tenants — a hearing aid shop and Wizard’s Kingdom, a children’s play spot featuring a ball pit, bouncy castles and arcade games.

“It’s just sad,” Milwaukee-area resident Mark Schmitt, who recently bought a condo in Manitowoc and plans to retire there, said as he left Younkers and its going-out-of-business sale. “I just walked through the store, and it’s just sad. … People in line were just saying all that’s left to shop is just Kohl’s and T.J. Maxx.”

Schmitt, 65, gestured across the street to a vacant space now covered with cracked, weed-choked concrete that years ago was the site of a larger shopping mall.

That’s one way of looking at it. Another is that this latest wave of department-store closings is simply part of the inevitable churn of an evolving retail scene. New ideas emerge and old ones falter, undercut by the new. Consumer preferences change, and businesses respond. People adapt.

“We have more than enough choice,” said retail consultant Anne Brouwer, a senior partner at Chicago-based McMillanDoolittle. “It’s just for some people this might have been one of their favorites, and it looks like it’s going away.”

Older shoppers may still be department-store loyalists, but younger people are not, and the overall effect on quality of life as such stores vanish is small at best, said Bill Ryan, community business development specialist with the University of Wisconsin Extension.

“I don’t really hear an outcry of complaints about it,” he said. “People move on.”

The closings of chain department stores don’t even pack much of an emotional punch, Ryan suggested. It’s nothing like the way people of, say, Beaver Dam, might feel about a business such as McKinstry’s, which has been in the same family for four generations and has occupied the same building for 155 years.

“The department store that we had 50 years ago, which was typically owned and operated by a local family for many years, had more of an attachment to people in the community,” Ryan said.

“It’s not like we don’t have enough stores in America,” Brouwer said.