Eat free at McDonald's for life with the McGold Card

How to eat free at McDonald's – for life 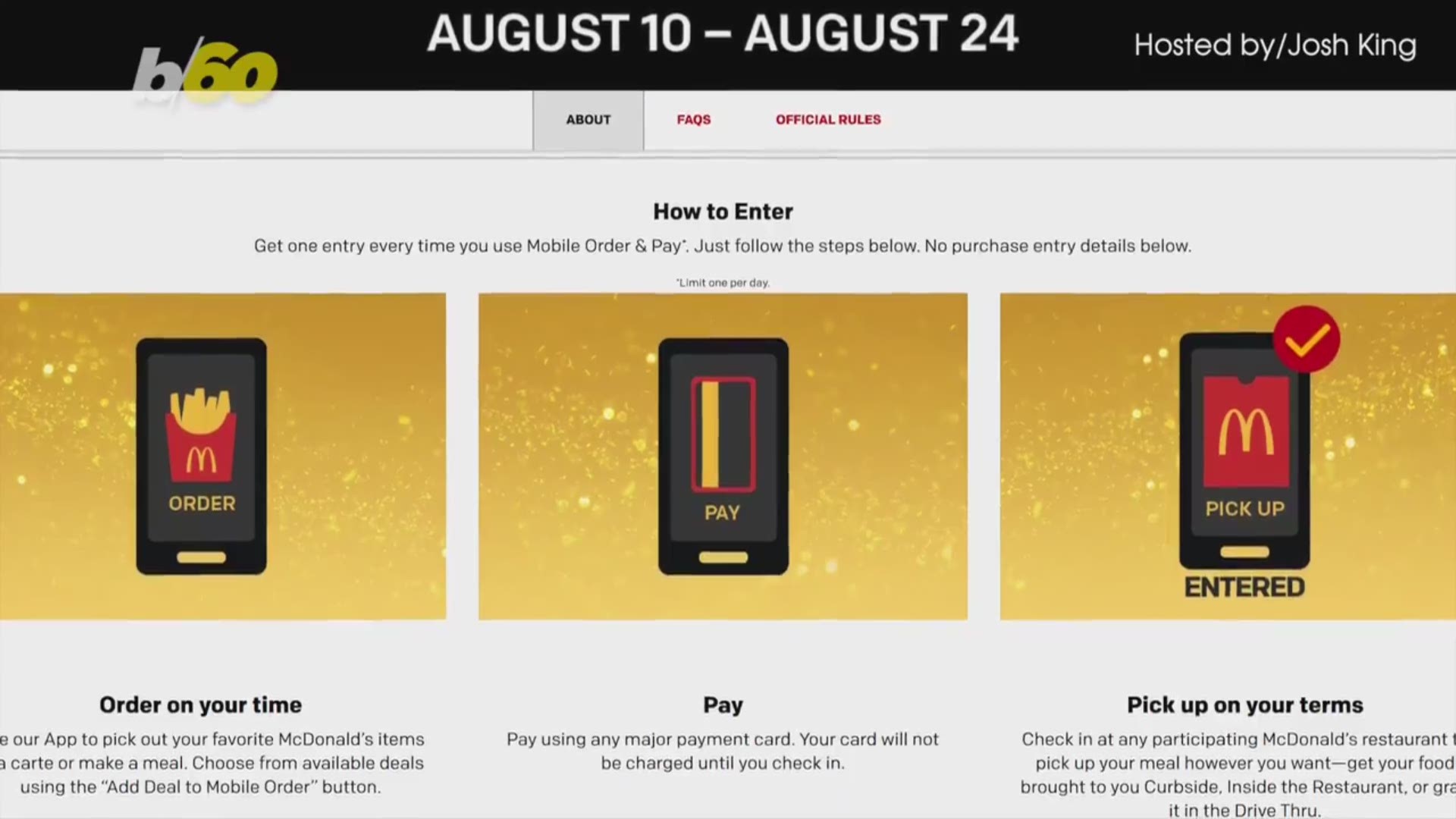 Credit: CONTRIBUTED PHOTO FROM MCDONALD'S
One winner will win an elusive McGold Card from McDonald's.

This is not a McDream, but for most McDonald's diners, it certainly is a McLongshot.

McDonald's is giving away free food "for life" in a contest aimed at boosting the popularity of its online ordering system.

The winner will receive what the company calls its new McGold Card, good for two free meals a week for 50 years. The prize is valued at $52,350, according to the contest website. The promotion starts Friday and runs through Aug. 24.

Still, if you love Big Macs, the prospect of being able to chomp through 5,200 over the next half-century might sound appealing.

Though intended to generate attention, the promotion actually could be a marketing McCoup for the Golden Arches.

“This is going to cost them less than one corporate Christmas party,” said Rob Frankel, a Los Angeles-based branding strategy expert. “I don’t think it’s going to do anything to encourage the app usage. You have a much better chance of winning a state lottery than picking something like this up.”

Credit: KELLY TYKO/TCPALM
To enter McDonald's McGold Card contest, place a mobile order on the McDonald's app. The app also has coupons including free fries with any mobile orders on Fridays.

McDonald's didn't release the odds of winning, saying in the contest's rules that they "will be determined by the number of eligible entries."

There will be only a single winner, which makes McDonald’s looks “incredibly cheap and chintzy,” Frankel said.

More: Fancy or cheap, McDonald's plans to offer a full range of burgers

More: Can bacon make everything on Chipotle's menu better? We may soon find out

The contest is similar to one run by coffee chain Starbucks, which was called Starbucks for Life, only not as generous.

For the coffee giant's fourth annual sweepstakes, which ended in January, five U.S. winners won the grand prize, worth up to $56,575 each, entitling them to a free beverage or food item of their choice once a day for 30 years.

Through Sept. 10, members of the Seattle-based chain's loyalty program can enter for one of three grand prizes – free drinks daily for 10 years, worth more than $18,300 apiece. Ten will win free drinks for five years, and Starbucks will award free drinks over shorter time frames along with smaller prizes such as  coupons.

There’s also a contest for nonmembers, where five will win free drinks for a month, worth $155.

Taco Bell gave a lifetime of food away in its “Eleven Everlasting Dollars” challenge in 2014. The odds of winning were steep at about 1 in 2.4 billion but 11 won the prize worth $10,000 each.

To enter McDonald's McGold Card contest, place a mobile order on the McDonald's app. Email entries also will be accepted and don't require a purchase.

In addition to the free food and bragging rights, the winner also gets a custom gold-plated phone case. 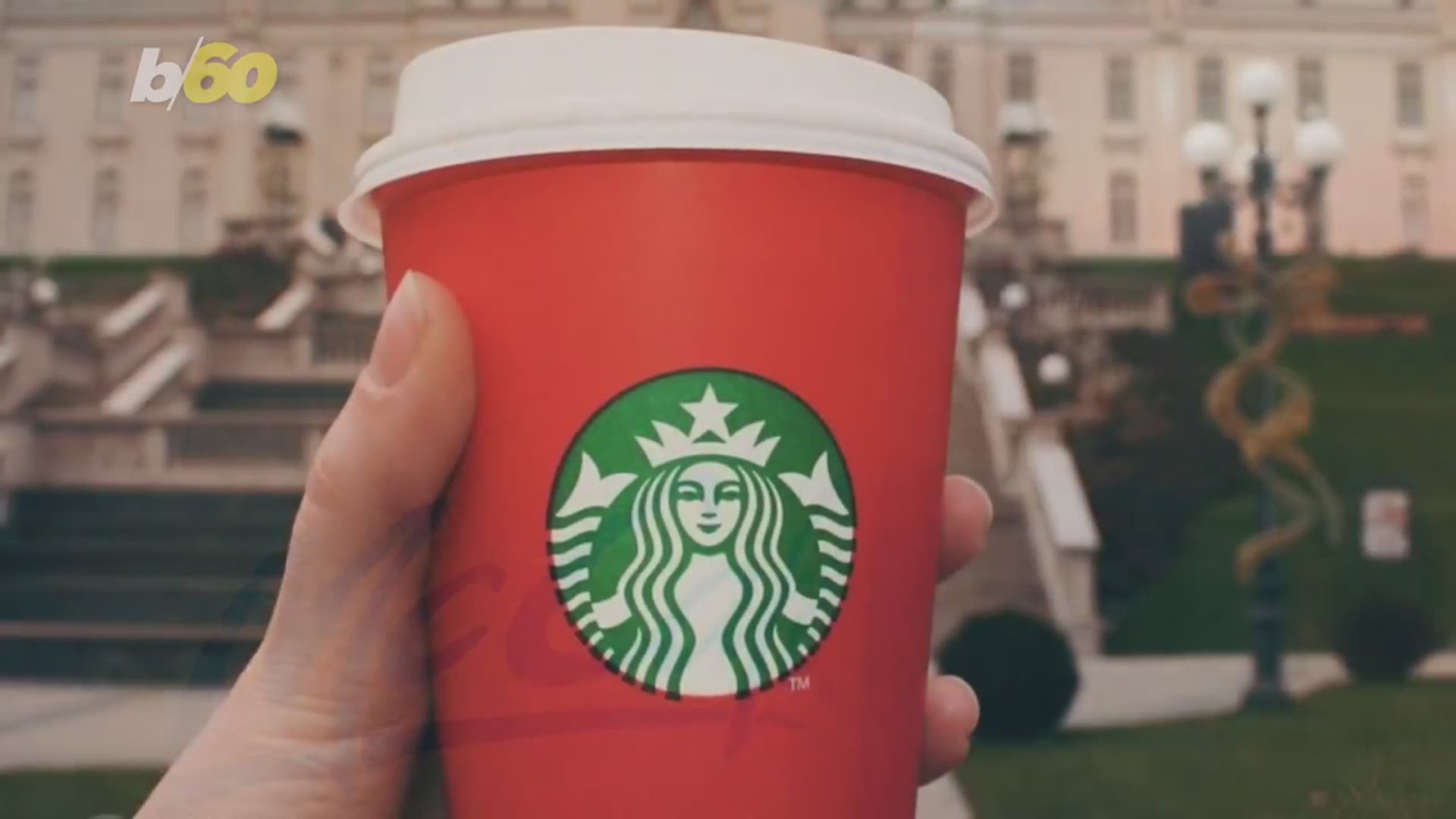 Kelly Tyko is a consumer columnist and retail reporter for Treasure Coast Newspapers and TCPalm.com, part of the USA TODAY NETWORK. Read her Bargainista tips at TCPalm.com/Bargainista, follow her on Twitter @KellyTyko and email her at kelly.tyko@tcpalm.com. Sign up for her weekly newsletter at www.tcpalm.com/featured-newsletter/bargainistabest.