Trump slams violent video games. For parents, ratings should just be a start 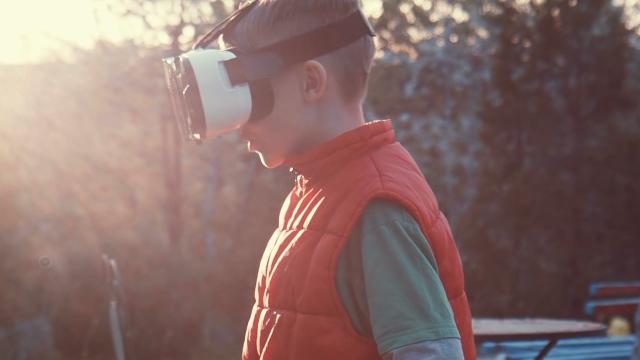 If you're wondering whether the video game your child is playing is appropriate, there's a long-standing rating system in place to guide you.

But that system, established in 1994 after Senate hearings into violence in video games, is "good but not perfect," says Jeff Haynes, senior editor for video games at Common Sense Media, a non-profit group that curates its own library of ratings and reviews of games, movies apps, TV shows and other content.

What that means is parents need to be especially vigilant when it comes to assessing whether the games their children play are appropriate.

The topic of violence and video games — and the games' rating system — are newly in the spotlight. They were the subject of a White House roundtable convened last week by President Trump following last month's shooting at Marjory Stoneman Douglas High School in Parkland, Fla., in which 17 were killed.

Trump has criticized violence in video games, as well as in movies and online, and said he believes there's a link between violence in entertainment and in society. Shortly after the 2012 Sandy Hook Elementary School shooting, he tweeted that video game violence is "creating monsters."

Video game violence & glorification must be stopped—it is creating monsters!

All video games sold at retailers and online carry a rating assigned by the Entertainment Software Ratings Board, and at least three trained raters assess each game. Ratings range from E for Everyone to the rarely used AO rating for Adults Only. A search of the ESRB's website found only 27 video games carry the AO rating.

Retailers are urged to display information about the ratings system and, generally, do not sell Teen-rated and Mature-rated games to the under-aged.

Games rated T for Teens 13-up may include content such as violence, suggestive themes and minimal blood. Games rated M may include intense violence, blood and gore, sexual content and/or strong language.

Not all violence is equal

Parents can look for game ratings at ESRB.org and download a mobile app for use when they are shopping. But not all violence is created equally, Common Sense Media's Haynes says.

Parents may decide their kids can handle violence against enemies that look "like inkblots" in the M-rated game Prey but may not be ready for the first-person combat of games such as Call of Duty, also rated M, he says.

Parents can use video game ratings to become more involved in their child's hobby, says Brian Crecente, editorial director for gaming site Glixel, and a father himself. This opens a window into how they behave online as well as invites discussions into events happening within a game, particularly titles focused more on storytelling, he says.

More: These are the video games the White House played in its meeting on game violence

But just looking at ratings isn't enough. "Things like the ESRB ratings (and) content descriptors are great if you’re shopping for a present ... or maybe it’s your nephew’s birthday or something," said Crecente. "But the way a parent should be involved in their child’s gaming habits is by playing games with them."

According to the Entertainment Software Association, the ESRB assigned 1,491 ratings in 2016. Only 11% were rated M for Mature — games for players age 17 and older— while 47% were rated E for Everyone.

But that small subset of M-rated games are often the titles generating the most attention and revenue. The military shooter Call of Duty, which like many popular games is played in a first-person perspective, has finished as the best-selling console video game in North America for the last nine years, based on data from research firm NPD Group.

The survey showed only 13% of underage shoppers were able to buy a game rated Mature, compared to 24% who successfully bought a ticket to an R-rated film.