Video of Amy Cooper, a white woman, went viral after she was seen on video calling police on Christian Cooper, a Black man who was in the park bird watching. 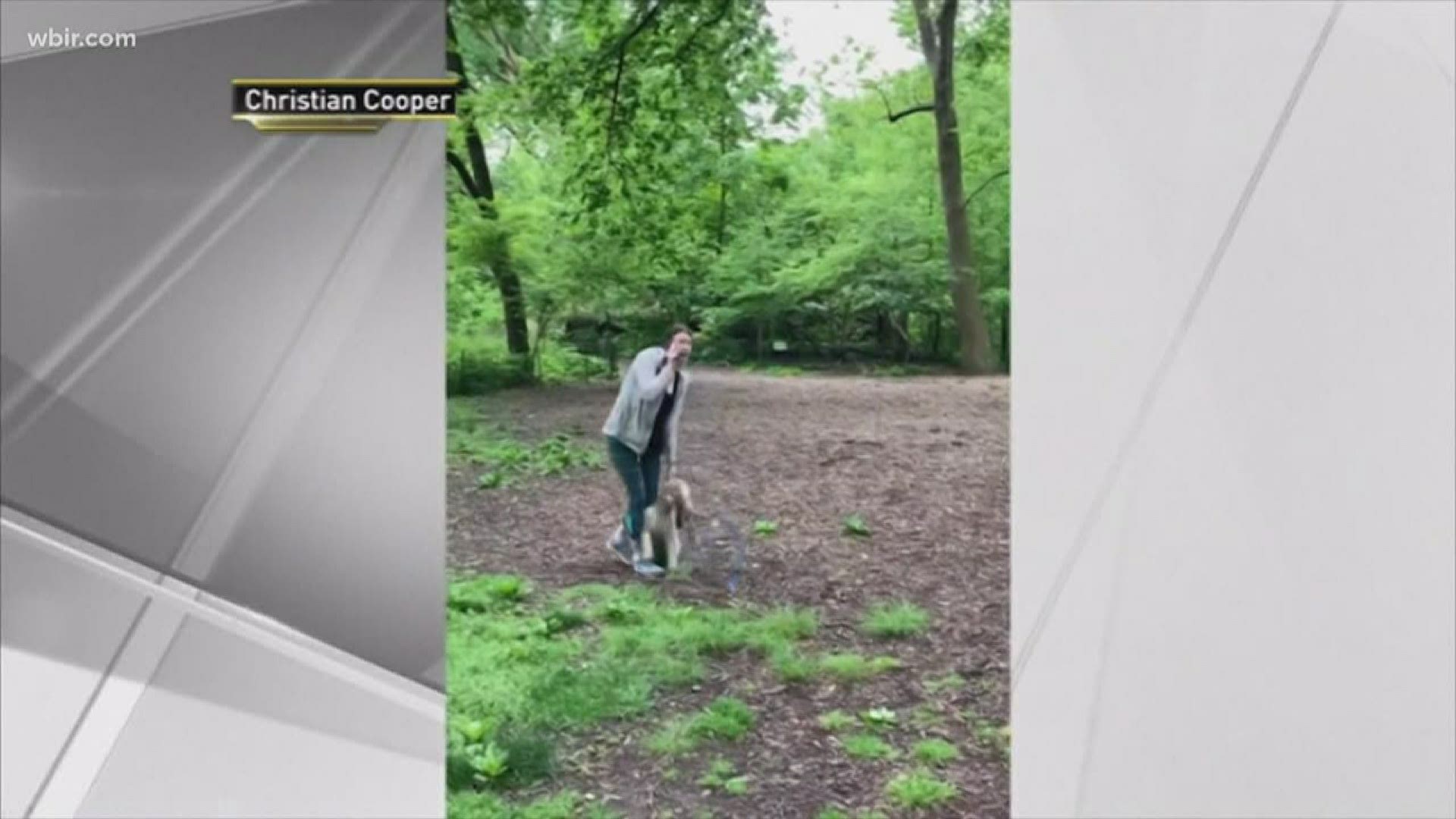 The woman who called police on a Black man who asked her to leash her dog in New York City's Central Park will face a false reporting charge, according to the District Attorney for Manhattan.

In May, Amy Cooper, a white woman, went viral after she was seen on video calling police on Christian Cooper, a Black man who was in the park bird watching. The two are not related.

In the video, Amy Cooper can be heard warning him she would call police unless he stopped recording.

"I'm going to tell them that there is an African-American man threatening my life," Cooper said in the viral video just before calling the police."I’m in Central Park, he is recording me and threatening myself and my dog. … Please send the cops immediately!” she says during the call before he stops recording.

On Monday, Manhattan D.A. Cy Vance, Jr. announced Cooper will face a misdemeanor charge punishable by up to a year in jail.

"Today our Office initiated a prosecution of Amy Cooper for Falsely Reporting an Incident in the Third Degree," Vance said in a statement. "Our office will provide the public with additional information as the case proceeds. At this time I would like to encourage anyone who has been the target of false reporting to contact our Office. We are strongly committed to holding perpetrators of this conduct accountable."

RELATED: Woman fired after calling police on man who asked her to leash her dog

Following the incident, Cooper was fired from her job at Franklin Templeton.

"We do not tolerate racism of any kind at Franklin Templeton," the company's May statement said following an internal review.

"I'm not a racist. I did not mean to harm that man in any way," Amy Cooper told CNN. She added she didn't mean any harm to the African-American community.

"When you're alone in the Ramble, you don't know what's happening. It's not excusable, it's not defensible," she said.

Christian Cooper told CNN he recorded the entire incident because of the importance of documenting things.

“Unfortunately we live in an era with things like Ahmaud Arbery, where black men are seen as targets. This woman thought she could exploit that to her advantage, and I wasn’t having it,” Cooper said.

Amy Cooper’s 911 call inspired New York state lawmakers in June to pass a law that makes it easier under civil rights law to sue an individual who calls a police officer on someone “without reason” because of their background, including race and national origin.

The new law, which the governor also signed last month, holds an individual who makes such 911 calls liable “for injunctive relief, damages, or any other appropriate relief” in a civil lawsuit.