Woman who returned Lady Gaga's dogs is among 5 arrested in dognapping, shooting incident

Detectives do not believe that the thieves knew the dogs belonged to the pop star, the Los Angeles Police Department said. 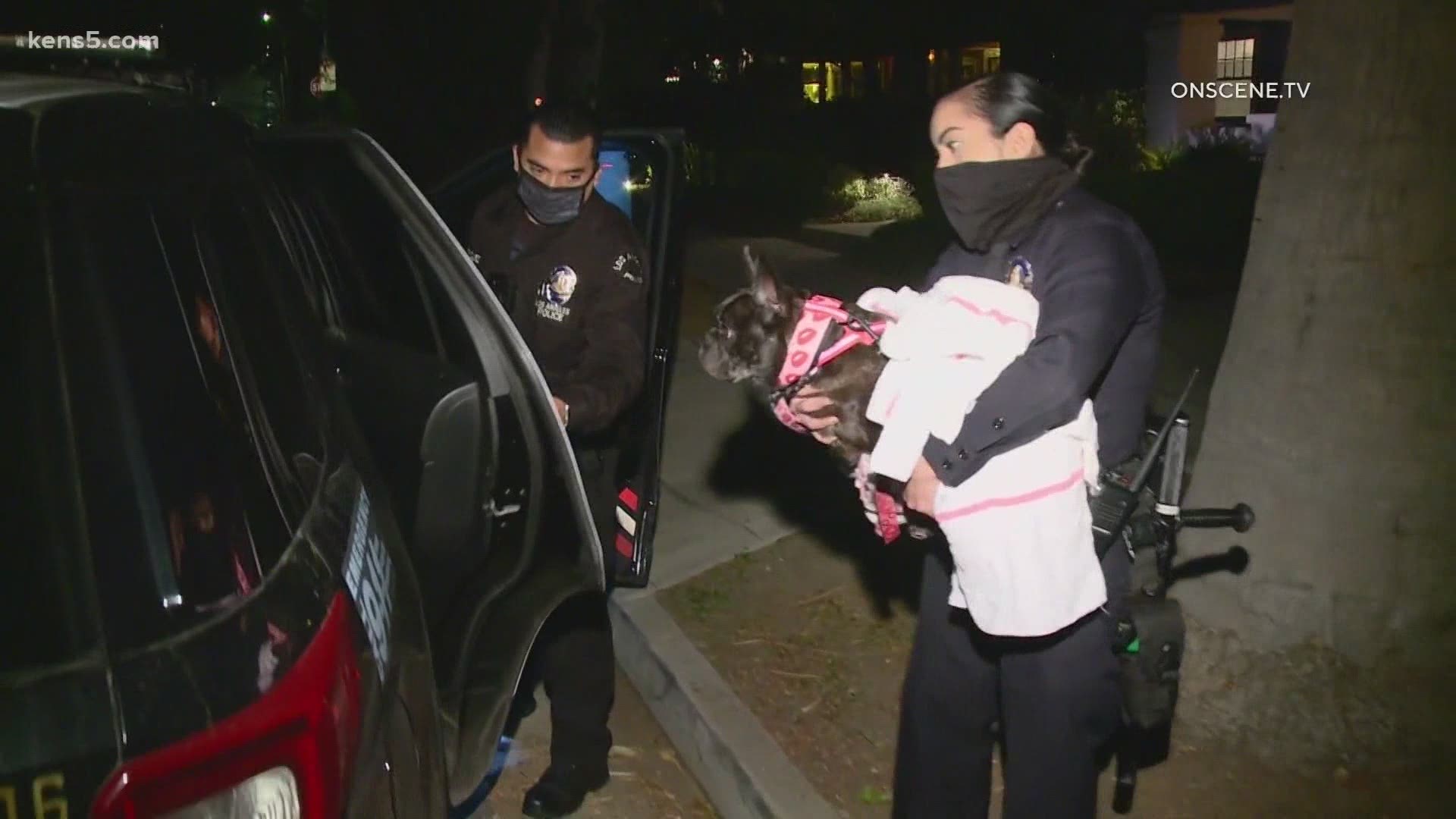 Detectives do not believe that the thieves knew the dogs belonged to the pop star, the Los Angeles Police Department said in a statement. The motive for the Feb. 24 robbery, investigators believe, was the value of the French bulldogs — which can run into the thousands of dollars.

The dog walker, Ryan Fischer, is recovering from a gunshot wound and has called the violence “a very close call with death” in social media posts. He was walking Lady Gaga's three dogs — named Asia, Koji and Gustav — in Hollywood just off the famed Sunset Boulevard when he was attacked.

Video from the doorbell camera of a nearby home captured Fischer’s screams of, “Oh, my God! I’ve been shot!” and “Help me!” and “I’m bleeding out from my chest!”

The doorbell video shows a white sedan pulling up and two men jumping out. They struggled with Fischer and one pulled a gun and fired a single shot before fleeing with two of the dogs, Koji and Gustav.

Lady Gaga offered a $500,000 reward — “no questions asked” — to be reunited with the dogs. The singer had been in Rome at the time filming a movie.

The dogs were returned two days later to an LAPD station by a woman who originally appeared to be “uninvolved and unassociated” with the crime, police initially said. It was not immediately clear if the woman, identified Thursday as 50-year-old Jennifer McBride, received the reward.

McBride turned out to be in a relationship with the father of one of the suspects, the LAPD said Thursday.

White's father, 40-year-old Harold White, and McBride were arrested on suspicion of accessory attempted murder. Jackson, Whaley and the Whites are all documented gang members, according to the LAPD.

The five suspects were charged Thursday by the Los Angeles County District Attorney's Office. It was not immediately clear if they had attorneys who could speak on their behalf.

All five were being held on $1 million bail each, online jail records show.

Lady Gaga did not immediately address the arrests on her social media accounts Thursday afternoon. Fischer and Lady Gaga's representatives did not respond to requests for comment.